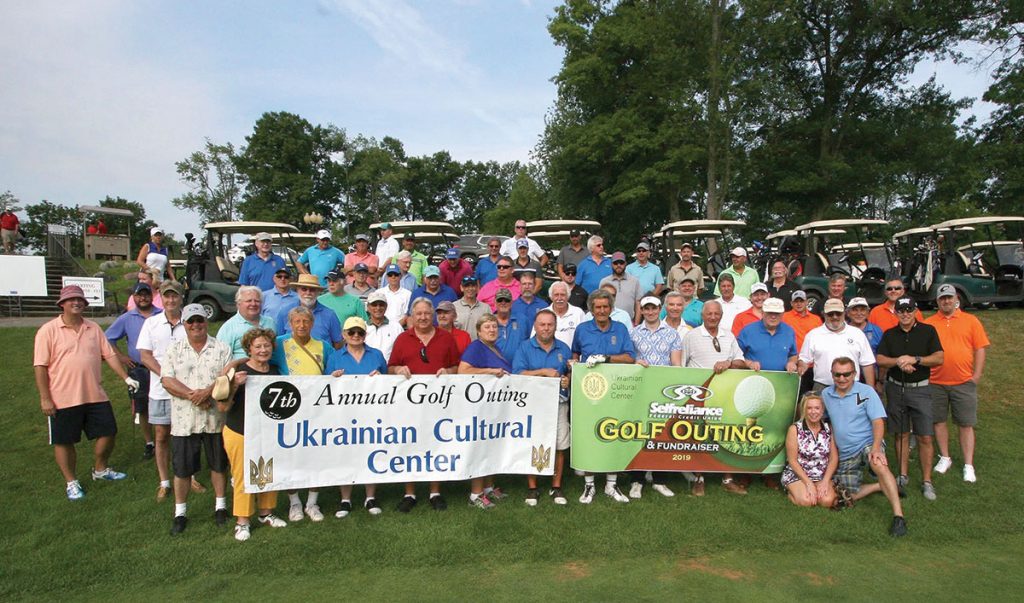 OXFORD, Mich. – Seventy-three men and women golfers from the metropolitan Detroit and Windsor, Ontario, area came together to participate in the annual golf outing and fund-raiser for the Ukrainian Cultural Center of Warren, Mich.

The scenic, rolling golfing venue at Devil’s Ridge Golf Club in Oxford, Mich., was enjoyed by all. The weather on July 27 was excellent, as was the camaraderie of this annual Ukrainian community event. The festivities and entertainment continued during the post-golf reception and dinner held in the clubhouse.

Prior to dinner, Walter Pytiak, master of ceremonies, introduced Ed Holowchak, chairman of the UCC Golf Committee, who thanked everyone for their participation. He also thanked Lesia Florchuk, general manager of the UCC and chairwoman of the board, for her dedication and tireless work managing the facility.

A special thanks also went out to the golf outing’s lead sponsor, Selfreliance Federal Credit Union based in Chicago, with its local branch in Warren, Mich., as well as to The Heritage Foundation for its support. These sponsors’ generous support helped make the event a fund-raising success for the Ukrainian Cultural Center’s activities.

After a delicious meal and tasty libation, Mr. Pytiak announced this year’s winners: Mark Kereliuk, Konrad Kamrod, Mark McCabe and John Lefler from Windsor, Canada. They were rewarded with prizes and rousing applause. Their victory will be enshrined on the UCC Golf Outing trophy on display in the Center Bar & Grill.

Second place was secured by the 2018 winners, Alex D. Maritczak, Paul Lukasik, Paul Kinal and Mark Weigle. Prizes were also awarded for longest drive and closest to the pin. All participants received gifts from both the Ukrainian Cultural Center and Selfreliance Federal Credit Union.

The golf committee looks forward to the eighth annual event scheduled for summer 2020 and to an expanded participation in this annual Ukrainian community event.