NATO chief demands Russia get out of eastern Ukraine 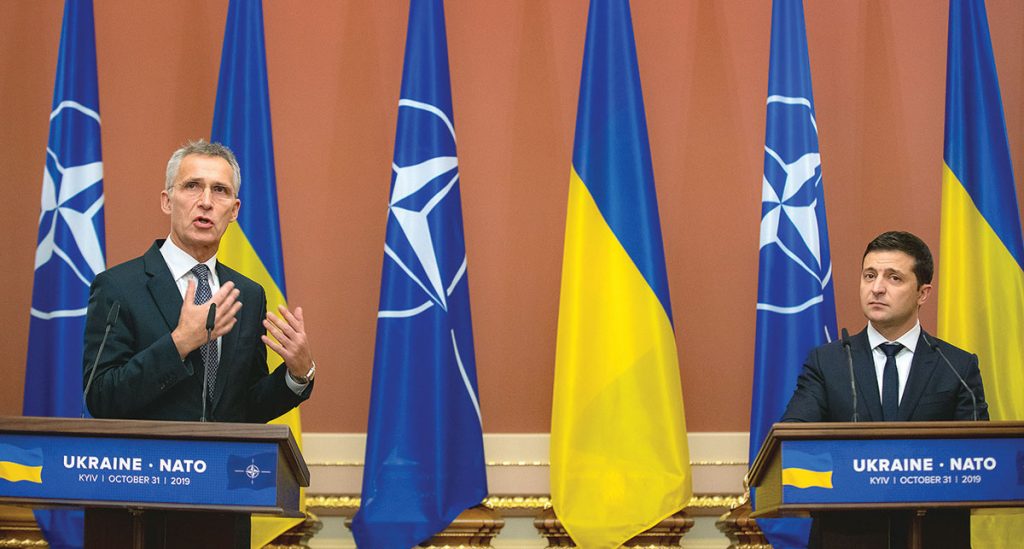 KYIV – NATO Secretary General Jens Stoltenberg has demanded that Russia end its support for separatists in eastern Ukraine and called on it to withdraw all Russian forces from Ukrainian territory.
Speaking at a press conference in Kyiv on October 31 after talks with Ukrainian President Volodymyr Zelenskyy, Mr. Stoltenberg also said Moscow must return three Ukrainian Navy vessels that its forces seized in the Kerch Strait off the coast of the Crimean Peninsula last November.
“NATO supports Ukraine’s sovereignty and territorial integrity and does not recognize the annexation of Crimea by Russia,” Mr. Stoltenberg said. “Russia must end supporting separatists in east Ukraine.”