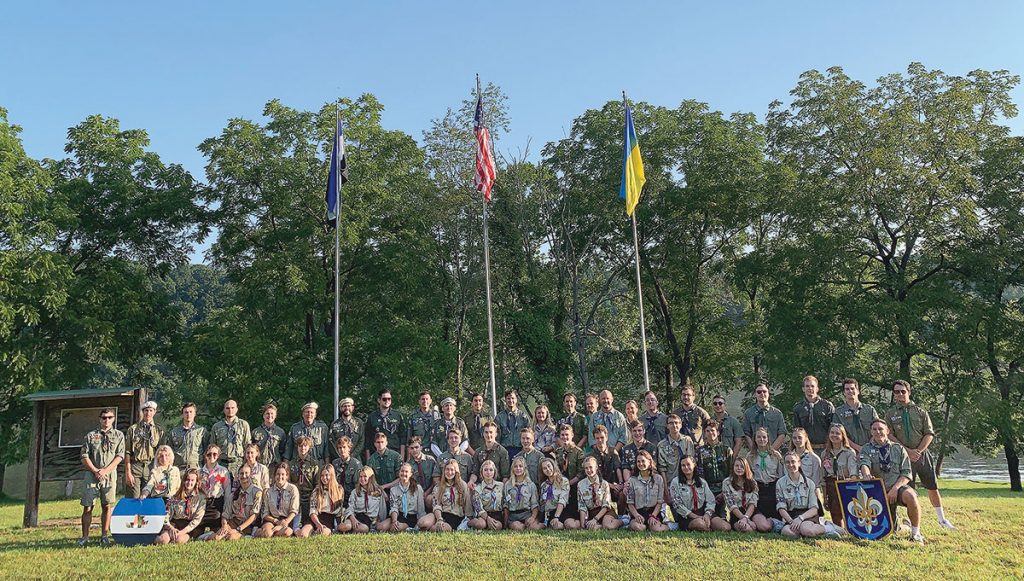 Of the 29 campers who participated, eight from the Passaic branch of Plast attended at no cost as a result of winning first place in Plast’s 2018 “Year of Sea Scouting” competition. Attendees hailed from eight different U.S. states and one Canadian province.

Senior sea scout Damian Handzy attended and welcomed the Plast scouts at the opening ceremony, as did another senior sea scout, Yuri Kuzmowycz, who was recognized for his 50th year of participation in these camps.

Instruction focused primarily on water skiing, wakeboarding, canoeing, sailing, skippering, swimming, lifeguarding and kayaking. Campers learned basic skills as well as the importance of safety. Each evening, after a full day of activities on the water, the entire camp enjoyed something different, including the traditional Ivan Kupalo event, bonfires, a luau and the Captain’s Ball under the stars.

The Plast sea scouting group plans to host this specialized camp again in August 2020 (exact dates are to be determined). Any proceeds continue to cover the cost for maintenance and repairs of the camp fleet and equipment, which are stored at Pysanyi Kamin Plast Camp in Middlefield, Ohio. For more information, readers may visit the website chornormortsi.org.