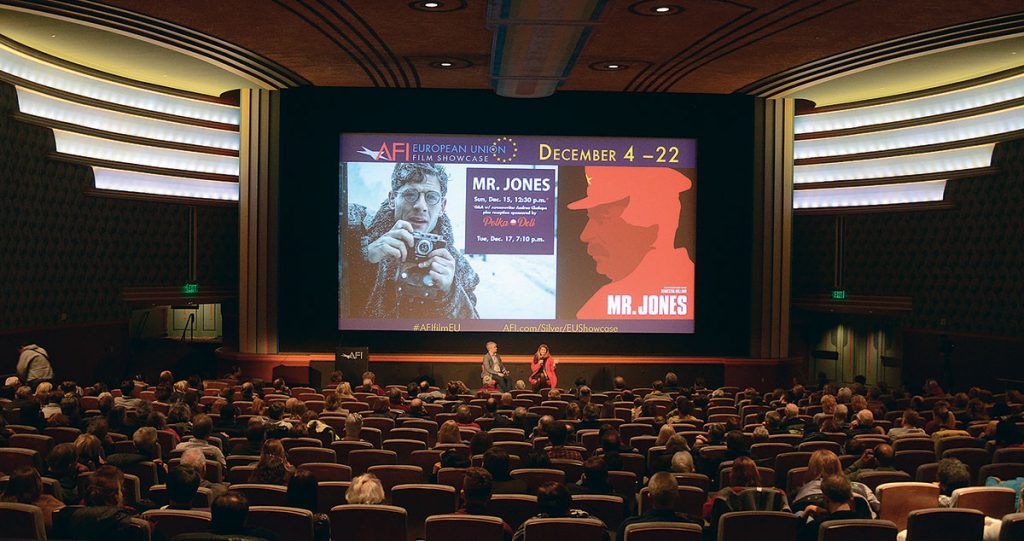 SILVER SPRINGS, Md. – Following the first of two showings in the Washington area of the new film “Mr. Jones,” describing the work of the Welsh journalist Gareth Jones in Joseph Stalin’s 1930s Soviet Union, the film’s screenwriter Andrea Chalupa discussed the story of what is now known as the Holodomor, and the hard work it took for Jones to gather the information and share that tragic history with the world. Jones secretly managed to visit Ukraine to witness and report to the Western world about the millions of Ukrainians starving to death as Stalin’s regime confiscated their wheat harvest and sold it to the West to finance his communist regime. In her hourlong discussion with the large audience on December 15 at the AFI Silver Theater and Cultural Center in Silver Spring, Md., Ms. Chalupa (in front of the screen) also noted that she expects it to be very difficult to spread the two-hour-long historic film in theaters throughout the country.