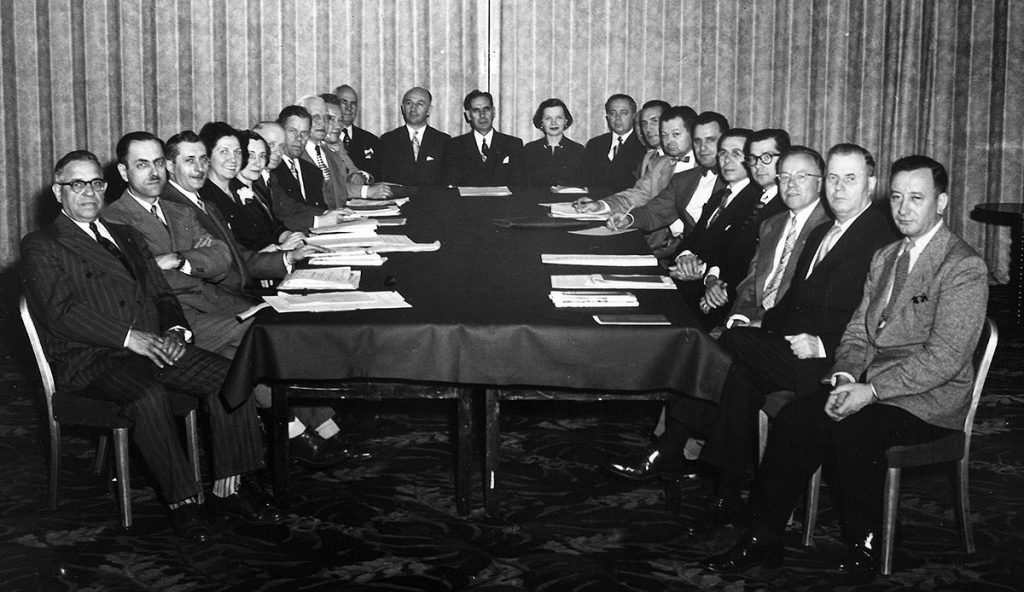 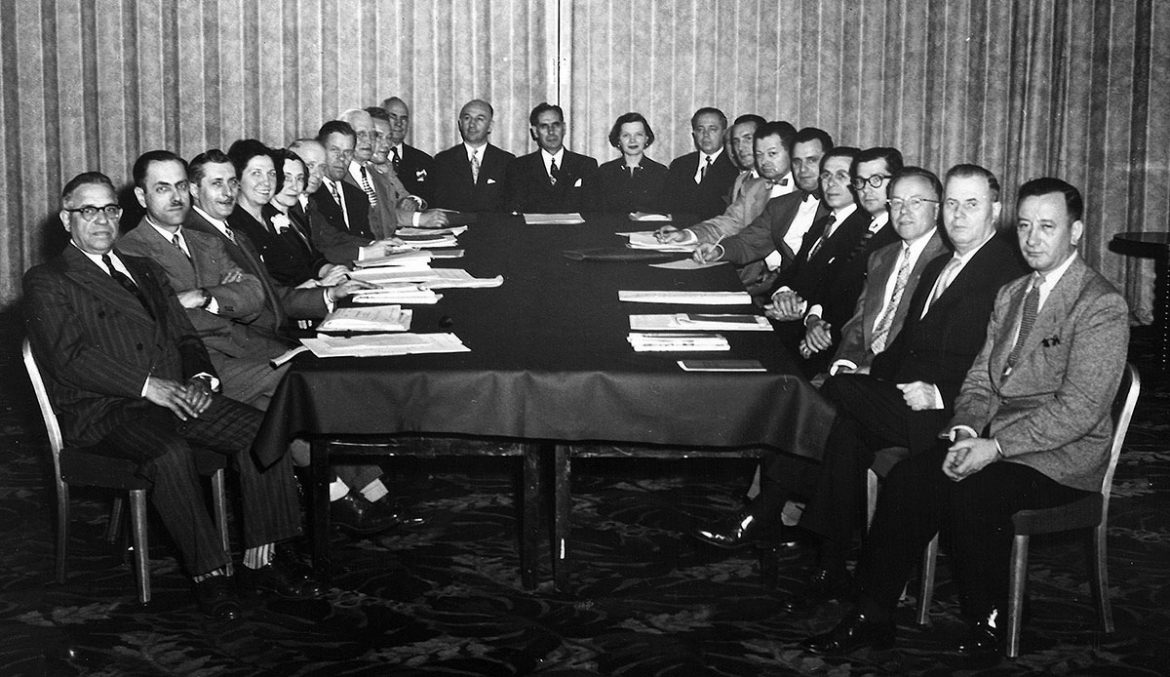 Seen above, at the 22nd Regular Convention of Ukrainian National Association, which was held on May 22-27, 1950, in Cleveland, are the newly elected members of the UNA Supreme Assembly, at their first post-election meeting. Elected to the new Supreme Assembly were: Supreme President Dmytro Halychyn, Supreme Vice-President Joseph Lesawyer, Supreme Vice-Presidentess Genevieve Zerebniak, Supreme Secretary Gregory Herman, Supreme Treasurer Roman Slobodian (who are seen at the head of the table), Supreme Auditors Dmytro Kapitula, Stephen Kuropas, Walter Hirniak, Walter Kossar and Ambrose Kibsey, and Supreme Advisors Dmytro Szmagala, John Romanition, John Wasylenko, John Kokolsky, Peter Kuchma, Walter Didyk, Nicholas Dawyskyba, Taras Shpikula, Olena Shtogryn, Anna Wasylowska and William Hussar. Also in the photo are Svoboda Editor-in-Chief Luke Myshuha (partially hidden) and The Ukrainian Weekly Editor Stephen Shumeyko. The Ukrainian Weekly’s editorial commented that the convention “marked the beginning of a new phase in Ukrainian American life, of which the organization and its Svoboda and The Ukrainian Weekly are in all truth its foundation. The new phase has been brought into being by the entrance into the ranks of the UNA of about 7,000 of the recently arrived former Displaced Persons.” The editorial also noted: “The introduction of new blood into the organization, that of the newly arrived, will give it greater strength and vigor. Its Ukrainian character will be bolstered.”