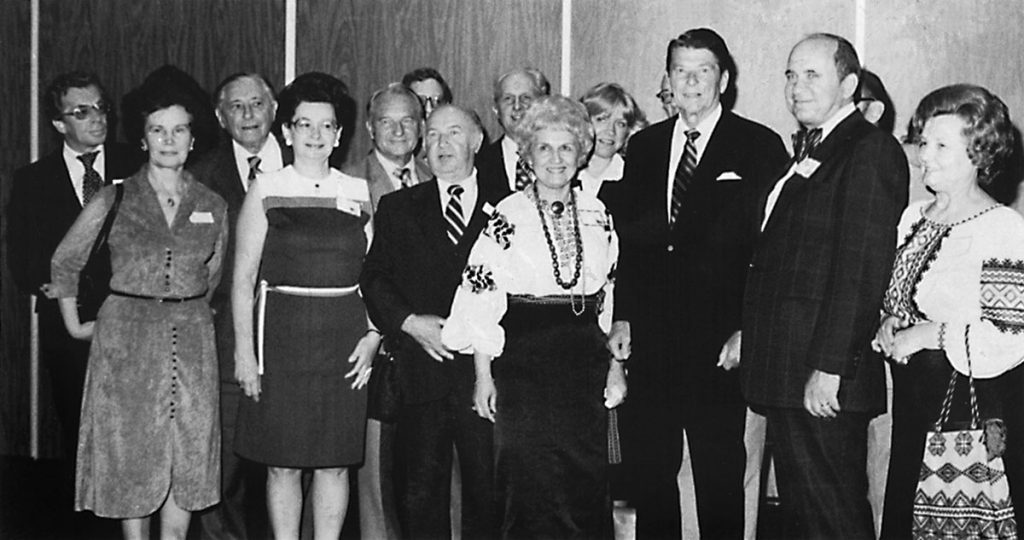 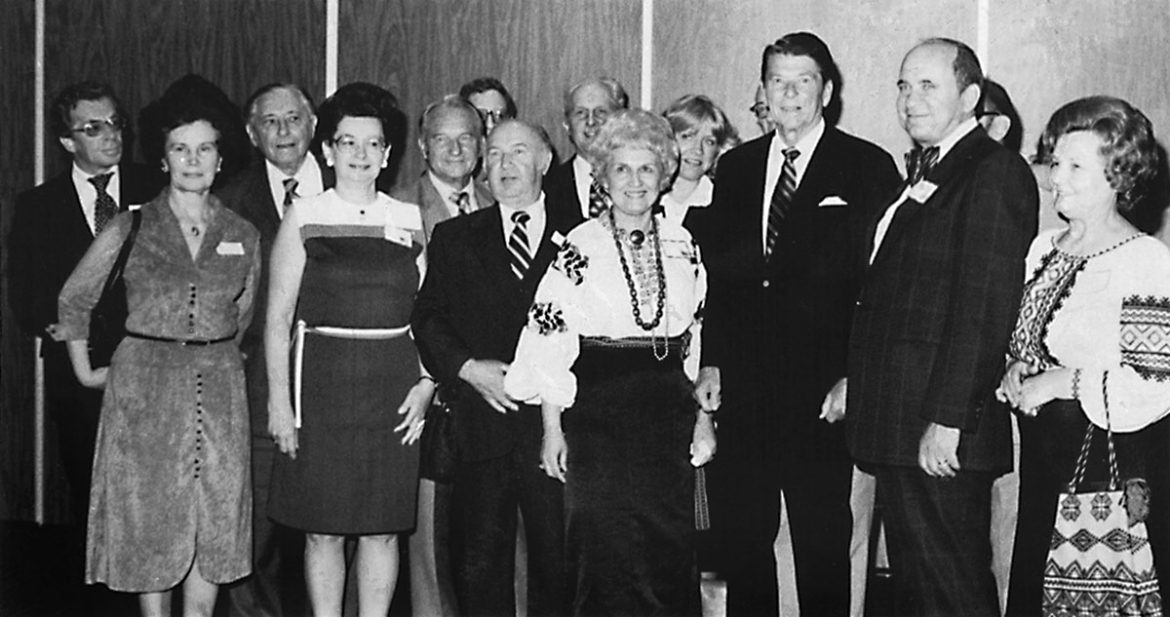 The Ukrainian National Association was present on June 19, 1980, at a meeting of Republican presidential hopeful Ronald Reagan with representatives of 17 ethnic fraternal organizations. Held at the luxurious Halloran House in midtown Manhattan, the reception was sponsored by the National Republican Heritage Groups Council. Gov. Reagan was greeted at the rostrum by master of ceremonies John Flis, UNA supreme president, and Mary Dushnyck, UNA supreme vice presidentess, a well-known Republican activist who acted as official hostess. Before any formal introductions were made, Mr. Reagan was given a traditional Ukrainian greeting with bread, honey and salt by students from the New York School of Bandura. Of all the ethnic groups represented at the reception, the Ukrainian contingent was the largest and the most visible. Besides Mr. Flis and Mrs. Dushnyck of the UNA, noted Ukrainian community leaders in attendance included Ivan Bazarko, UCCA administrative director, the Rev. Ivan Stevensky, spiritual leader of the League of Ukrainian Catholics, Walter Dushnyck, editor of The Ukrainian Quarterly, Roksolana Stojko, president of SUSTA, and representatives from the Providence Association of Ukrainian Catholics and other organizations. Also present were editorial staff members of Svoboda and The Ukrainian Weekly.