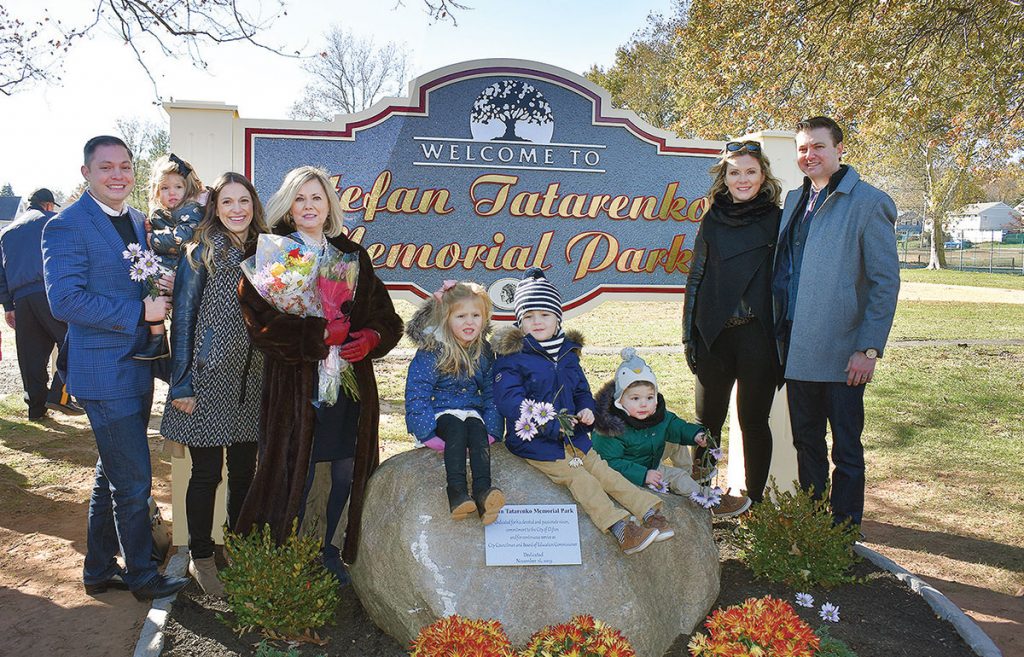 CLIFTON, N.J. – The city of Clifton paid tribute to the late Councilman Stefan Tatarenko. Instead of carrying the name of a Hollywood-inspired do-gooder, the former Robin Hood Park at 55 Broadale Ave. will now be named for a true hometown hero as “Stefan Tatarenko Memorial Park.”

The former city councilman, school board member and Vietnam veteran passed away a decade ago, on November 12, 2009, at the age of 62.

In a celebration on November 16, 2019, attended by clergy from Ukrainian Orthodox Holy Ascension Cathedral and St. Nicholas Ukrainian Catholic Church, elected and appointed officials from Clifton and Passaic County, along with more than 100 family and friends, Clifton Mayor Jim Anzaldi dedicated the park in Tatarenko’s honor.

“If there is a definition of a gentleman in Webster’s Dictionary,” said Mr. Anzaldi, “that was Stefan Tatarenko. He served his city with much dedication – as a member of the school board, and then I had the privilege of having him as a member of the City Council. He also has a wonderful family. He is missed.”

Both of Anna and Stefan Tatarenko’s sons, Peter and Andrew, spoke at the ceremony in tribute to their father.

“On behalf of the Tatarenko family, we are truly honored and humbled by this gesture to honor my father,” Andrew Tatarenko said. “It’s a cold day today, but the sun is shining down and I know my father is watching from above.”

“This park has a special meaning to our family. In 1977, my parents chose Clifton and purchased their first home on Priscilla Street. Twelve years later, we moved to the other side of the neighborhood to Friar Lane.

“I have many fond memories of my father here – teaching us how to ride a bike on this path, shooting foul shots at the courts behind me, taking my first baseball swing, playing tennis and coming to the park to practice our golf swing. It’s only fitting that this park was chosen to honor his legacy in Clifton.”

A true public servant, Tatarenko worked tirelessly to help others and better this community.

“He truly cared,” said son Andrew, “and always went above and beyond to help others in need.”