WHIPPANY, N.J. – The Newark, N.J., branch of Plast Ukrainian Scouting Organization on January 4 held its annual Christmastime “Svichechka” (candle lighting) ceremony, a tradition that symbolically unites the diaspora with Ukraine. As the Plast scouts’ candles were lit from the Bethlehem Peace Light, Plast members of all ages sang Ukrainian Christmas carols. Also during the gathering, the Newark branch of Plast, which is headquartered at the Ukrainian American Cultural Center of New Jersey in Whippany, gained 11 cub scouts – seven girls and four boys – who received their yellow neckerchiefs. 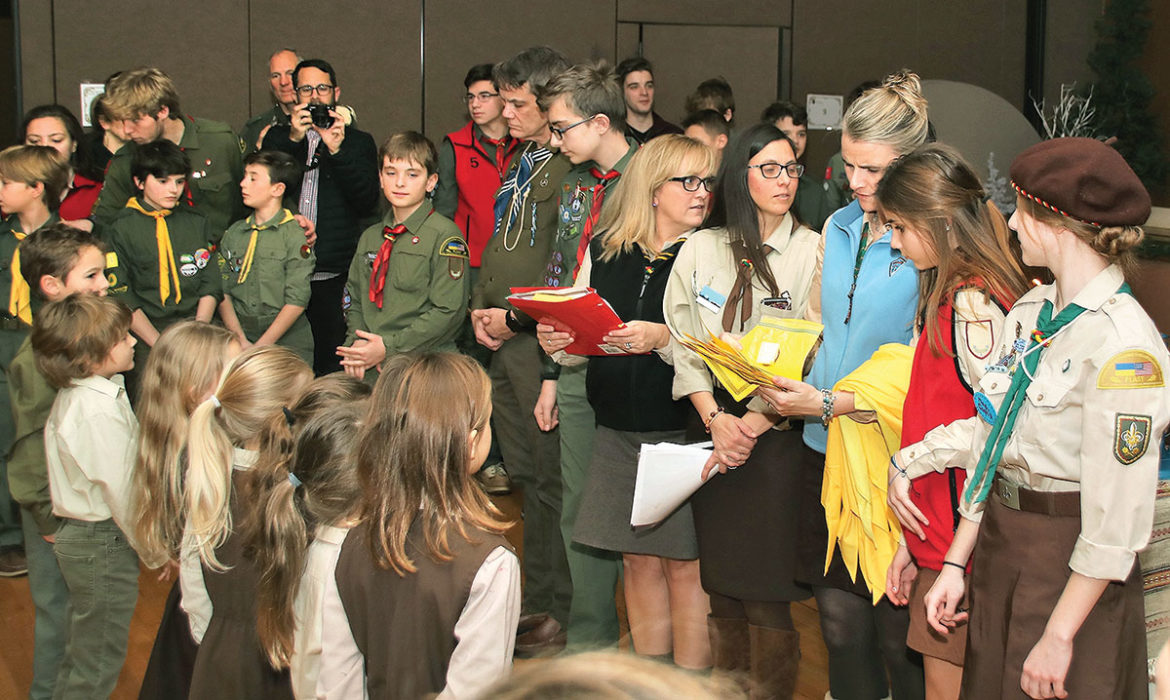 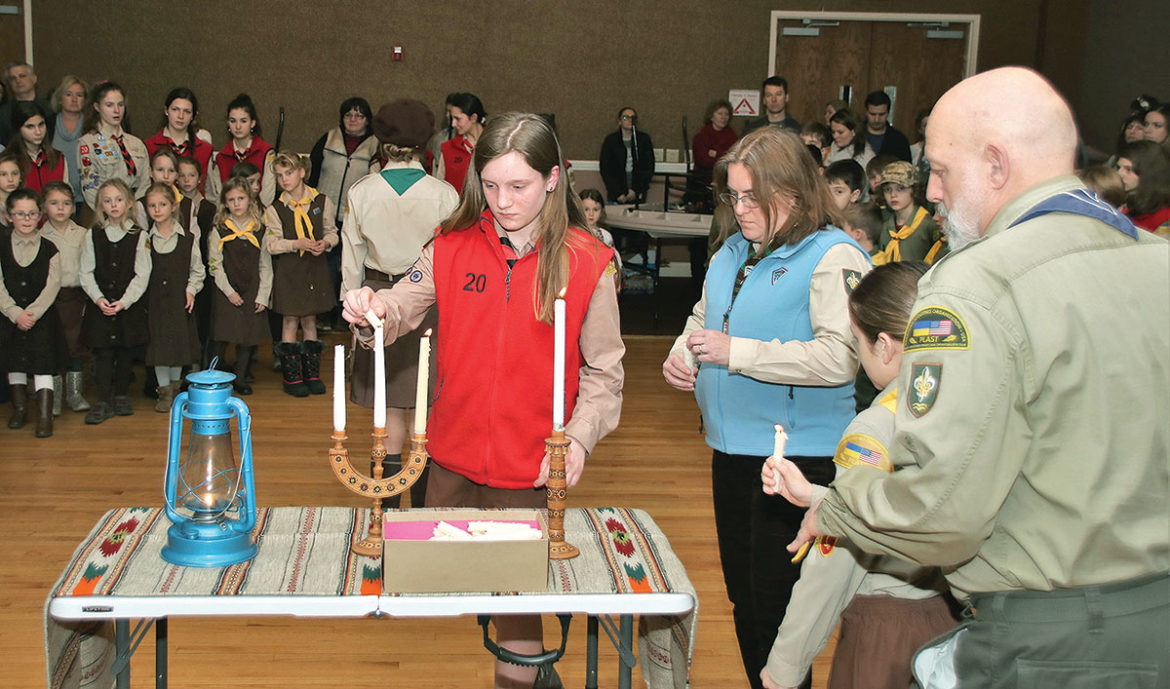