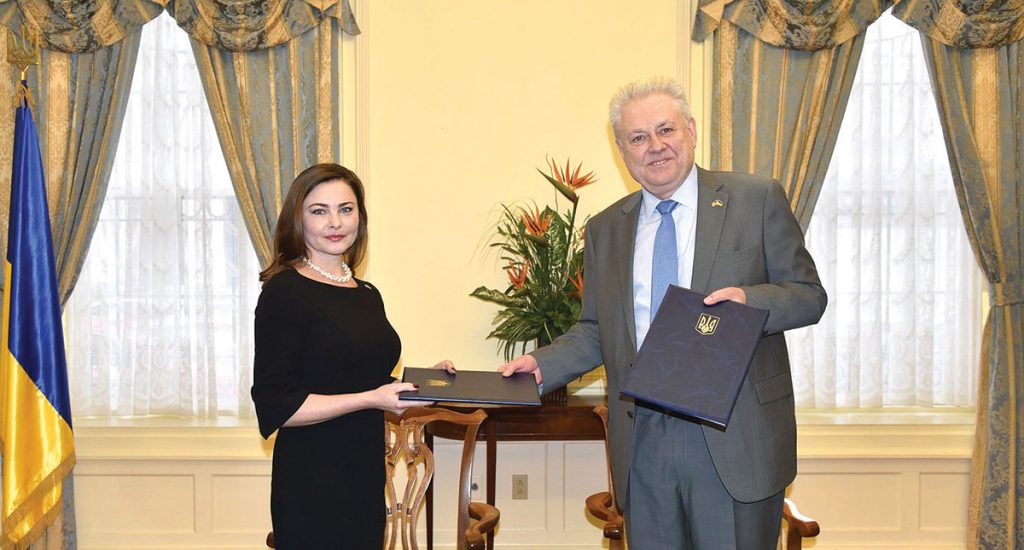 Embassy of Ukraine in the U.S.A.
Iryna Mazur, who has been named Ukraine’s honorary consul in Philadelphia, with Ukraine’s Ambassador to the United States Volodymyr Yelchenko.

WASHINGTON – Ukraine’s new ambassador to the United States, Volodymyr Yelchenko, and recently appointed Honorary Consul Iryna Mazur on January 11 took part in a ceremony at Ukraine’s Embassy during which an agreement about the creation of an Honorary Consulate in Philadelphia was signed.

“Providing closer ties w/ Ukrainian Americans is one of our major priorities,” the Ukrainian Embassy in the United States wrote on Twitter on January 11.

On December 19, President Volodymyr Zelensky appointed Mr. Yelchenko as ambassador extraordinary and plenipotentiary of Ukraine to the United States. He presented his credentials to President Donald Trump on January 6.