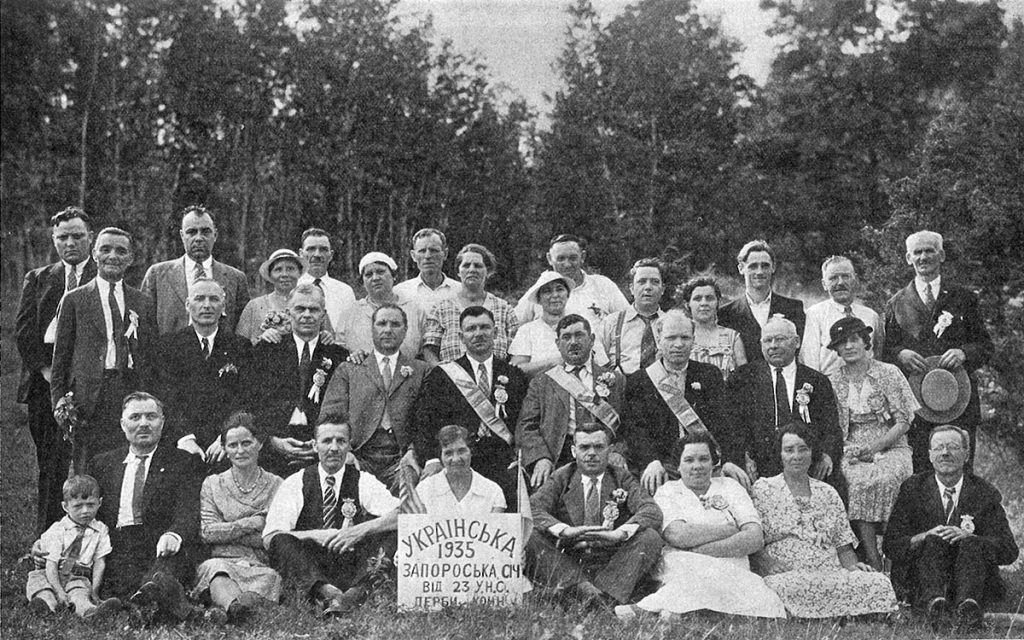 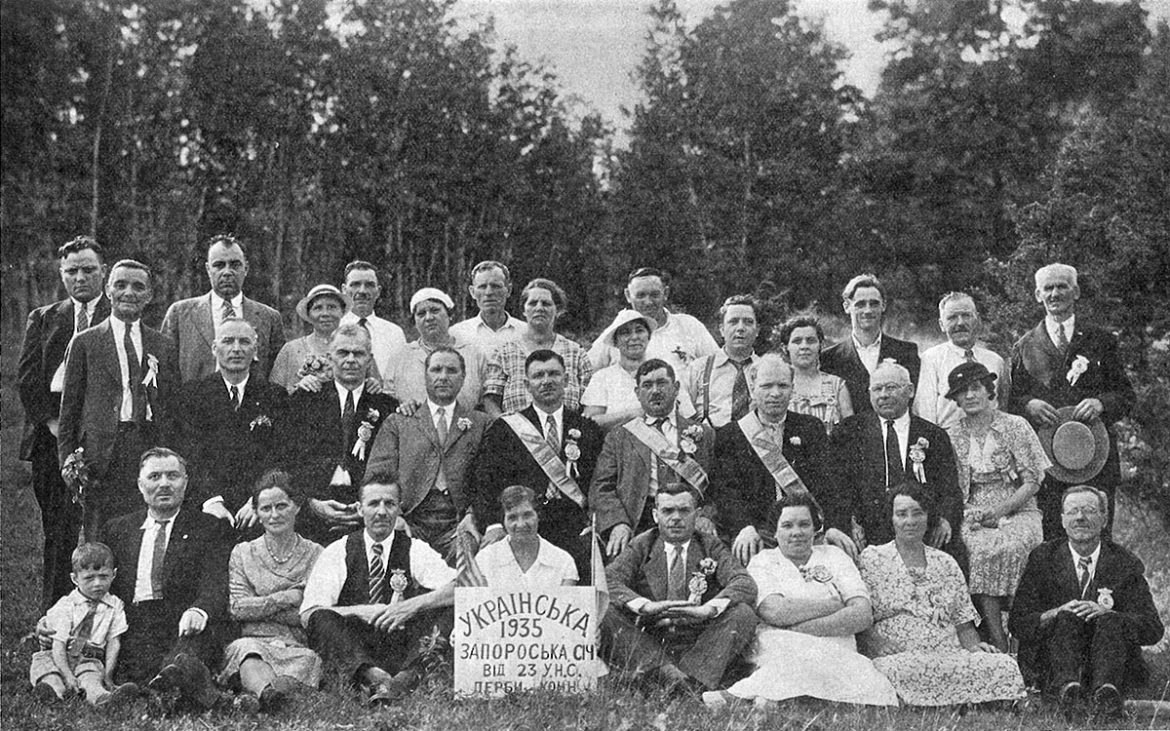 Seen in this photo reproduced from the 1936 Jubilee Book of the Ukrainian National Association, which was published by the Svoboda Press to mark the UNA’s 40th anniversary (1934) are members of UNA Branch 23, the Zaporozska Sich Society, in Derby, Conn., gathered for a group photo taken in 1935. The branch was founded on November 21, 1915, with 12 members. Its founders and first officers were Ivan Mokrytsky, president; Illya Hupalo, secretary; and Franko Spivak, treasurer. As noted in the Jubilee Book, UNA Branch 23 was active in supporting Ukrainian causes in the U.S. (churches, schools, aid to orphans, various groups) and in “the old country.” The funds for this activity came from the profits of events and from dues. The branch worked closely with the central leadership and local branch of the Organization for the Rebirth of Ukraine.