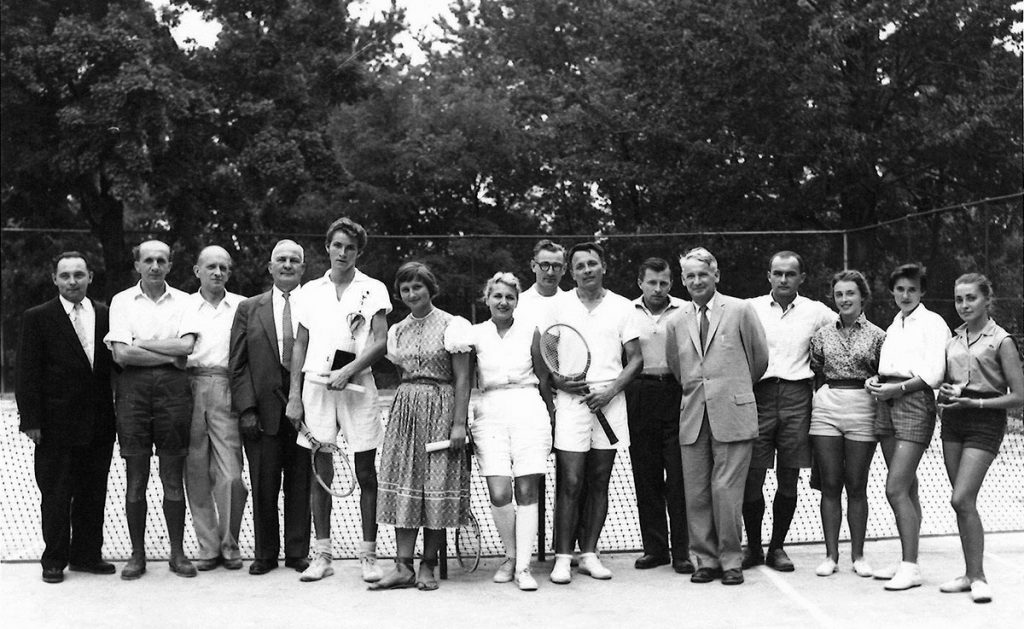 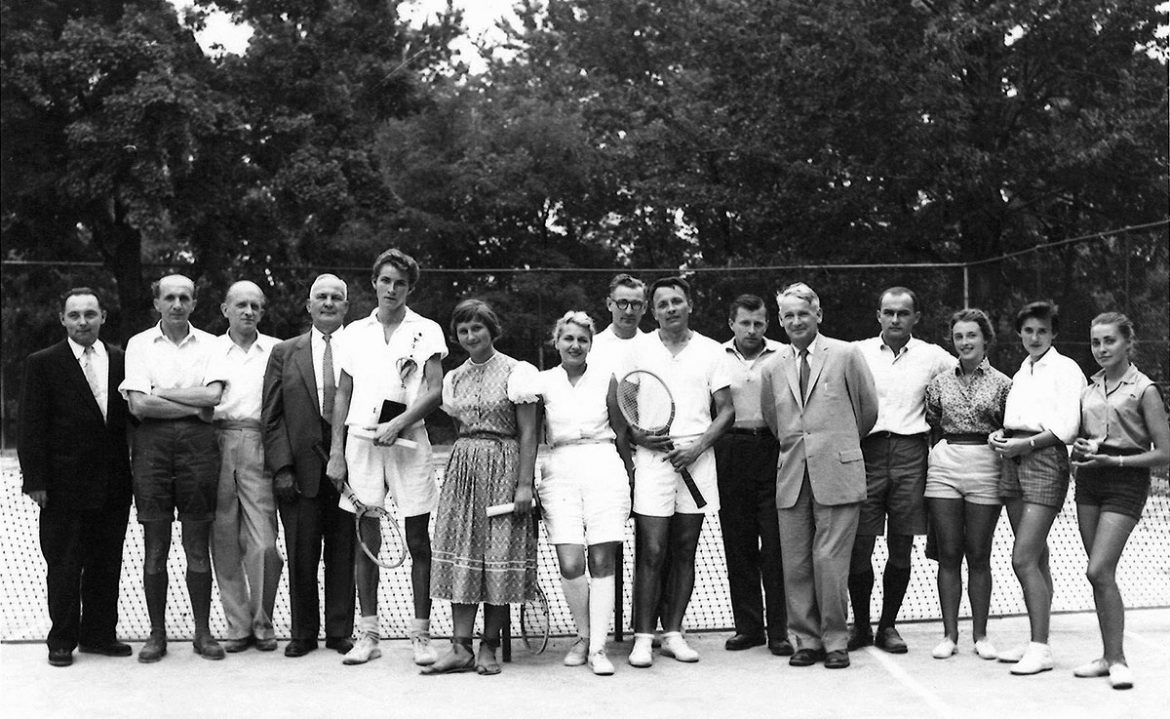 Seen in this photo from the archives of Svoboda and The Ukrainian Weekly are organizers and participants of the fourth annual Labor Day weekend tennis tournament held at Soyuzivka, then known as the Ukrainian National Association Estate, on September 5-7, 1959. According to a news story in The Weekly, 84 players representing nine Ukrainian sports clubs from the United States and Canada participated. The host of the tournament was the Carpathian Ski Club of New York under the able direction of Bohdan Rak, who had served in that capacity since the inception of the sports event in 1956. As identified on the back of the archival photo (from left) are: Soyuzivka Manager Walter Kwas, tournament committee member Taras Hrycaj, committee chair Mr. Rak, UNA Supreme Treasurer Roman Slobodian and George Hodiw (holding trophy). Also in the photo are: Mary Dushnyck (seventh from left) and Svoboda editor Bohdan Krawciw and George Kupchinsky (fifth and sixth, respectively, from right).