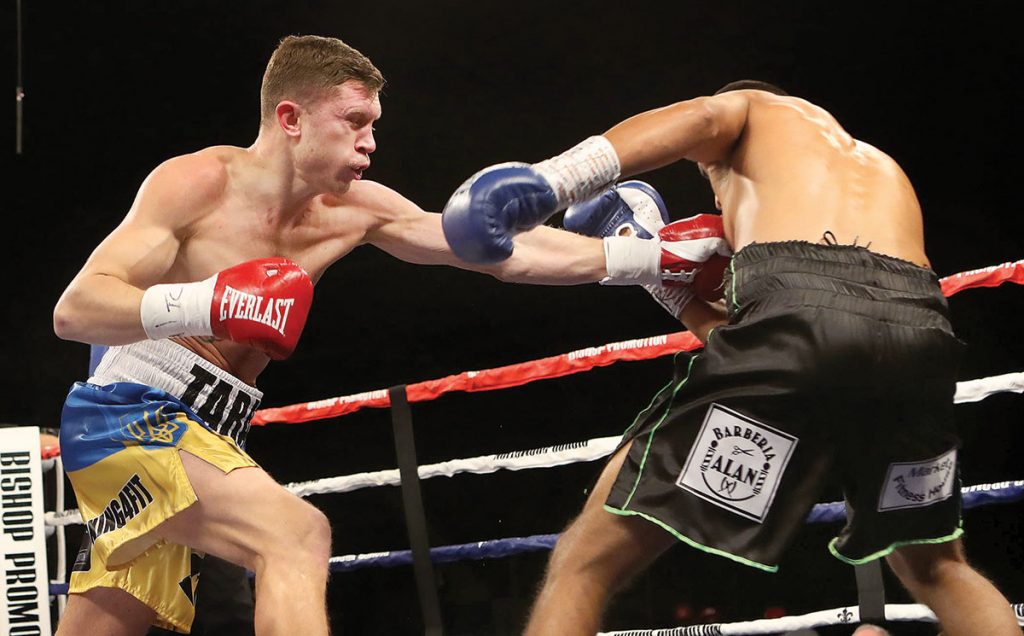 Andrew Karlov
Taras Shelestyuk lands a straight left to the body of Luis Alberto Veron of Argentina on January 31 at Hirsch Coliseum in Shreveport, La.

At the 1996 Games in Atlanta, Georgia – independent Ukraine’s inaugural summer Olympics – Wladimir Klitschko won the gold medal in the super heavyweight weight class. Klitschko was destined for historic success in the professional ranks, and his example paved the way for his country’s best ever boxing team – the 2012 squad captured five medals.
The marquee blue chip Ukrainian boxers to emerge from that historic team were gold medalists Vasyl Lomachenko and Oleksandr Usyk, who both enjoyed meteoric rises as professionals. The former is a three-weight champion through 15 contests, considered by many experts as the sport’s best pound-for-pound fighter, while the latter is the first undisputed cruiserweight champion to unify all four title belts (WBO, IBF, WBA, WBC) and is now on the road to heavyweight glory.