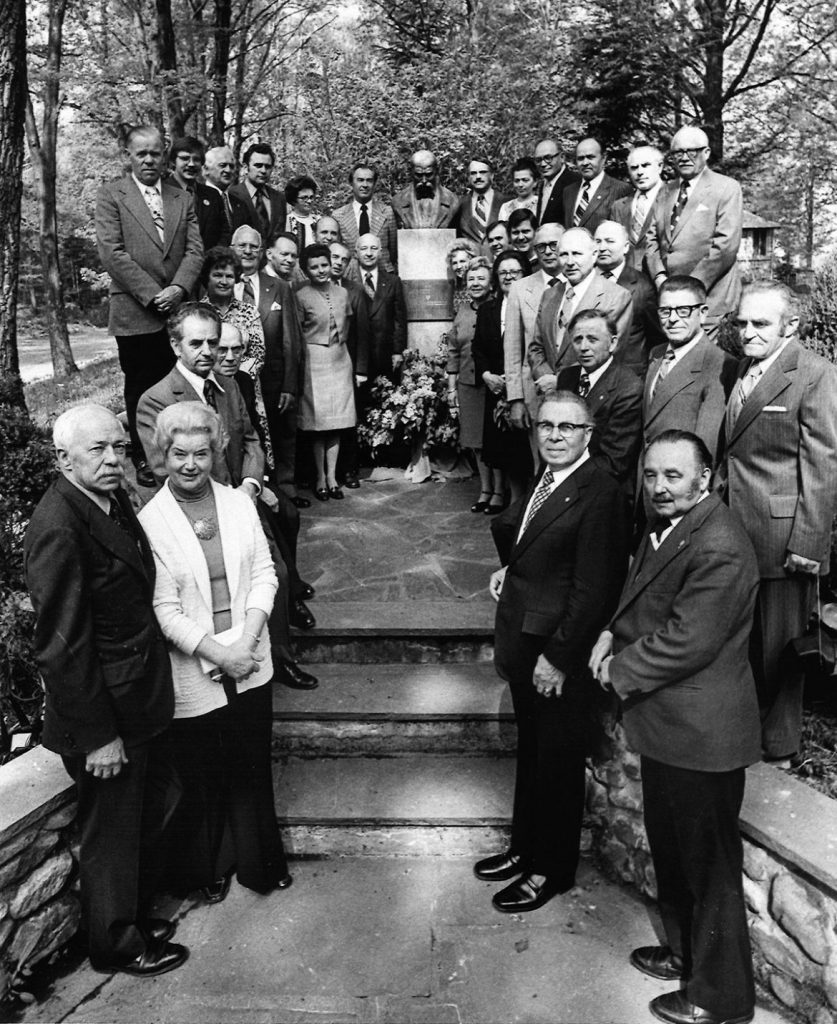 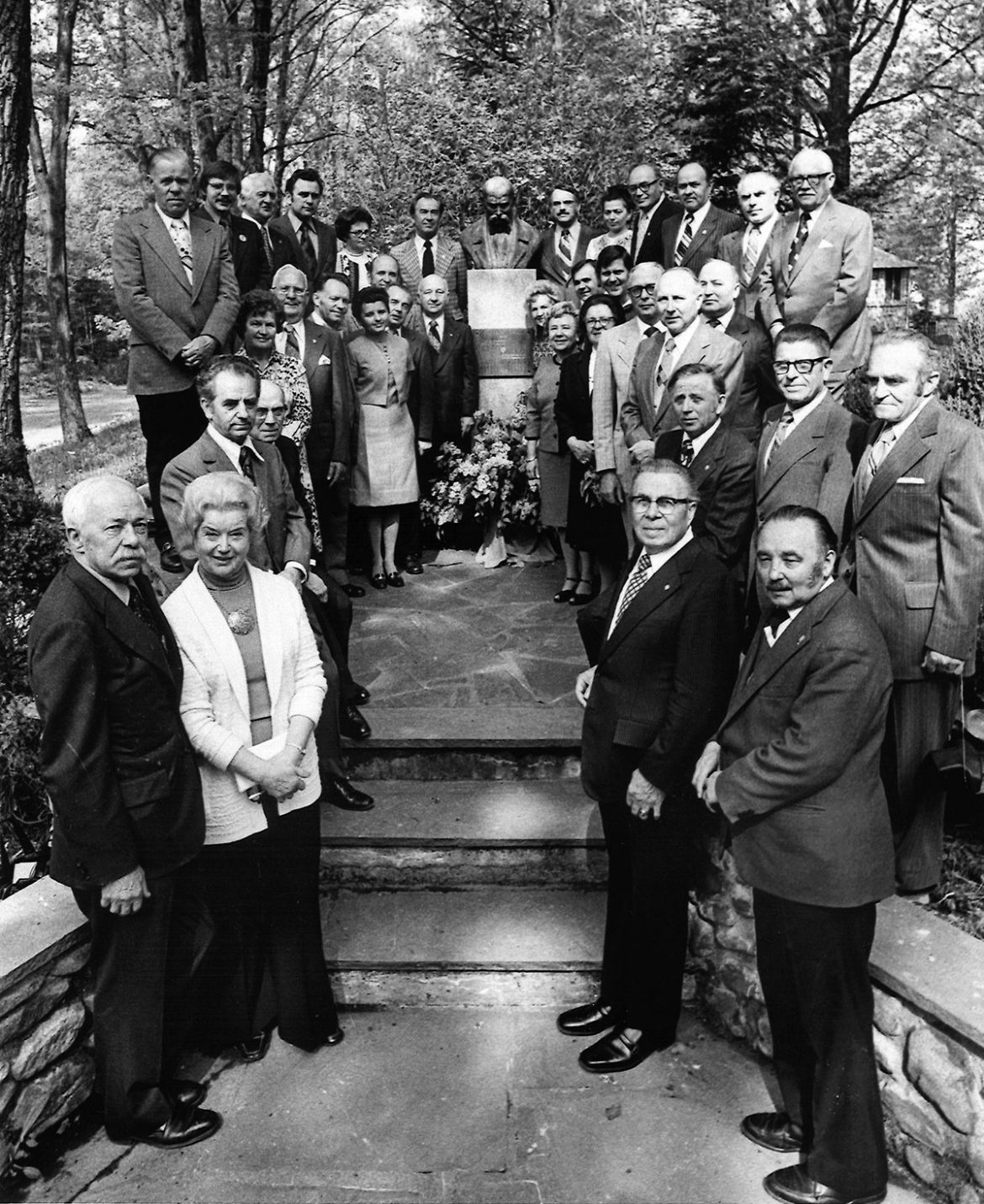 The UNA Supreme Assembly gathered for its 1975 annual meeting on May 19-23 at Soyuzivka. Its members (and some guests) are seen above during the traditional opening ceremonies. It was the first annual session of the 26-member body after the 28th UNA Convention held in 1974 in Philadelphia. The Supreme Assembly adopted a series of resolutions and a budget in the amount of $5,539,500 that foresaw $4,905,500 in expenses and an increase in assets of $634,000; awarded a total of $15,900 in scholarships to 95 student members; and approved $12,500 in contributions to various Ukrainian national causes. The Supreme Assembly also filled the vacant seat of Supreme Advisor Taras Shpikula, who had passed away in November 2014, by electing both John Odezynsky and Eugene lwanciw to full terms as advisors. Messrs. Odezynsky and Iwanciw had finished in a tie for the 14th position of advisor at the 1974 convention and had resolved to share the duties, with Mr. Odezynsky serving the first two years of the term and Mr. Iwanciw the second two years. The Assembly voted to elect both of them for full terms. Mr. Iwanciw, at age 22, became the youngest person in UNA history to be elected to the Supreme Assembly.

Thank you to Christina Hodiw-Juzych for additional information about the archival photo published in the January 19 issue as a snapshot from history for 1959. Also seen in the photo (fifth from left) is her brother, George Hodiw, who is seen holding a trophy.