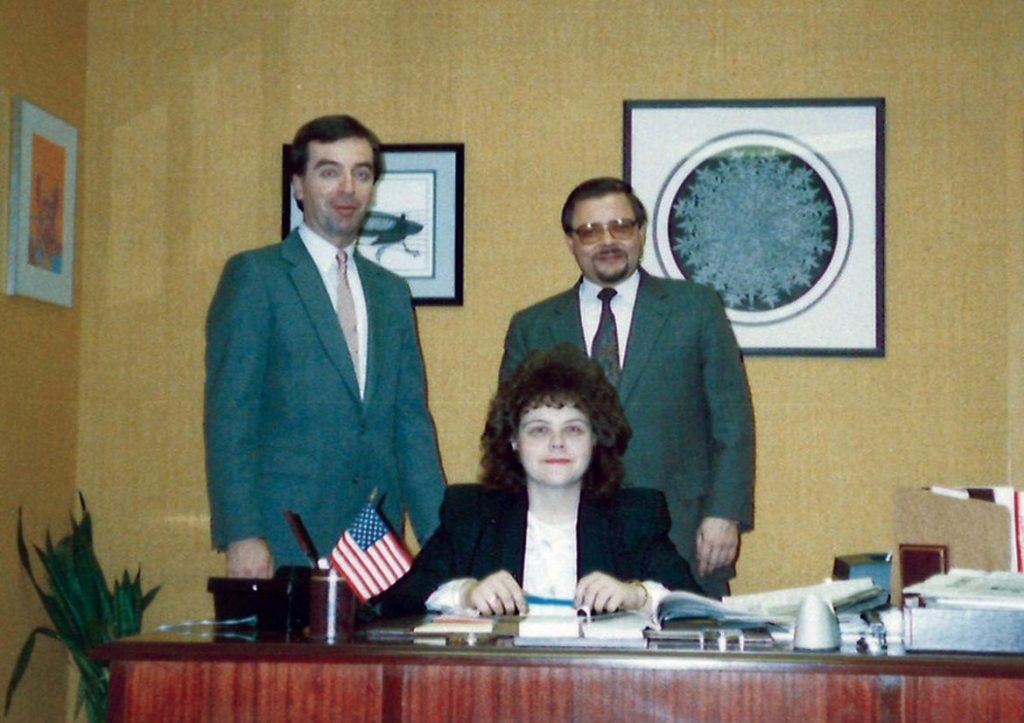 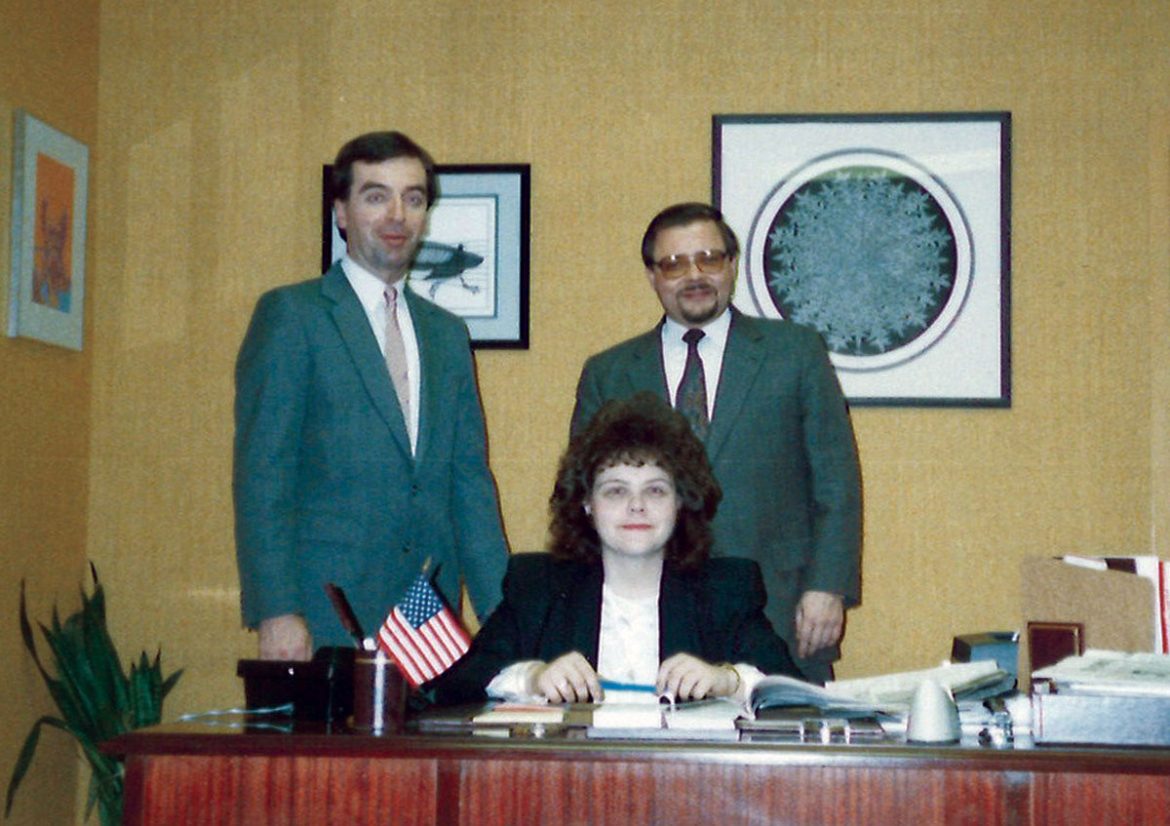 Seen in the photo on the right, taken in 1990, is the three-person staff of the Ukrainian National Association’s Washington Office (from left): Assistant Director John Kun, Administrative Assistant Maria Lischak and Director Eugene Iwanciw.

The UNA Washington Office opened on July 1, 1988, with the aim of making Ukrainian Americans heard in Washington, and it served the community through September 1995. (Others who were on its staff during that period were Adrian Karmazyn and Xenia Ponomarenko.)

The background story is this: Mr. Iwanciw was tapped in the early 1980s by UNA President John O. Flis to serve as the fraternal organization’s representative in Washington for liaison with the White House. In 1988, when the UNA established its Washington Office, Mr. Iwanciw was named its director. He was employed in that capacity until the office was closed – a victim of budgetary realities. However, he continued to represent the UNA’s interests in Washington, including on the Central and East European Coalition, of which the UNA, through its Washington Office, was a founding member.

The UNA Washington office informed D.C. about Ukraine and Ukrainian Americans, established contacts with congressional offices, worked in conjunction with Ukrainian organizations and created alliances with other ethnic groups. It even supported the work of the fledgling Embassy of Ukraine. Its major success (and there were many accomplishments), according to the office’s director, was getting earmarks for Ukraine. “It was not so much the money that was granted, but that the Congress took on the administration and forced it to be at least somewhat more evenhanded toward Ukraine,” Mr. Iwanciw told The Weekly in 1995.

While he was director of the UNA Washington Office, Mr. Iwanciw wrote news stories and commentaries on political developments. His regular column in The Ukrainian Weekly was called “Letter from Washington.”