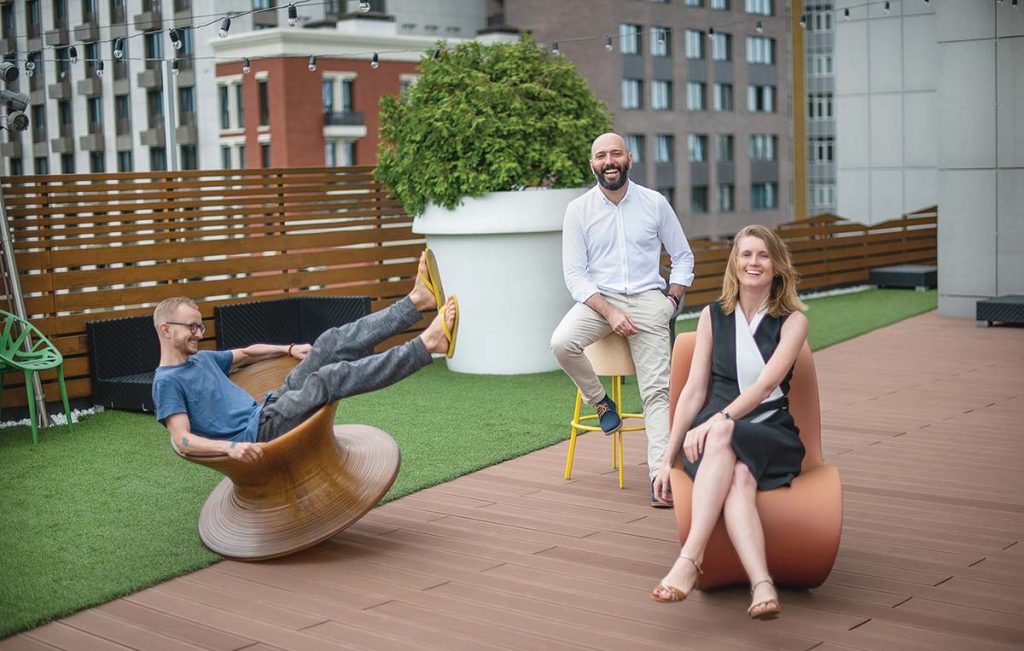 WASHINGTON – “The development of civil society, implementation of reforms and battling corruption” – those are the key components of the Civil Control Platform’s (CCP) mission, says Artem Romaniukov, a leader of this dynamic NGO based in the city of Dnipro. CCP was established in the aftermath of the 2014 Revolution of Dignity and its activities are the embodiment of the ideals of the Euro-Maidan.

“Our organization was born of the Maidan” and “ideologically we are there,” emphasizes Mr. Romaniukov.

During the current academic year, however, he is here in the United States, on a fellowship of the Ukrainian Emerging Leaders Program at Stanford University. In a telephone interview, he provided an overview of the successes of CCP and the challenges its activists have encountered.

The Civil Control Platform (Platforma Hromadskyy Kontrol) has been engaged in a wide range of reform activities but Mr. Romaniukov says he is most proud of his organization’s work in “curating” the e-procurement system ProZorro at the local level and in vetting candidates for employment with the National Anti-Corruption Bureau (NABU). ProZorro – which has won international accolades – has made the previously murky process of government procurement more transparent by making the application process and decisions about awarding of contracts accessible to the public online.

As a member of NABU’s public oversight council, Mr. Romaniukov notes the group’s success in recommending the best cadres – hundreds of detectives and other staff – that have created a corruption-free environment within the bureau. No one on the new team has been accused of malfeasance, he explains, which is in sharp contrast to the corruption-plagued reputation of Ukraine’s other judicial and prosecutorial entities.

And in a related activity aimed at promoting transparency, on its website CCP publishes a list of expenditures of the Deputies’ Fund – money reserved for each city councilperson to address particular needs of their community and constituents.

In Ukraine, NGO scrutiny is often not welcomed by officials at any level, but non-profit watchdogs in the provinces typically face even more challenges than their counterparts in the capital. Activists in Kyiv are shielded from possible retribution for their criticism of authorities by the presence of influential national media and international observers, including Western diplomats.

“Working at the local level is more dangerous,” says Mr. Romaniukov. “If you don’t maintain a high enough profile – well we all saw what happened in recent years.” He was referring to the killing of Kherson anti-corruption activist Kateryna Handziuk and attacks on dozens of other activists. The perpetrators of such violence, in many cases, are not brought to justice.

The authorities should treat NGOs like the Civil Control Platform as partners in reform efforts, rather than adversaries, he notes. And, fortunately, in some municipalities where they have worked – like Pokrov and Mariupol – that spirit of cooperation has produced positive results, including more transparent governance, according to CCP.

During a visit to Dnipro (formerly known as Dnipropetrovsk) in May 2019, this writer came upon a billboard promoting a forum titled “Leave Not Stay,” featuring then-Minister of the Environment Ostap Semerak and Eurovision music competition winner Ruslana Lyzhychko as keynote speakers. As described by Mr. Romaniukov, this was his organization’s annual flagship event designed to provide the citizens of Dnipro with a dose of optimism and encourage them to contribute to reform efforts.

Dozens of national and international speakers are invited to present their stories of success and overcoming obstacles At the conclusion of the forum, participants are asked if they would place a comma in the title of the event after the word “not,” to indicate that they will “stay to change the country for the better.” Besides the annual forum, CCP conducts regular trainings for activists and officials throughout the year.

In a major Ukrainian industrial city like Dnipro with billowing smokestacks never far from sight, environmental concerns are unavoidably on the minds of many residents. Thus, activists of Civil Control launched the Save Dnipro initiative that created a decentralized independent system for monitoring air quality. Through the distribution of affordable monitoring devices linked by a public online platform, Save Dnipro created a network that provides an accurate and reliable sense of the level of air pollution in Dnipro and many cities throughout Ukraine. The system has now grown to nearly 400,000 users nationwide.

Every participant is “a master” of his own individual monitoring station, which can’t be circumvented by factory owners or government officials, says Mr. Romaniukov. And that’s quite emblematic of the citizen engagement and empowerment that is being actively developed and promoted by his non-profit organization at both the regional and national levels.