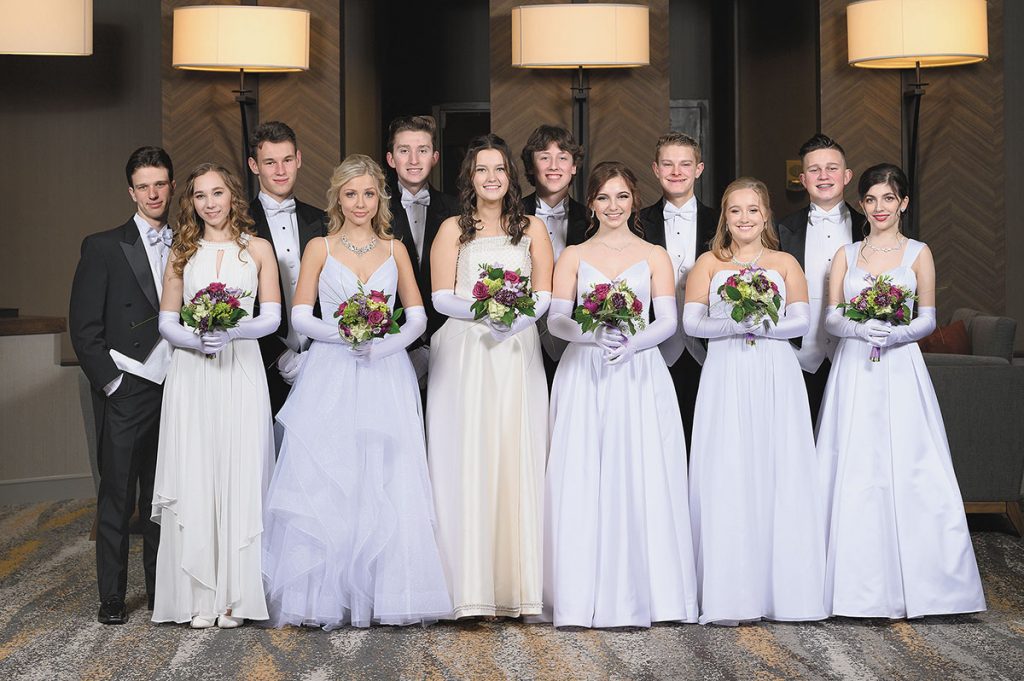 INDEPENDENCE, Ohio – Six debutantes were presented at the Plast Cleveland chapter’s Debutante Ball, which was held on February 15 at the Embassy Suites Hotel Cleveland-Rockside.

Daria Kowcz-Jakubowycz, head of Plast Ukrainian Scouting Organization’s Cleveland chapter, began the evening by welcoming over 300 guests in the hotel’s elegant Grand Ballroom. Ms. Kowcz-Jakubowycz remarked that it was Plast, and the friendships forged through the organization, that brought together the debutantes, their escorts and guests for this celebration. She further commented that these relationships are truly a unique gift that will last a lifetime.

The program proceeded to the evening’s main event – the presentation of the debutantes. Ms. Kowcz-Jakubowycz was joined by Natalie Bendiuk-Oryshkewych in presenting the young ladies. Each debutante was escorted into the Grand Ballroom on the arm of her father and individually recognized for her academic achievements, artistic and athletic talents and future aspirations, as well as their involvement in both the Ukrainian and American communities. Highlighted in each introduction was the debutante’s role in Plast.

In her congratulatory address, Ms. Kowcz-Jakubowycz noted the inner beauty and strength of character possessed by each debutante. She encouraged each of the debutantes to give back to the community so that others may benefit as they did.

Following the presentation, the debutantes and their escorts performed a beautiful waltz under the expert choreography of Jonathan Hejnal. This traditional first waltz was followed by the debutantes dancing with their fathers, while the escorts danced with the debutantes’ mothers after presenting each with a single rose.

After dinner, the debutantes, escorts and guests danced well into the night to the music of Klopit from Chicago. The dance floor overflowed with both young and old the entire evening.

Special thanks were expressed to the organizing committee: Ms. Bendiuk-Oryshkewych, Larisa Bendiuk-Popadiuk and Adrianna Lisowsky for what was a truly memorable affair. All proceeds from this event are earmarked for Plast Camp Pysanyj Kamin in Middlefield, Ohio.