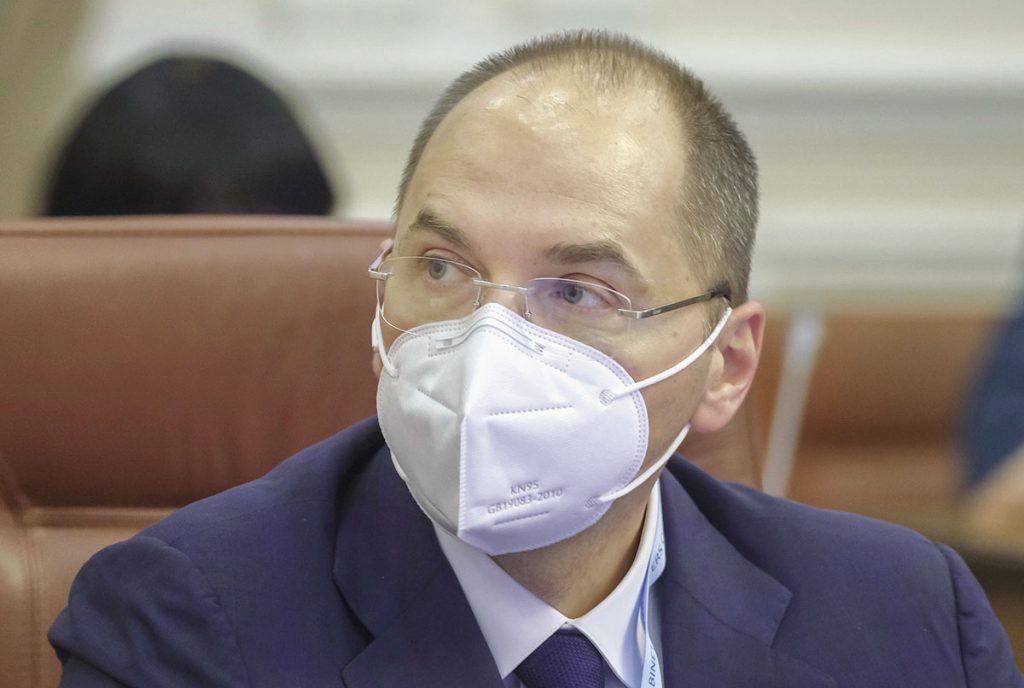 KYIV – The Verkhovna Rada of Ukraine on March 30 dismissed Minister of Health Illya Yemets and Minister of Finance Ihor Umansky, in accordance with the submission of Prime Minister Denys Shmyhal.

Later, the Ukrainian Parliament supported the government’s nominations for health minister, Maxym Stepanov, and finance minister, Serhii Marchenko, during an extraordinary session of the legislature initiated by President Volodymyr Zelenskyy.

“Ilya Yemets and Ihor Umansky are professionals who are capable of implementing long-term reforms. But now the country needs immediate action. That is why it was decided to submit to the Verkhovna Rada resolutions on the dismissal of the minister of health and the minister of finance,” Prime Minister Denys Shmyhal commented, while expressing his hope that Messrs. Yemets and Umansky would continue to help the government team.

Apart from that, Mr. Shmyhal noted that the current Cabinet of Ministers had been working for less than a month, but no government had felt the challenges it faced in recent years. “During an emergency situation regime, one day counts for a month,” he stressed. Two hundred seventy-one members of Parliament supported Mr. Yemets’ dismissal, and 249 deputies supported Mr. Umansky’s release at an extraordinary session of Parliament.

“An extraordinary plenary meeting of the Verkhovna Rada of Ukraine is a meeting that takes place during the regular session in the period between regular plenary meetings,” explained Dmytro Cheretun, parliamentary analyst of the NGO CHESNO Movement. “The Rada regulation states that an extraordinary meeting of the Parliament shall convene as a matter of urgency upon a reasoned request of the president of Ukraine, or at least one-third of the Verkhovna Rada, or on the proposal of the Conciliation Council of Deputies and Groups. At least two of the three extraordinary meetings on March 30 were called at the request of the president,” Mr. Cheretun noted.

Mr. Zelenskyy was present at the Rada sessions, during which, in addition to these decisions on Cabinet ministers, also approved were measures related to the coronavirus pandemic, reforms of the land market, and a law that makes it impossible to return previously nationalized banks. The latter is also known as the “anti-Kolomoisky law” – a reference to oligarch Ihor Kolomoisky who was the previous owner of the now state-owned PrivatBank.

The sacked ministers of health and finance were in office for 26 days and reportedly were not willing to leave their positions voluntarily. “To my knowledge, Ministers Yemets and Umansky did not write their resignation letters. The prime minister of Ukraine, Denys Shmyhal, filed a motion to dismiss them – he has that right under the law ‘On the Cabinet of Ministers of Ukraine,’ ” explained Mr. Cheretun.

“But, most likely, President Volodymyr Zelenskyy himself was behind this decision, though he formally does not influence the formation of the government. He can only file for the appointment or dismissal of the foreign affairs and defense ministers,” Mr. Cheretun added.

For the last two months, the Ukrainian government has struggled to effectively react to challenges brought by the coronavirus pandemic. The president and the Cabinet of Ministers apparently sought publicity when they returned Ukrainian citizens from Wuhan in China, ground zero for the coronavirus. The evacuees were greeted by an angry mob in the town of Novi Sanzhary, where they underwent a period of observation. Later, Mr. Zelenskyy implied in an interview for the British newspaper The Guardian that it was his idea to put then-Minister of Health Zoryana Skaletska under observation together with the evacuees. Ms. Skaletska became the first minister to be sacked while under medical observation. Ironically, some of the deputies who voted for her dismissal later tested positive for COVID-19, while none of those who experienced the 14-day observation in Novi Sanzhary had the novel coronavirus.

Mr. Stepanov now becomes the third health minister of the Servant of the People government (and the third one appointed during the month of March). This is one of the fastest personnel turnovers in the Ukrainian government’s history. And it is even more unusual because it is taking place at the time of the most significant health crisis independent Ukraine has ever faced.

“I can only speak about the motivation for the release of Yemets and Umansky based on public statements by politicians,” commented Mr. Cheretun of the CHESNO Movement. “Yes, Prime Minister Shmyhal said both are professionals, but ‘the country needs immediate action.’ This probably means that the incumbent government has been in a hurry without accurately identifying the candidates’ competencies for their positions and their readiness for difficult decisions in times of crisis and the coronavirus pandemic. Also, in my opinion, such a rapid rotation in the Cabinet of Ministers may testify to the personnel hunger on the Zelenskyy team, since the successors of Yemets and Umansky, Stepanov and Marchenko, were, in fact, representatives of the previous authorities,” Mr. Cheretun pointed out.

Messrs. Marchenko and Stepanov were supported, respectively, by 256 and 246 members of Parliament. “The requirements for the candidates were very high; there is no other way at this challenging time. I believe that Maxym Stepanov and Serhii Marchenko will ensure the effective work of the ministries and direct efforts to overcome the common threat,” Prime Minister Shmyhal said of the decision. The newly appointed Cabinet ministers took their oaths of office before the Verkhovna Rada of Ukraine.

“There is a lot of work ahead. The first priority is the fight against the coronavirus,” said newly appointed Minister of Health Stepanov on March 31. “I do not want to blame anyone, but there is a certain delay in terms of preparation for the pandemic. We can no longer afford to waste time. Therefore, it is crucial now to communicate with local health-care providers. The second priority is medical reform. I believe that it is quite possible to make changes so that both patients and doctors of all levels are satisfied with the reform,” he emphasized during his get-acquainted meeting with ministry staff. The previous health minister, Mr. Yemets, familiarized his successor with the state of affairs, while Minister of the Cabinet of Ministers Oleh Nemchynov officially introduced Mr. Stepanov to the staff of the Ministry of Health.

There was much talk both in the media and in governmental circles about the dismissal of Mr. Yemets as health minister. However, there was also a bit of uncertainty concerning the newly appointed ministers. It’s worth noting that national deputies of the Verkhovna Rada failed on their first vote to approve the two new ministers. That forced the president’s team to announce a new meeting on the same day, and this time the vote on the two ministers was successful.

“There are no restrictions in the [Rada] Regulation on the number of extraordinary meetings per day and on the length of time before which the initiator must submit proposals for consideration by Parliament,” explained parliamentary expert Mr. Cheretun. “By the way, the order of the Verkhovna Rada Speaker Dmytro Razumkov to convene an extraordinary meeting on March 30 at 14:00, indicating the issues that had to be considered at the request of the president (including the dismissal of Yemets and Umansky), was published on the Parliament’s website on March 30 at 01:16. However, in reality, the government’s planned staff rotation was discussed over the weekend,” Mr. Cheretun said.

On the same day that Mr. Stepanov was briefed on the affairs of the Health Ministry, Mr. Marchenko was introduced as the new minister of finance. “Significant strengthening of the fiscal framework of the country is particularly urgent in times of crisis. The effective operation of tax and customs blocks is as important as ever. The key criterion for evaluating this performance will be to replenish the budget, since the state must fulfill its obligations to the citizens. Especially to the least protected population,” Minister Marchenko said during his introduction.

At the same time, he noted that tax policy should be rational and pragmatic, aimed at protecting and developing the economy of Ukraine. Mr. Marchenko also stressed the need for the state to fulfill its obligations to its international partners. He added that he believes negotiations with those partners must be geared first and foremost to protecting the interests of Ukraine and its citizens.