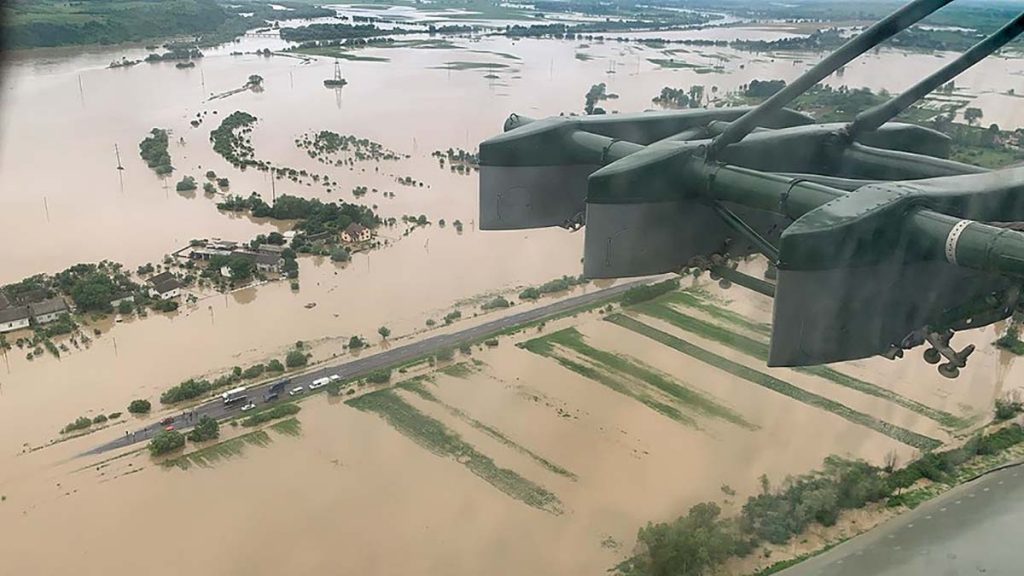 State Emergency Service of Ukraine
A view of the flooding in western regions of Ukraine.

Rainstorms in western Ukraine have killed three people and forced hundreds of others to evacuate their homes. The flooding has affected Ukraine’s western regions of Ivano-Frankivsk, Chernivtsi, Zakarpattia and Lviv.

The three deaths occurred in the Verkhovyna district of the Ivano-Frankivsk region, an area that has been cut off by flooded roads.