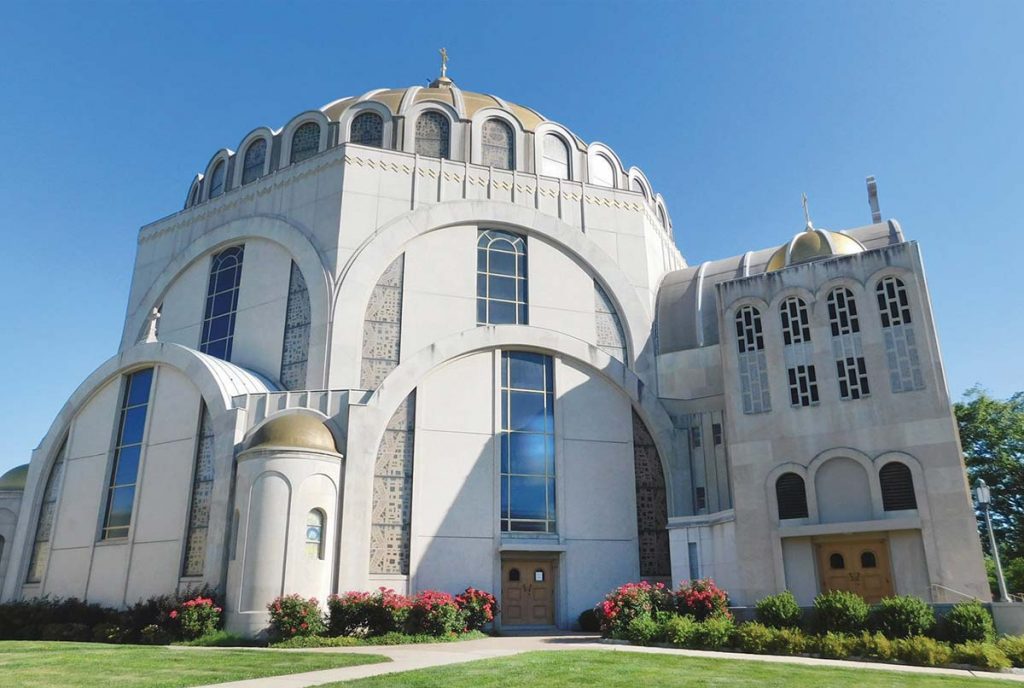 PHILADELPHIA – The Ukrainian Catholic Archeparchy of Philadelphia announced on June 11 that all its churches in the state of New Jersey will be open for the faithful and public divine liturgies starting on Saturday and Sunday, June 20-21.

Earlier, the archeparchy had announced that all churches in Pennsylvania would be able to resume services on June 6-7, although parishes in some parts of the state were able to open their churches for religious services as early as May 16-17. Some churches in Delaware, Maryland and Virginia also were open by mid-May.

Two churches in Virginia, Annunciation of the Blessed Virgin Mary Church in Manassas and Ss. Joachim and Anna Church in Front Royal, announced in May that they would begin holding outdoor liturgies on Saturdays.

The seat of the archeparchy, the Cathedral of the Immaculate Conception in Philadelphia, celebrated the first liturgy that was open to the public on June 7. As reported in The Way, the archeparchy’s official publication, “Due to new guidelines, social distancing, using marks and disinfecting the golden spoon(s) were among the precautions of public health safety being observed due to the coronavirus pandemic.”

A list of the updated guidelines for opening parish churches and resumption of services was posted on the archeparchy’s website and Facebook page. Among the items noted:

* The church should be cleaned/sanitized before each service when the public may be present, especially those areas and surfaces that are commonly used and touched (bathrooms, railings, doors, backs of pews, etc.).

* In order to observe social distancing for laity while in church, please consider one-third of total church capacity as the maximum number of persons that may be present at any given divine liturgy or service (the total seating capacity of the church divided by three). In the state of Pennsylvania, there is no limit to the number of participants at the services as long as norms of social distancing are maintained.

* Social distancing of six feet must be maintained.

* Wearing masks is mandatory for laity. Priests are obliged to wear masks while distributing Holy Communion.

* There should be no social gatherings after the services. People should leave the church promptly upon the completion of services.

At the same time, the archeparchy said that live streaming of divine liturgies and other services is still highly recommended.

The Ukrainian Catholic Archeparchy of Philadelphia, which governs all Ukrainian Catholic eparchies and churches in the United States, advised readers to contact parish offices for more information. The Philadelphia Archeparchy itself has 63 parishes, one mission parish and over 14,000 officially registered members in Pennsylvania, New Jersey, Delaware, Maryland, Virginia and the District of Columbia.

Compiled based on information posted by the Ukrainian Catholic Archeparchy of Philadelphia.