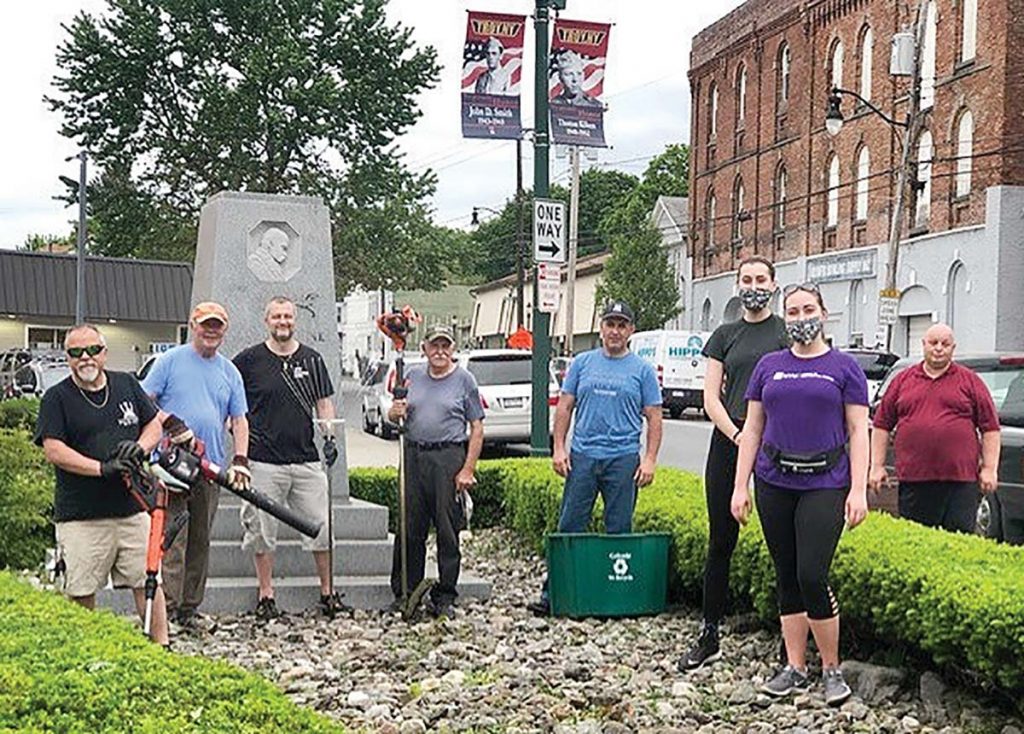 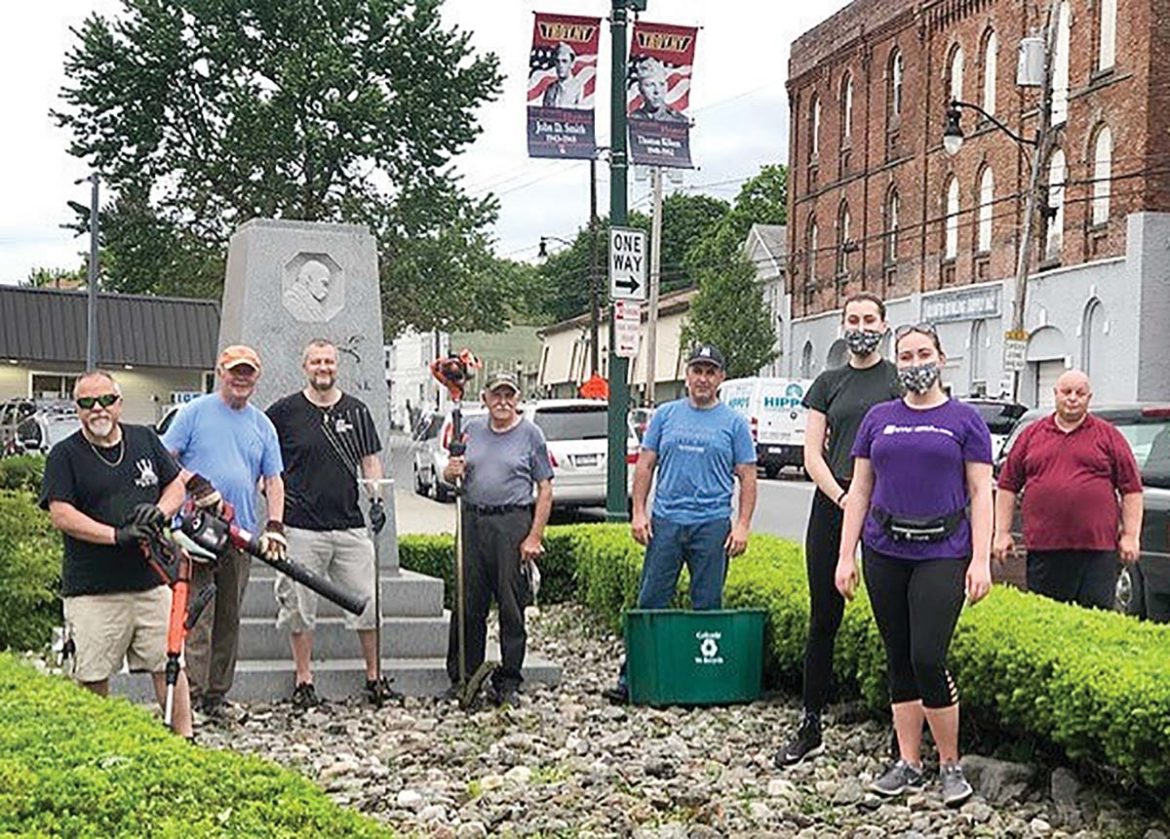 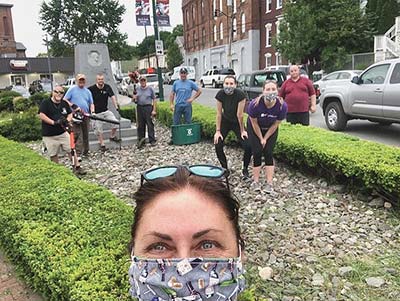 TROY, N.Y. – Members of St. Nicholas Brotherhood Society (Branch 13 of the Ukrainian National Association) and members of the Ukrainian American Cultural Center (UACC) in Watervliet, N.Y., gathered together on Thursday, May 28, to clean up around the Taras Shevchenko Memorial Monument located in the city of Troy, N.Y. In recent years, members of both the brotherhood and the UACC have assumed responsibility for the upkeep and maintenance of the Shevchenko monument. The cleaning crew this year included, as seen in the photo above, (from left) Roman Karpishka, Mykola Fil (UNA Branch 13 Secretary), Victor Holovashchenko (UACC president), John Suchowacki, Volodymyr Labiak, Roma Kulbida, Irene Kulbida and Roman Povoroznyk. Lydia Kulbida (broadcast journalist and co-anchor at News10ABC and FOX 23 in Albany, N.Y.) is seen in the foreground in the selfie.