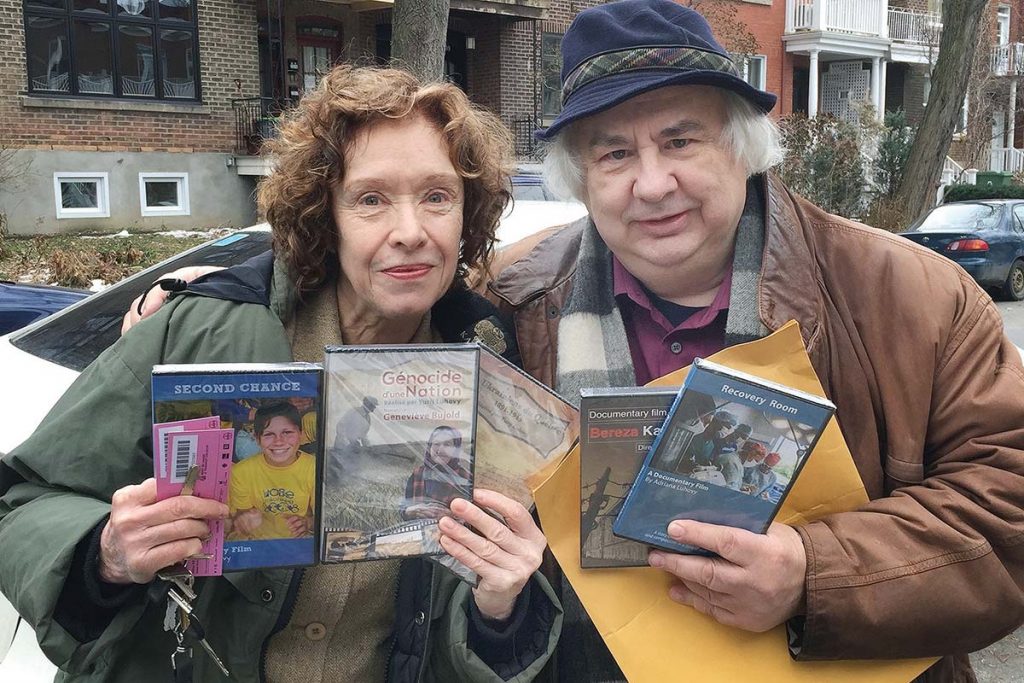 MONTREAL – Throughout the month of June, the Ukrainian-Canadian community marked the centenary of the end of Canada’s first national internment operations of 1914-1920.

Quebec’s Ukrainian community was severely affected by the unjust internment policy. The largest internment camp in Quebec and the second largest in Canada, was established at Spirit Lake, near Amos, in the Abitibi region 600 kilometers north of Montreal. The Spirit Lake internment site was opened in January 1915 with over 1,200 interned. The majority of them were Ukrainians – many taken from Montreal and the surrounding area, including 60 families, men, women and children, from St. Michael’s Ukrainian Catholic Parish.

The first internment station in Quebec was a holding facility established in August 13, 1914, in the federal Immigration Building at 172 St. Antoine St. in Old Montreal. From there, prisoners were transferred to other internment camps. The first permanent internment camp in Quebec was set up in the armory in Beauport on December 19, 1914; by the following April, another was operating at the Valcartier militia camp.

Recently, Montreal received an exhibit from Francine Boulet of Inverness, Quebec, reminding the Ukrainian community in Quebec and Canada of the existence of a Ukrainian settlement in Black Lake, Quebec.

A major site for asbestos mining, the village of Black Lake, Quebec, founded in 1906, had a population by 1911 of almost 3,000. Close to 200 immigrants arrived, most of them Ukrainians, to work in Black Lake’s asbestos mines. Beginning in 1915, during World War I, a large increase in asbestos production was needed for submarines and gas-masks.

Protesting harsh mining conditions and reduced wages, on October 8, 1915, two Ukrainians began the first strike in the history of Quebec’s asbestos industry. Close to 2,500 took part. Eventually, the company gave into the demands of employees, and wages were brought back to the levels of August 1914 for the asbestos miners. The Ukrainian strike leaders were Nicolas Kachuk and Ivan Chaprun. Little is known of these two miners.

Ms. Boulet, a journalist, stated, “The Black Lake community knew about Ukrainians working in the mines. This was mentioned in the local media at that time. In a 1995 bulletin, Le Bercail, a special issue was devoted to Ukrainians. It wrote about accidents in the mines injuring many Ukrainians; about the lives of several Ukrainian families living in Black Lake, and about a scandal titled ‘L’affaire Bateman’ in which a foreman at the mine killed a Ukrainian worker.”

The community of Inverness established its first colony in 1829. Thetford Mines, near Inverness was founded in 1876 after large asbestos deposits were discovered in the area. The city became a hub for one of the world’s largest asbestos-producing regions in Quebec. The dangerous microscopic fibers inhaled by miners are now known to cause lung cancer. In 2001, the city of Thetford Mines merged with Black Lake, which had a small Ukrainian community, and other surrounding areas.

The exhibit donated by Ms. Boulet about Ukrainians in Quebec consists of 12 framed 16-by-20-inch photos. She became interested in researching Black Lake when a friend informed her about Ukrainians that worked in the mines from the early 20th century. Ms. Boulet’s research resulted in a video-documentary interviewing two Ukrainians who lived in Black Lake. She also contacted Dr. Clement Fortier, who researched Black Lake and wrote a book. In his 1986 second edition Dr. Fortier writes about Ukrainians in Black Lake. Before his passing in 2018, Dr. Fortier donated over 2,300 photos, press clippings, reports, maps and other documents to The Genealogical Society and History of Thetford Mines.

Ms. Boulet’s interest in Ukrainian immigration began early. She related: “My uncle, Père Émilien Tremblay (1913-1990), after ordination first served as a chaplain in the Canadian army. Then, as a Redemptorist priest, he asked permission to change to the Byzantine rite before he went to work with Ukrainians living in the Canadian Prairies. He learned Ukrainian, and served in parishes and missions in Manitoba and Saskatchewan from the early 1900s. He regularly visited our family home in St. Leonard. My uncle started a publishing house called Icon Press, publishing essays on the Ukrainian Catholic Church. I remember helping my uncle assemble book sections by hand in my parents’ home. He visited Lviv in 1967. Upon his return, he told us how oppressed and traumatized Ukrainians were, and that he held a clandestine church service attended by many.”

Ms. Boulet’s exhibit was first shown in 1991 in the town of Nicolet, followed by an exhibit at Maison de la culture in Cote-des-Neiges, Montreal.

The story of Quebec’s Ukrainian community is depicted in the documentary films “Ukrainians in Quebec 1890-1945,” which has a section on Spirit Lake internment, and “Freedom Had A Price,” the first feature documentary on Canada’s first national internment operations, released in 1994, inspiring many internment projects that followed.

The French-language documentaries “Les Ukrainiens d’une Quebec 1890-1945” and “Génocide du nation,” produced by Yurij Luhovy and Zorianna Hrycenko, were presented to Ms. Boulet, who donated the films to the Municipal Library of Inverness, thus ensuring that the history of Ukrainians in Quebec is known.

Mykhailo Shwec, president of the Ukrainian Canadian Congress branch in Montreal, stated: “Realizing the importance of documentation, it is noteworthy how members of the Montreal community in the 1970s first took the initiative to research, film and tell the history of the unjust internment of Ukrainians, producing historical documentaries. These groundbreaking films continue to be used by educators and be seen by the general public. The history of Ukrainians in Black Lake deserves our attention as we mark the 100th anniversary.”