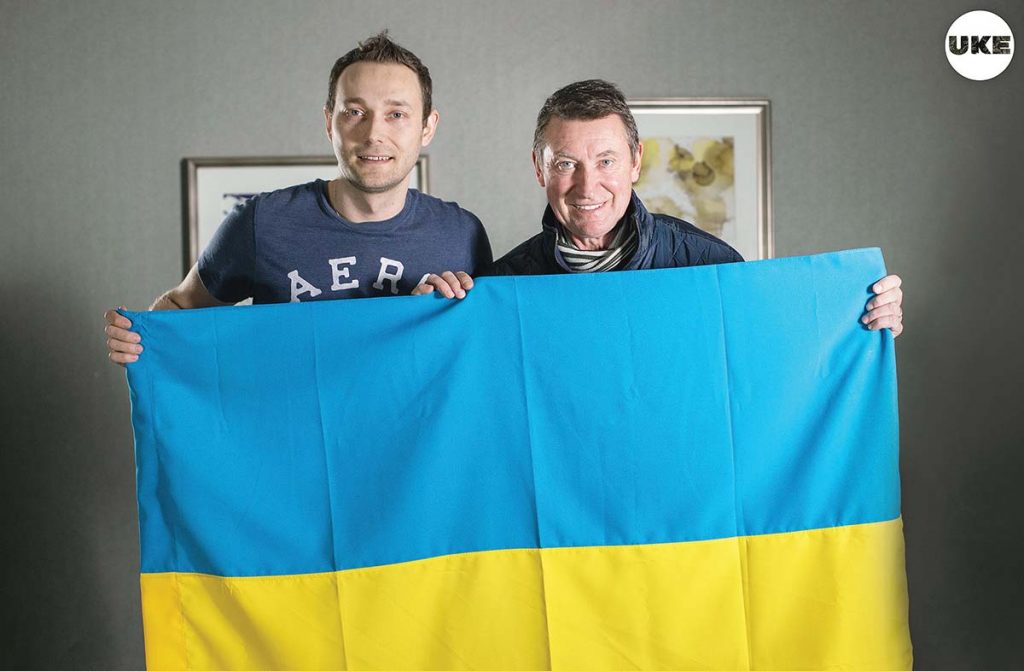 Staff | The Ukrainian Weekly | Subscription
“Uke” director and producer Volodymyr Mula (left) holds a Ukrainian flag together with hockey legend Wayne Gretzky, also known as the Great One, because he is still considered by many to be the best hockey player to have ever played the sport.

CHICAGO – A groundbreaking documentary film has been completed that chronicles the contribution that professional hockey players of Ukrainian heritage in North America made toward the development of the sport and the National Hockey League’s (NHL) nearly 103-year-old existence.

Its director and producer, Volodymyr Mula in Kyiv, spent more than two and a half years on the project interviewing such legends as four-time Stanley Cup winner Wayne Gretzky (Edmonton Oilers, 1984, 1985, 1987, 1988), Eric Nesterenko (Chicago Blackhawks), who won the league’s top honor in 1961 and two-time cup winner Ruslan Fedotenko (Tampa Bay Lightning and Pittsburgh Penguins) in 2004 and 2009, respectively.