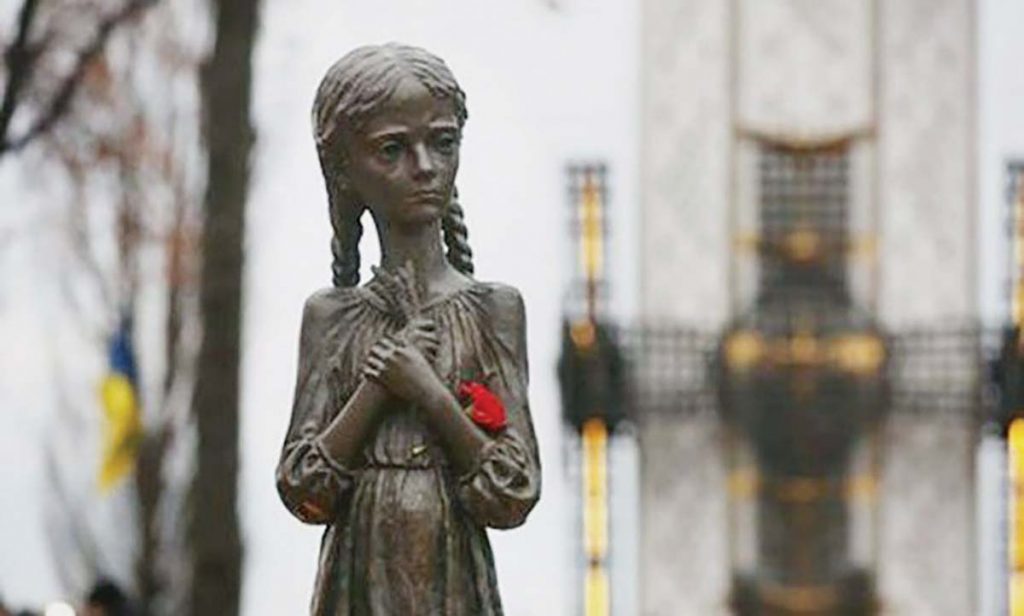 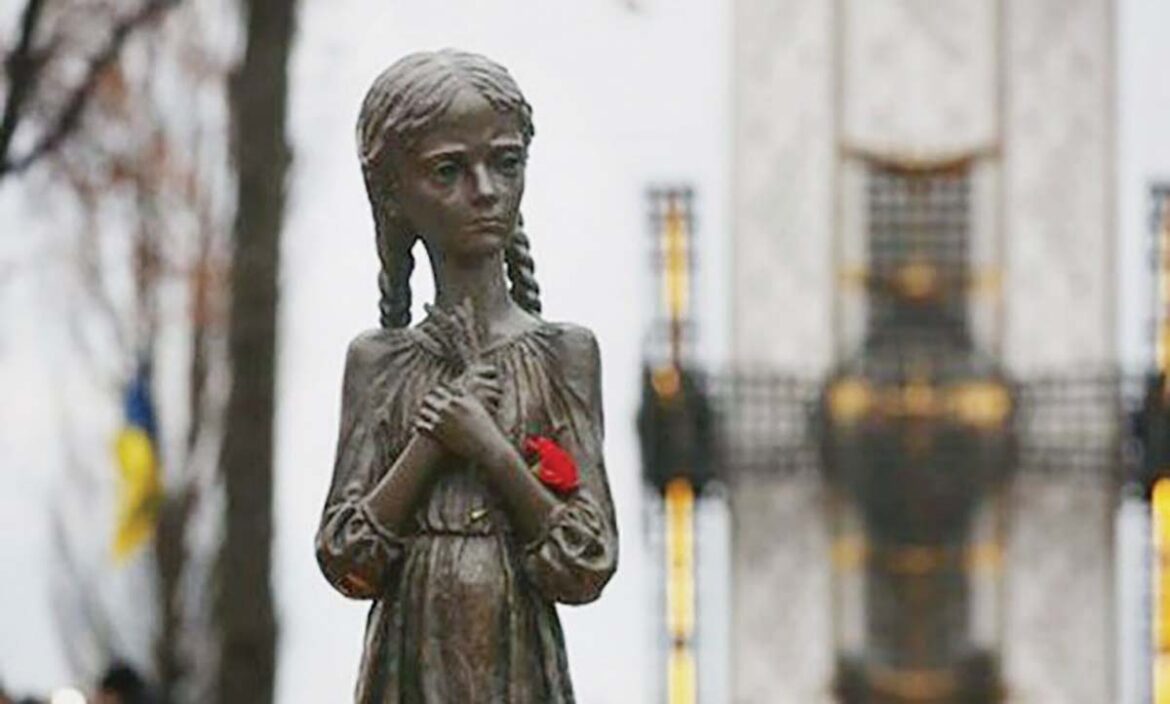 August 22, just two days before Ukraine’s Independence Day celebrations, the statue “Bitter Memory of Childhood” at the Holodomor memorial complex in Kyiv was desecrated. The statue of a young starving girl holding several stalks of grain is an internationally recognized symbol for one of the most tragic pages in Ukraine’s history: the genocidal famine engineered by Soviet dictator Joseph Stalin that killed millions of people on Ukrainian territory.

The general director of the National Museum of the Holodomor Genocide, Olesia Stasiuk, was quoted by the BBC as saying that sometime during the might of August 21-22, three unknown persons torn the statue off its pedestal. “Thank God, the statue itself was not damaged, because they could not lift it, it was too heavy.”

She said the three pretended to be drunk and thus distracted the security personnel on site. “This was a conscious act, especially since it was before Independence Day, done to dishonor the memory of the Ukrainian nation,” Ms. Stasiuk commented.

In a statement released on August 26, the Ukrainian World Congress noted: “Ukrainian communities have erected replicas of this statue in many countries around the world, paying tribute to millions of innocent Holodomor victims and their descendants. These memorials are sacred places of mourning and remembrance for every Ukrainian.”

The world body went on to say that it “condemns this act of vandalism as a denigration of the memory of the Ukrainian people” and “has called upon the Ministry of Internal Affairs of Ukraine to bring the perpetrators of this action to justice and ensuring appropriate security for the Memorial.”

In a letter to President Volodymyr Zelenskyy of Ukraine and other senior government officials, the UWC called upon him to publicly condemn this act as a crime against the nation; to launch an immediate investigation into this case; and assume presidential responsibility for the security of the memorial.

“We have been witnessing a global and coordinated anti-Ukrainian operation, including vandalism of memorials and disinformation campaigns that distort and falsify the truth about Ukraine’s history. It includes the desecration of the Holodomor memorial in Kyiv, vandalism at a Ukrainian cemetery in Toronto, defacing the future Communism victims memorial in Ottawa, among others. Kremlin propaganda is attempting to rewrite the history of our people, erase the memory of millions of Ukrainian victims of the totalitarian regime, turn our allies against us, and sow discord in our global communities,” stated Paul Grod, UWC president. “I call upon all Ukrainians and friends of Ukraine around the world to stand up to these anti-Ukrainian provocations and Russia’s global disinformation campaign. Truth is on our side.”

In the United States, the U.S. Committee for Ukrainian Holodomor-Genocide Awareness (U.S. Holodomor Committee) condemned the vandalism and called for a government investigation into the incident.

The committee’s statement, released on August 23, reads in part:

“Eighty-seven years ago, millions of Ukrainian families were eradicated by Soviet authorities in a genocidal famine. With millions starving, Stalin and the Soviet state showed their hatred of Ukraine’s national identity. Hatred continues today with the defilement of the Ukrainian Holodomor Memorial ‘Bitter Memory of Childhood’ in Kyiv, Ukraine.

“The U.S. Holodomor Committee condemns the desecration, calls upon the Ukrainian government to conduct a full investigation to the matter, and pledges its utmost to bring awareness and recognition of the Holodomor as a genocide perpetrated against the Ukrainian nation. Under the motto ‘Ukraine Remembers, the World Acknowledges,’ the world must also educate its societies about the evils that gripped Ukraine in 1932-1933 so that history does not repeat itself.

“Let us be mindful that, even today, Russian forces continue to manifest their abhorrence of Ukraine through continued aggression against an independent and free Ukraine. The truth about Russian aggression, whether past or present, must be highlighted and acknowledged.”

According to Ms. Stasiuk of the National Museum of the Holodomor Genocide, the statue has been removed for restoration and is expected to be back in place within a month.