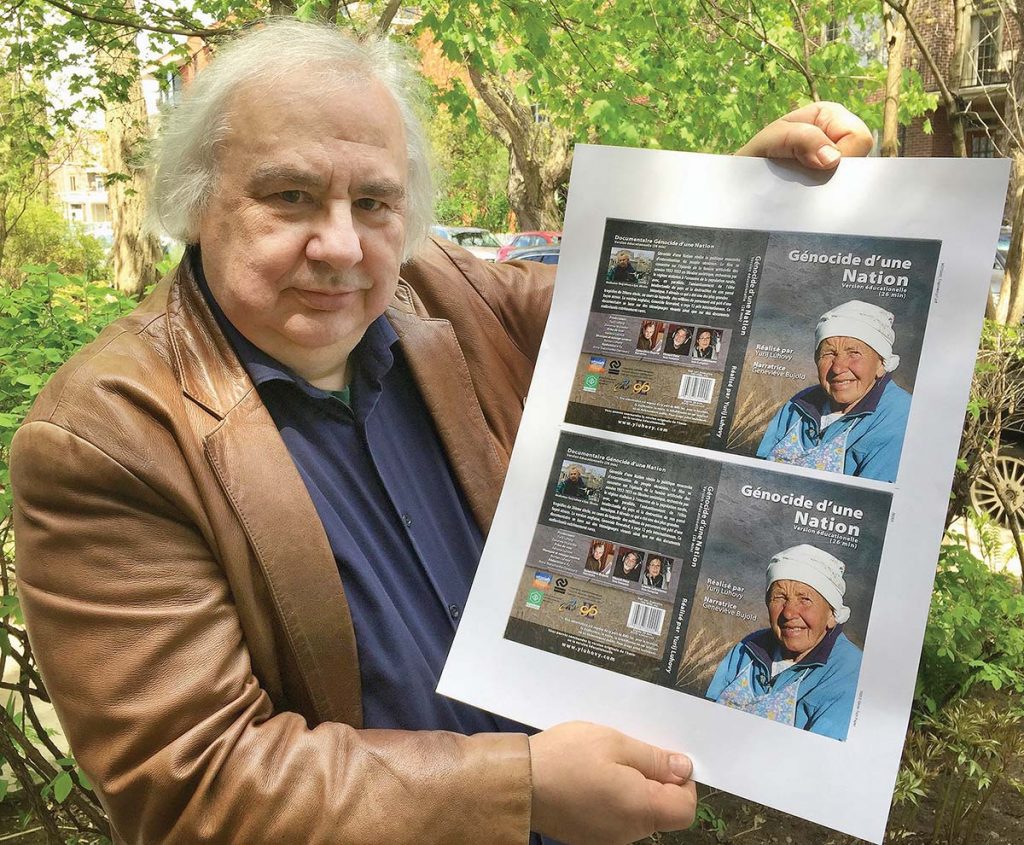 MONTREAL – The French-language educational version of the documentary film “Le Génocide d’une nation,” produced and directed by Yurij Luhovy, has been made and released on DVD. Narrated by international acclaimed actress Geneviève Bujold, the 26-minute school version will be an important addition to French-language resource material for educators in the teaching of the Holodomor worldwide.

The DVD’s June release marked the 10th anniversary of the Province of Quebec recognizing the Holodomor as genocide. On June 3, 2010, the Quebec National Assembly, in a third and final reading, unanimously passed Bill 390, “An Act to proclaim Ukrainian Famine as Genocide (Holodomor) Memorial Day.” Attending this historic event in Quebec City was Ukraine’s former Ambassador to Canada Ihor Ostash, with members of the Ukrainian Canadian Congress (UCC) Montreal Branch and Montreal’s Ukrainian community.