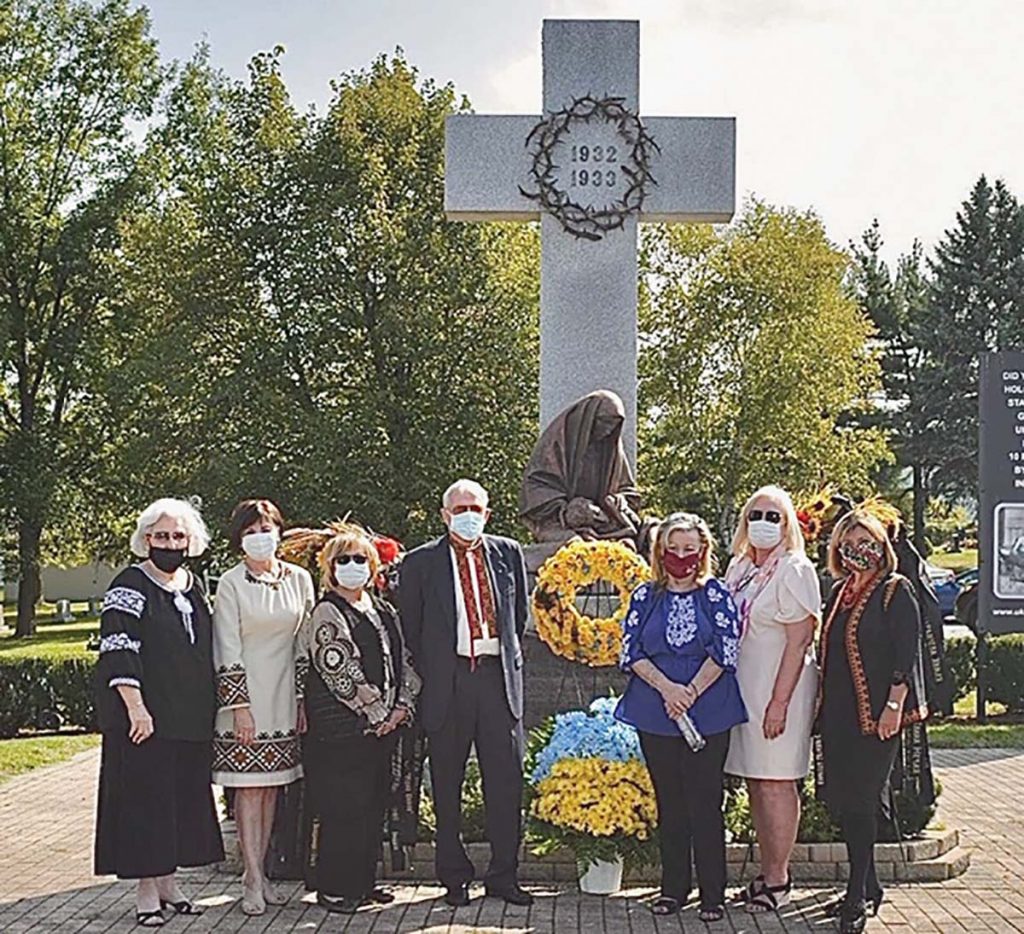 BLOOMINGDALE, Ill. – Taking into consideration the regulations and recommendations of local, state and federal agencies regarding the COVID-19 pandemic, the Ukrainian Genocide Famine Foundation – USA Inc. invited the Ukrainian community of Illinois and beyond to participate in a virtual ecumenical memorial service in memory of the more than 10 million victims of the genocidal Holodomor.

Officiating clergy represented various eparchies of the Ukrainian Orthodox Church and the Ukrainian Catholic Church. A memorial wreath was carried by young Juliet and Michael Marcyniuk, and it was placed at the foot of the Genocide-Holodo­mor Memorial Monument by Ukraine’s consul general in Chicago, Serhiy Koledov.

The memory of Holodomor victims was honored by the Very Rev. Victor Poliarny, Consul General Koledov, Mykola Kocherha (president of the Ukrainian Genocide Famine Foundation) and the Very Rev. Serhiy Kovalchuk. Responses were sung by the St. Andrew Choir under the direction of Taras Rudenko.

The speakers’ remarks focused on the need to continuously and relentlessly remind the world community about the Holodomor and to disseminate information about the greatest horror inflicted on the Ukrainian people. It was pointed out that access to newly available archives confirms that the intent of the Stalin regime was to exterminate the Ukrainian nation, and that there is evidence that more than 10 million victims were subjected to death by starvation.

In Illinois, through the efforts of members of the Ukrainian Genocide Famine Foundation, the Illinois School Code was amended with a mandatory statute (HB312 and SB23) that requires the curriculum of every public elementary and high school to include a unit of instruction on the Famine-Genocide in Ukraine.

Maria Korkatsch-Groszko, Ph.D., is member of the executive board of the Ukrainian Genocide Famine Foundation – USA Inc.