In the crossfire: Ukraine’s outsized role in the race for the White House 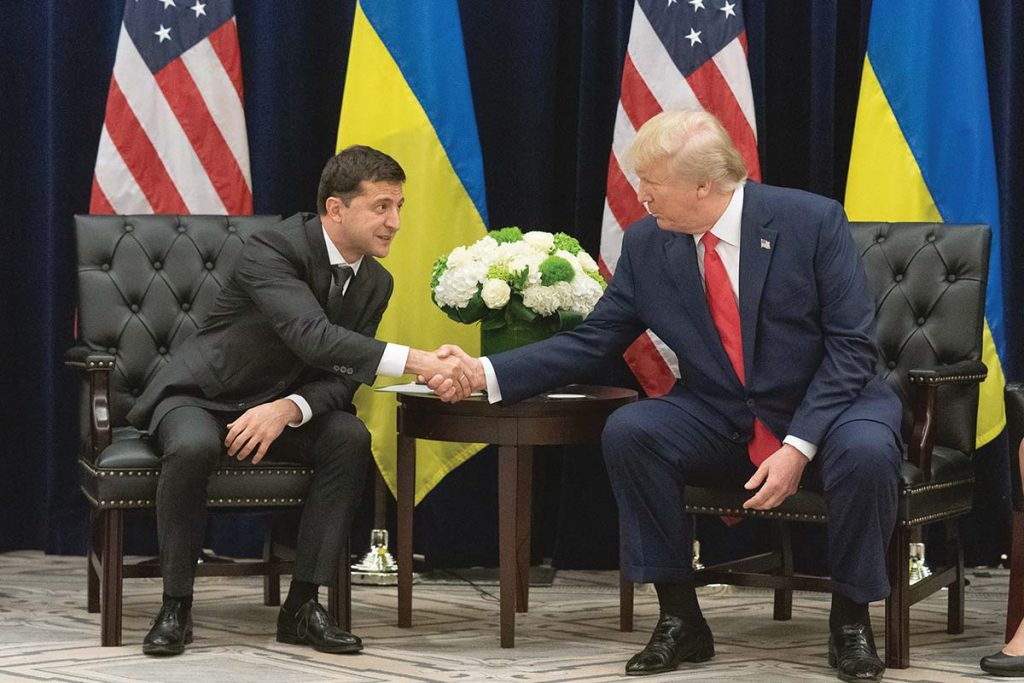 Presidential Office of Ukraine
Presidents Volodymyr Zelenskyy and Donald Trump at their joint press briefing on September 25, 2019, in New York.

WASHINGTON – Ukraine’s role in the U.S. presidential campaign has been more a matter of politics than of policy.

The country of 44 million has had an outsized share of the spotlight in Washington at times – for what many of its citizens might consider the wrong reasons.

The impeachment case against President Donald Trump, who was charged by the Democratic-led House of Representatives but acquitted by the Republican-controlled Senate in February, centered on the allegation that Mr. Trump “used his official powers to pressure” Ukraine’s government to “interfere in a United States election for his personal political gain.”