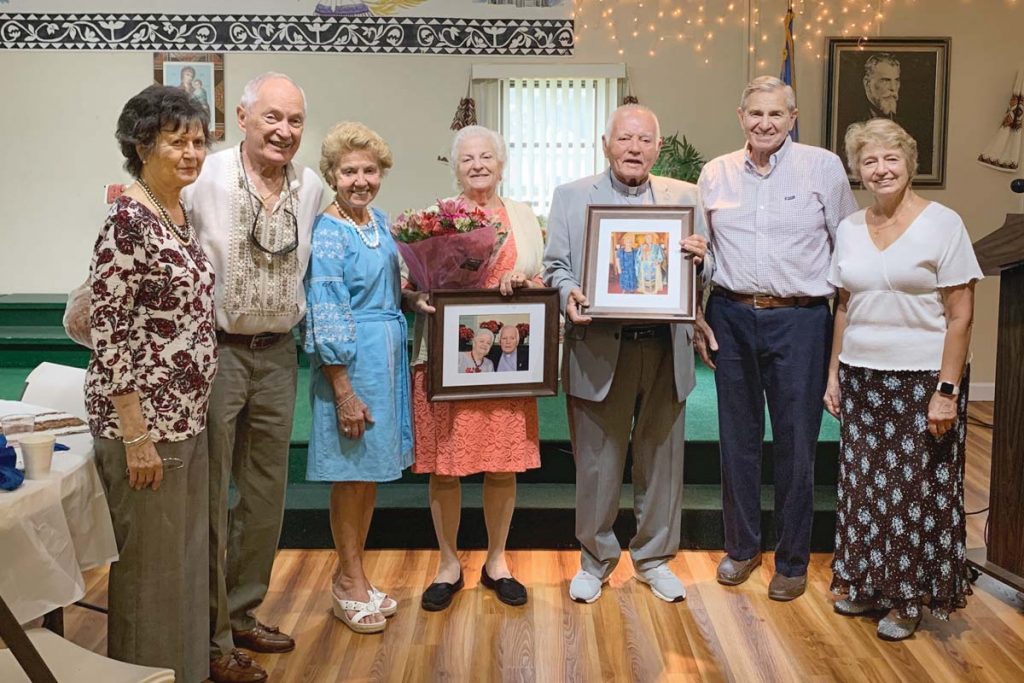 NORTH PORT, Fla. – Board members of St. Andrew’s Ukrainian Religious and Cultural Center (known as Oseredok) and members of the Ukrainian Orthodox community met on October 11 for a luncheon to honor Father Ivan Fatenko and his wife, Anastasia, who are moving to New Jersey.

Father Fatenko has selflessly served the Ukrainian Orthodox community of North Port, Fla., for almost 20 years, and will be remembered as a dedicated spiritual pastor. His wife also was devoted to the Ukrainian community; she organized and prepared the yearly Christmas Eve suppers, Easter luncheons, St. Andrew’s Feast Day dinners, and baked and prepared Ukrainian dishes for many bazaars.

The president of Oseredok, Victor Lisnyczyj, thanked Father Fatenko for his many years of spiritual service to the Ukrainian community and presented him and Mrs. Fatenko with two large portraits that he created in memory of their years at St. Andrew’s Oseredok.

Cultural Affairs chairperson Halia Lisnyczyj thanked Mrs. Fatenko for her many years of organizing and preparing delicious traditional Ukrainian dinners and baked goods. Olia Babchuk of the Ukrainian Village development, where Father and Mrs. Fatenko lived, thanked them with a huge bouquet of flowers.

Even though the number of people invited to the luncheon was limited because of coronavirus, there were still 45 persons in attendance, all wearing masks and maintaining a six-foot distance from each other.

Board members of Oseredok responsible for the success of this event, in addition to the Lisnyczyjs and Ms. Babchuk, were Natalie Newmerzhycky, Vlad Szpiczka, Vira and Bohdan Bodnaruk, and Roxolana Saciuk.