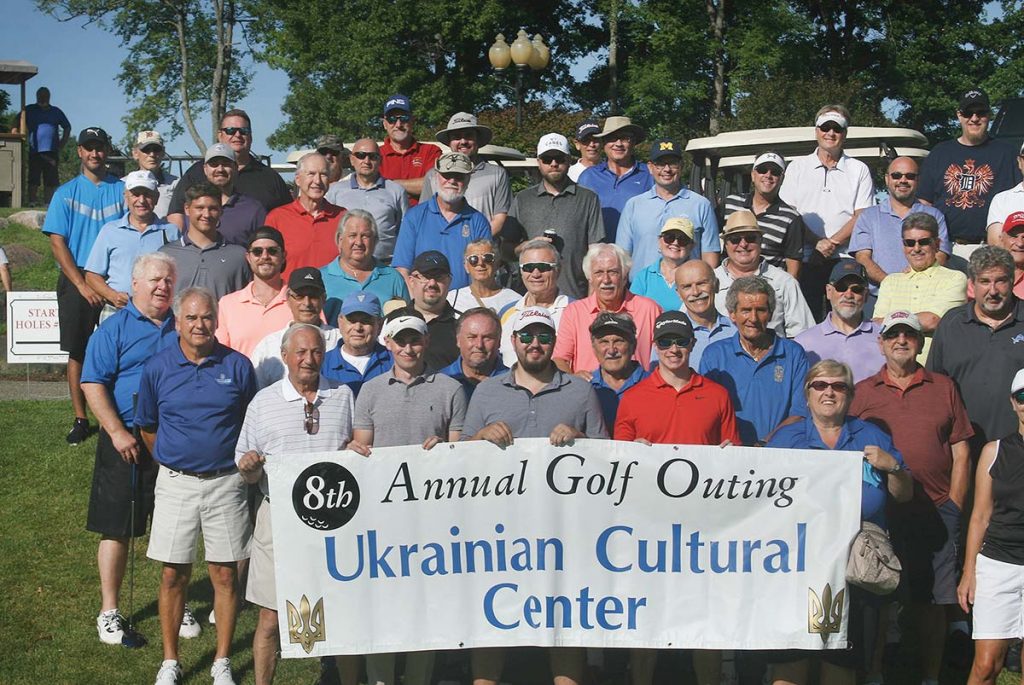 OXFORD, Mich. – The eighth annual Ukrainian Cultural Center (UCC) Golf Outing took place at Devil’s Ridge Golf Club in Oxford, Mich. With precautions in place, COVID-19 took a far second place as 84 men and women arrived at the golf course for this popular annual event that brings together participants of all ages for a community fund-raiser.

The festivities began the evening before the July 25 outing, as Ulana Diakiv, the manager of Selfreliance Federal Credit Union, and Uliana Nykin presented the golf committee with a generous donation of $5,000.

As play ended, participants proceeded to attend a delicious dinner. It was an added treat to have a special guest (and superb golfer), the Rev. Basil Solkowski, former pastor of St. Josaphat Ukrainian Catholic Church in Warren, lead the prayer and greet his many friends. Lesia Florchuk, president of the Ukrainian Cultural Center Board of Directors, graciously thanked all participants and sponsors for their generosity and ongoing support of the UCC. A sincere thank you was also expressed to the Heritage Foundation of Chicago for its generous support of the golf outing.

As dinner was coming to a close, Mr. Maritczak expressed his heartfelt gratitude and appreciation to all for their support, and especially for their interest and care for the UCC that culminated in such a successful Ukrainian social event. As golfers were leaving, they were presented with a door prize. A big thank you was expressed to Ivan Preweda, who masterfully photographed not only the group photo, but all foursomes and the entire golf outing. Readers may visit the UCC Facebook page (www.facebook.com/Ukrainian-Cultural-Center) to see more from this event.

The UCC and the golf committee extended an early invitation to the UCC Golf Outing 2021, which will be scheduled for the last week of July.