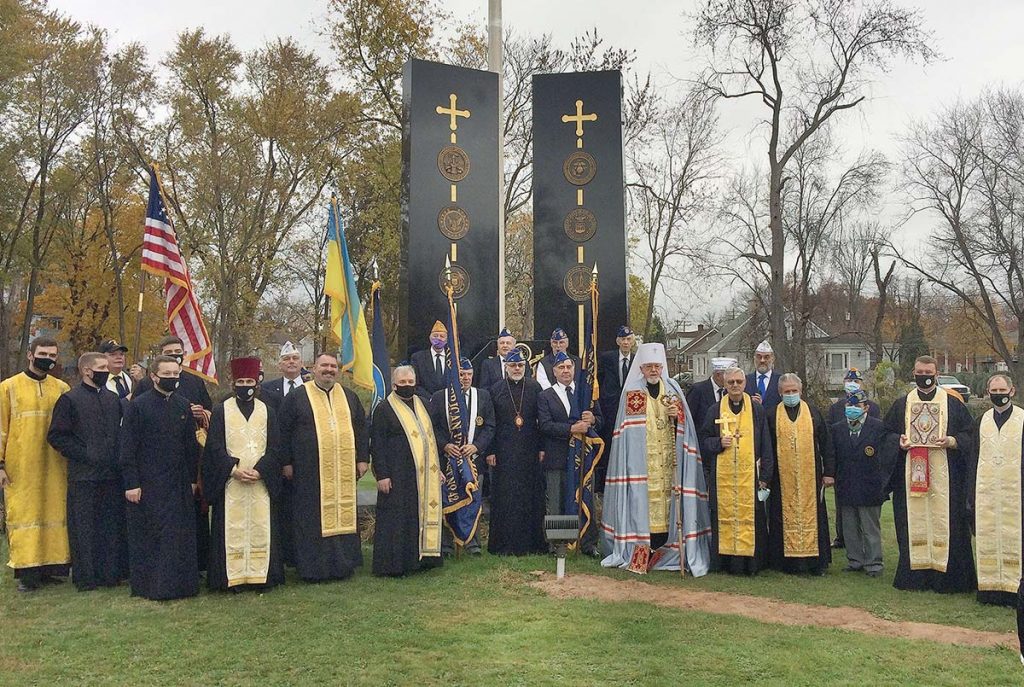 A service at the memorial began at the 11th minute of the 11th hour, on the 11th day of the 11th month, to mark the anniversary of the signing of the armistice that ended the first world war. Officiating were Archbishop Daniel, himself a veteran, Metropolitan Antony and clergy, assisted by seminarians.

Members of the Ukrainian American Veterans, headed by New Jersey State Commander Michael Hrycak, placed a wreath at the foot of the national memorial.

The Council of Bishops of the UOC-U.S.A. issued a statement on the occasion of Veterans Day, in which it was noted: “Veterans Day in the U.S. honors all American veterans, whether living or dead, killed in action, or deceased from other causes. … We can take pride in the fact that many Ukrainian Americans and in particular Ukrainian Orthodox clergy and faithful have served in the Army, Air Force, Navy, Marines and Coast Guard. That means we have a great number of veterans in our parish communities living throughout the country. We also have many currently serving, and young people making plans to join the military – these are our future veterans. We owe them all a great debt.”

“Veterans Day should be a celebration of lives well lived, as veterans contribute so much to our communities, and a reminder that many have made great sacrifices and carry heavy burdens from their years of service. For those serving, perhaps far away from loved ones, we say on this day that you are in our thoughts and prayers. For those families missing someone special to them, we say: we appreciate your patriotism and embrace you with our prayers,” the bishops’ statement, signed by Metropolitan Antony and Archbishop Daniel, underscored.