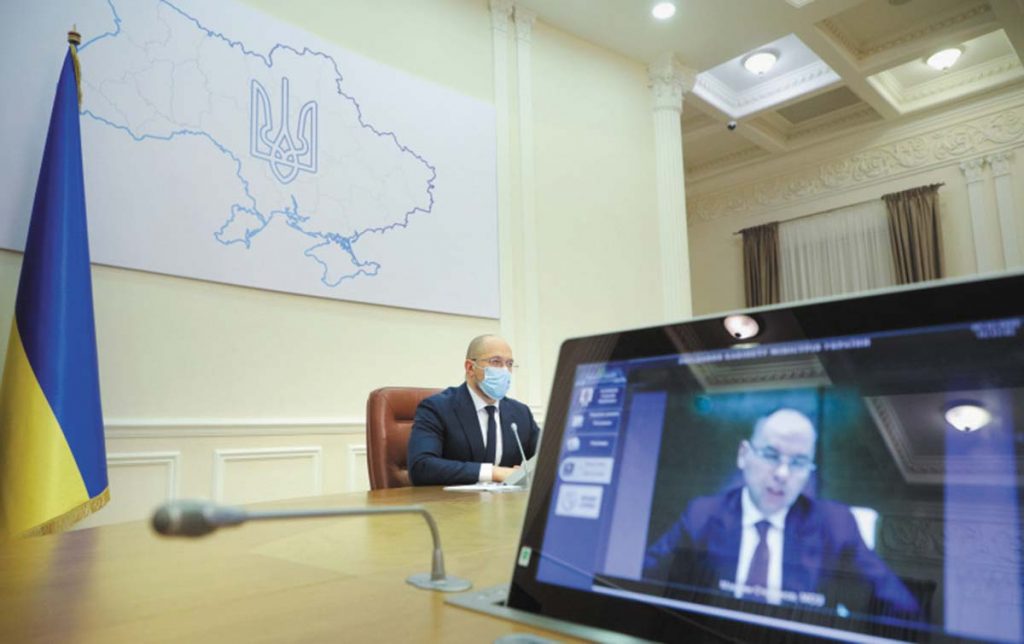 KYIV – The Cabinet of Ministers of Ukraine has adopted a new resolution to implement strict “lockdown” measures in Ukraine for January 8-24 in response to the COVID-19 pandemic.  The resolution came during an extraordinary meeting of Ukraine’s government on December 9, and Ukrainian Prime Minister Denys Shmyhal said that this decision was made following discussions with business representatives, local authorities, and epidemiologists.

The new “lockdown” measures will not begin until after New Year’s and Christmas celebrations have concluded. Critics of the new measure have pointed out that, in waiting to implement the new restrictions until after the holidays, Ukraine might see an additional spike in COVID-19 cases.

Mr. Shmyhal stressed that the government hoped citizens and businesses would understand the logic the government used to make the decision to implement the new restrictions. The government held numerous public discussions before adopting the resolution, which he said was necessary to stem the spike of COVID-19 cases in Ukraine.

According to Ukraine’s Minister of Health Maksym Stepanov, as of December 13, 6,451 new cases of COVID-19 were recorded in Ukraine; of those cases, 5,154 people experienced mild symptoms, while 1,895 patients were hospitalized, and 93 people died.

“Intensified measures are being taken to prevent a new powerful wave of morbidity, which may occur in particular after the New Year’s holiday. That is, tighter quarantine restrictions will be imposed to break the chain of morbidity that may occur during the holidays,” the prime minister said. 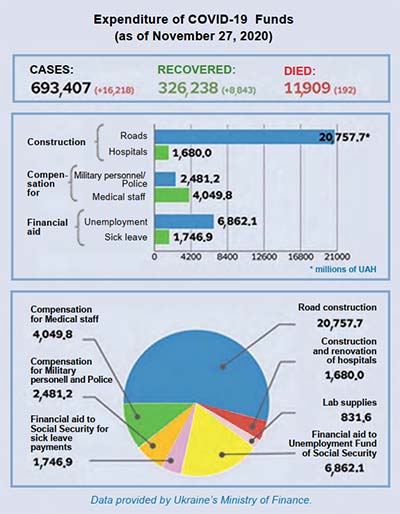 Per the resolution, cafés, restaurants, bars, cinemas, gyms, swimming pools, theaters, and shopping malls will be closed, though people can still purchase food to go, medicine, veterinary drugs, personal hygiene products, and household cleaners. Educational institutions will be closed during the lockdown, as will businesses that do not sell essential items such as food.  Entertainment, sports, and cultural events will be cancelled during the lockdown phase.

Public transportation will continue to operate, according to the prime minister, “so that people can go to work at those enterprises that will operate during the period of increased quarantine.” Grocery stores, pharmacies, banks, post offices, and hotels will also remain open.

The Ukrainian government also extended general quarantine guidelines in Ukraine until February 28, 2021, and added new regulations which prohibit large gatherings of students from different grades in the country’s schools (for example, traditional holiday school performances).  Entertainment and catering establishments have also been forced to close, as have public museums, exhibitions, galleries, etc.  Restaurants must be closed from 11 p.m. to 7 a.m. (except for delivery and takeaway orders), although they will be allowed to stay open until 1 a.m. on New Year’s Day.

Since the pandemic began, 900,666 people have tested positive for COVID-19 in Ukraine, of whom 506,718 recovered and 15,247 have died, according to the Ukrainian government.  Ukraine currently ranks 12th among all countries for COVID-19 infection rates, with the United Kingdom, Italy, Germany, France, and the Netherlands experiencing the highest coronavirus case rates in Europe.

During a meeting of the Cabinet of Ministers on December 9, Mr. Shmyhal stressed that the government is engaged in a vigorous dialogue with European partners to ensure that Ukraine receives a vaccine against COVID-19 as soon as possible. The prime minister also noted that the Ministry of Health had already submitted the first part of the vaccines’ application under the COVAX initiative.

Ukraine expects to receive 8 million doses of the COVID-19 vaccine, which is enough for 4 million people, according to the prime minister.  “Together with the active involvement of the public health center and other experts, criteria have been established to determine which groups of people will receive COVID-19 vaccines first,” said Mr. Shmyhal.

Meanwhile, Ukraine and the International Bank for Reconstruction and Development signed an agreement on December 14 for a second round of financing to address the consequences of the COVID-19 pandemic. The new loan will give Ukraine an additional $300 million to fight the pandemic, with $170 million of the total being dispersed by the end of the year.

“The main goal is social assistance and social services for low-income families, as well as assistance to victims of the negative economic impact of the COVID-19 pandemic,” said Ukraine’s Minister of Finance, Serhii Marchenko.