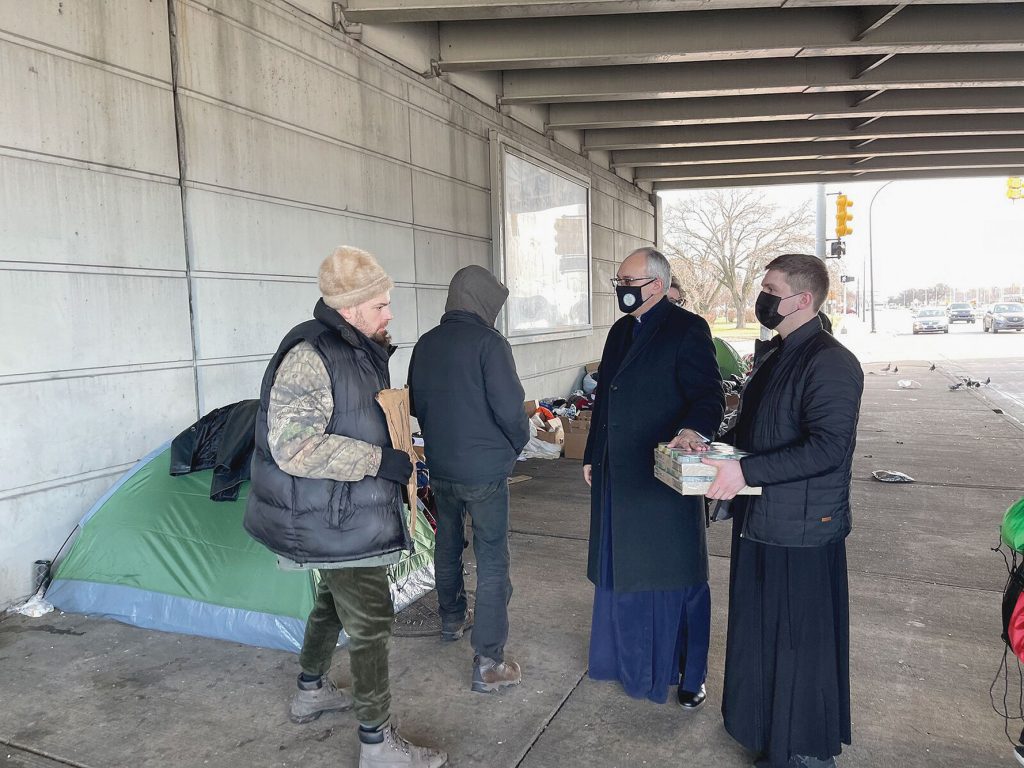 uocofusa.org
Archbishop Daniel of the UOC-U.S.A. and seminarians of St. Sophia Ukrainian Orthodox Theological Seminary distribute care packages to the homeless in Detroit.

PARSIPPANY, N.J. – Archbishop Daniel, while on his way back to New Jersey during his archpastoral visitations as ruling hierarch of the Western Eparchy of the Ukrainian Orthodox Church of the U.S.A., made a brief stop in Detroit to distribute backpack care packages to the homeless. Having just celebrated the Nativity according to the Julian calendar on January 7, it was fitting to bring peace, solace and comfort to those in need.

Archbishop Daniel handed out the packages to everyone, pausing to share a kind word of encouragement with each. Some of the men immediately opened the packages and began to inspect them. One man spied the flashlight, looked up with tears in his eyes and stated, “My prayers have been answered. I have been waiting for months for someone to give me a flashlight.”

The hierarch did not miss the teaching opportunity for the seminarians, and instructed them to always keep in mind that Christ came to serve others, and therefore as His followers how can we do anything less?