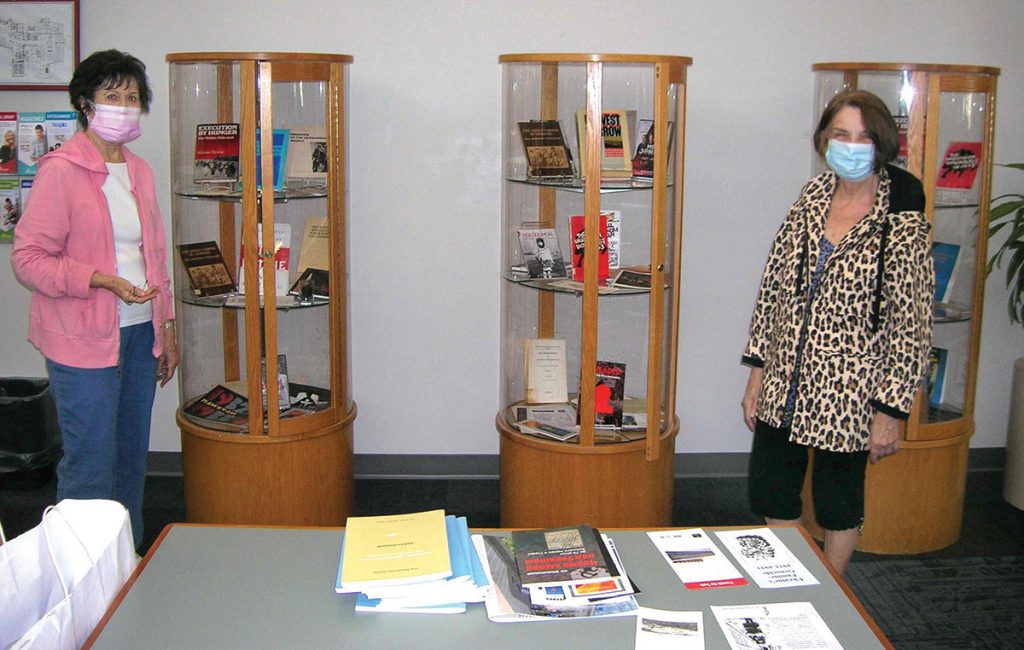 VENICE, Fla. – Despite a delay because of the COVID-19 pandemic, the annual Holodomor exhibit opened here at Jacaranda Public Library. The exhibit, which traditionally opens in November but this year opened in February, includes materials on exhibit in three glass cases.

Among the books included in the exhibit are “The Harvest of Sorrow: Soviet Collectivization and the Terror-Famine” by Robert Conquest; “Red Famine: Stalin’s War on Ukraine” by Anne Applebaum; “Bloodlands: Europe Between Hitler and Stalin” by Timothy Snyder; “Execution by Hunger: The Hidden Holocoust” by Miron Dolot; “The Ukrainian Holocaust of 1933” by Wasyl Hryshko; the book published for the dedication of the Holodomor Memorial in Washington, as well as other materials.

Included in the exhibit are many memorial concert programs that were held in honor of Holodomor victims, as well as DVDs of the films “Genocide Revealed” directed by Yurij Luhovy and “Mr. Jones” directed by Agnieskzka Holland.

Jacaranda Public Library in Venice, Fla., is open daily from 10 a.m.-5 p.m.
Special thanks to the library of St. Andrew’s Ukrainian Religious and Cultural Center (known as Oseredok) in North Port, Fla., for lending its materials on Holodomor to the exhibit, and to Lidia Bilous, Oksana Lew and Vira Bodnaruk. The exhibit was organized by Branch 56 of the Ukrainian National Women’s League of America.