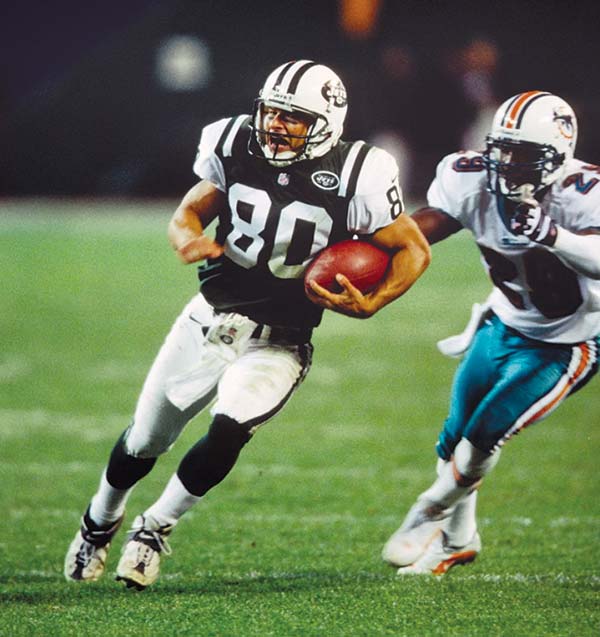 newyorkjets.com
Wayne Chrebet, playing for the New York Jets, evades a tackle while playing against the Miami Dolphins.

Coming out of high school in Garfield, N.J., he was not recruited by any Division I football schools, so he settled on nearby Hofstra University, only to become a surprise star, setting numerous receiving records. He was not regarded as an NFL prospect and thus was not selected in the 1995 NFL draft. He secured a tryout with the Canadian Football League’s Baltimore Stallions, but was released after one day. He earned a long-shot walk-on opportunity with the New York Jets where he was listed 11th out of 11 on the team’s wide receiver depth chart. To add insult to injury, Wayne Chrebet was detained at the front gate on his first day of training camp by a veteran Jets security guard who did not believe Chrebet was a football player due to his smallish frame. It took a New York Jet team official to authorize him as a legitimate walk-on and gain him entrance to the training complex.