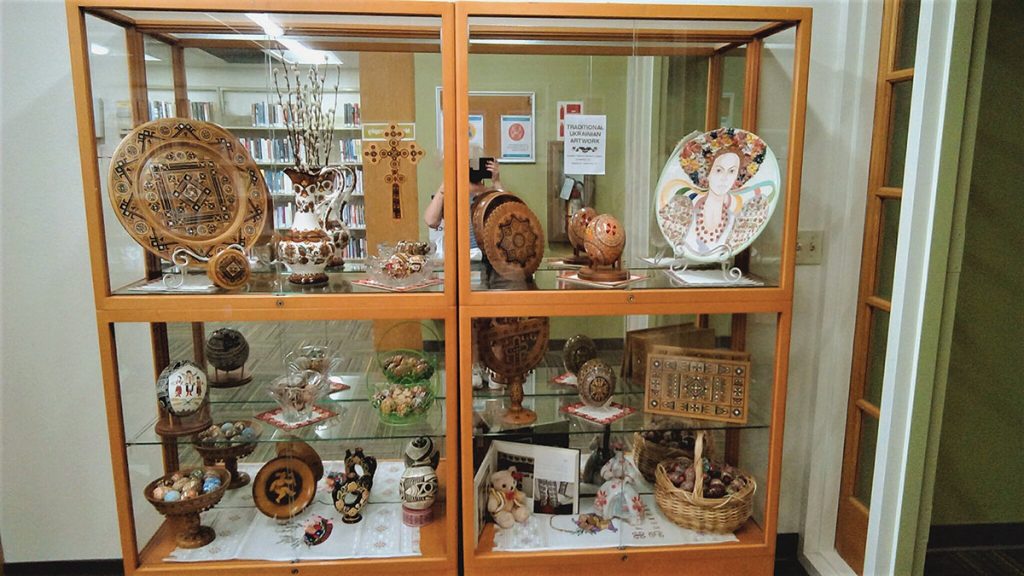 NORTH PORT, Fla. – Members of Branch 56 of the Ukrainian National Women’s League of America stepped forward this Easter to decorate the libraries of the Sarasota County Public Libraries in southwest Florida with traditional Ukrainian crafts, artifacts and art forms. The project was organized by Jaroslawa (Slava) Stefanyshyn, the branch’s cultural and museum coordinator. The president of Branch 56 of is Alexandra Popel.