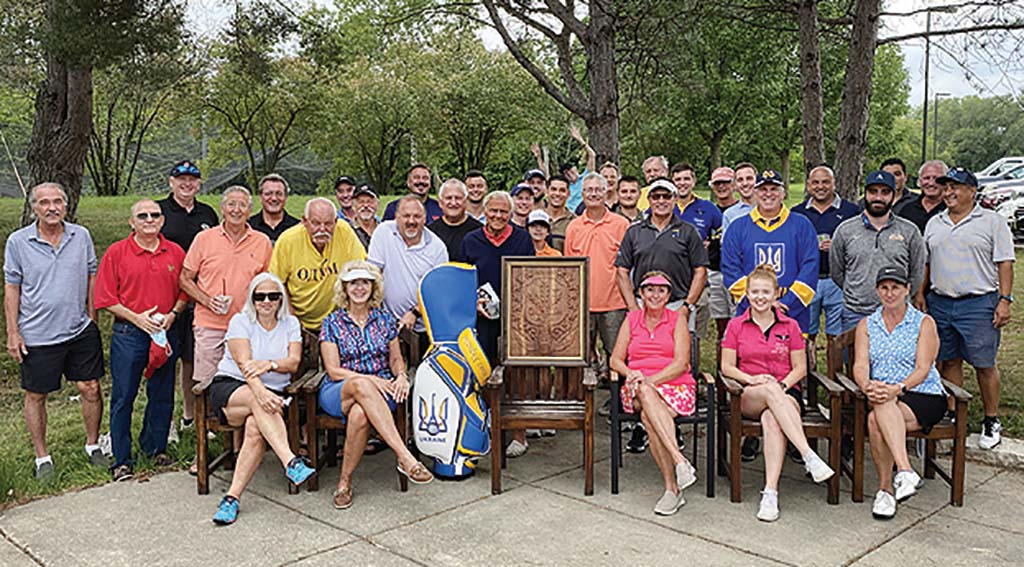 LINCOLNSHIRE, Ill. – The Ukrainian Democratic Youth Organization (ODUM) celebrated its 70th anniversary over the Labor Day weekend at the Lincolnshire Marriott Resort.  One of the weekend highlights included a scramble golf tournament held at Crane’s Landing Golf Club in Lincolnshire, Ill. The weather cooperated, allowing members of ODUM and friends to enjoy good times, fellowship and a great day of golf.

The winners in the lady’s division of the golf tournament were Lydia Stankevych, Katrusia Saldan, Mary Konowal and Natalie Mirutenko. There was a tie in the men’s division, and the victory was awarded to Andrew Baranyk, Pete Brush, Eric Dania and Andy Chychula. The foursome of Gene Andrus, Mykola Sidelnik, Jerry Petrash and Mykola Sidelnik, Jr., tied for first place.

The winners of the “closest to the pin” contests were Victor Ampulski, Mykola Washchuk, Roma Mirutenko and Mary Konowal.  The men’s and women’s “longest drive” competitions were won by Quinn Minich and Katrusia Saldan. The putting contest was won by Quinn Minich with a hole in one.

A one-of-a-kind Golf bag, donated by the Selfreliance Foundation, was won by Kostia Kourbatov.