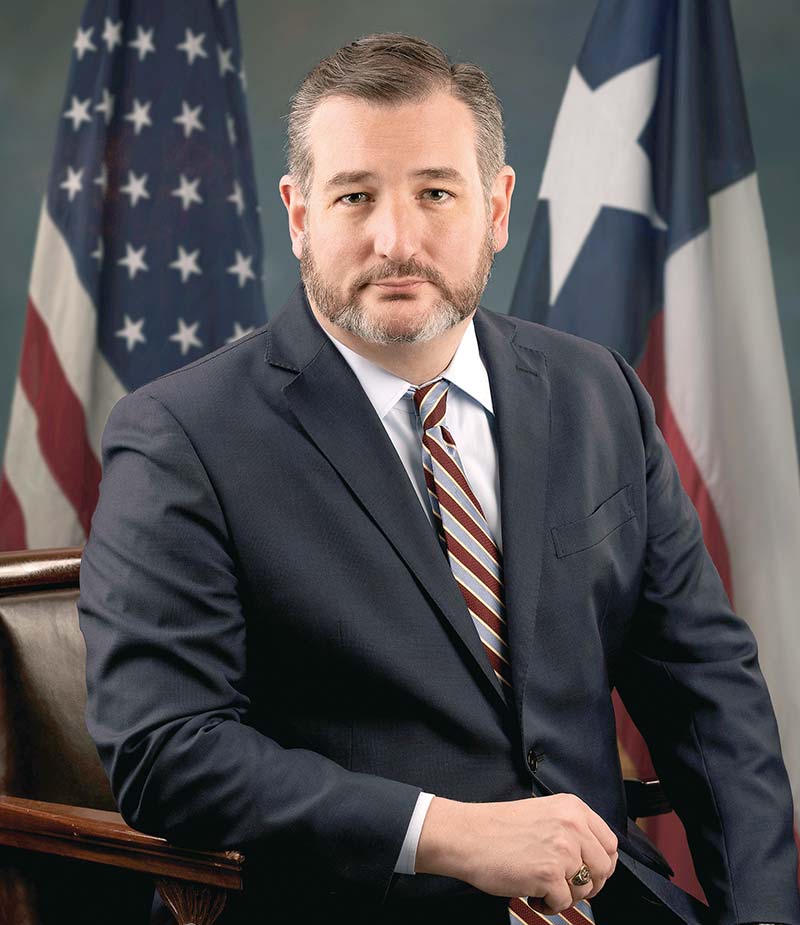 KYIV – U.S. Sen. Ted Cruz (R-Texas) continued to block the approval of dozens of candidates for positions in the U.S. State Department in an effort to force the administration of President Joe Biden to reverse its decision to waive congressional mandated sanctions on the Nord Stream 2 (NS2) pipeline.

Mr. Cruz said he is intent on defending the interests of Eastern European countries, including Ukraine.

“If you want to talk to some Europeans about this, give the Ukrainians a call. Give the Poles a call. Give our friends in Eastern Europe a call,” Mr. Cruz said.

Dozens of State Department nominees, including 59 would-be ambassadors, are waiting for Senate confirmation. The vacancies include envoys to the EU, NATO and France.

EU officials and diplomats have said publicly that they believe the situation contributed to a communication breakdown over a new strategic alliance between the United States, the United Kingdom and Australia known as AUKUS.

The rules of the U.S. Senate do give senators an ability to prevent motions from reaching the floor for a vote. Mr. Cruz and Sen. Josh Hawley (R-Mo.) recently threatened to stall all of Mr. Biden’s Defense and State Department nominees in an effort to force the president’s national security brass to resign over the withdrawal of U.S. troops from Afghanistan.

Mr. Cruz cannot indefinitely block Mr. Biden’s State Department nominees, but he has dramatically slowed the process. Mr. Cruz is objecting to the Senate’s traditional practice of confirming uncontroversial nominees by “unanimous consent.” His tactic means that each nominee requires hours of Senate floor time while other major priorities, including the president’s domestic agenda, compete for limited floor time.

Democrats have been critical of Mr. Cruz for using the Congressional appointments as leverage in his fight to cripple NS2, which is set to benefit Moscow at the expense of U.S. allies, such as Ukraine.

“It’s really an undermining of the nation’s national security process,” said Sen. Bob Menendez (D-N.J.), who is the chairman of the Senate Foreign Relations Committee.

“What we have here is an unprecedented, blanketed holding of all nominees – regardless of whether they have anything to do with the policy issues at stake,” Mr. Menendez said.

“That is not something I have seen in 30 years of doing foreign policy work in Congress,” Mr. Menendez said. “This is unprecedented.”

The news site Politico noted that EU diplomats have been reluctant to comment publicly about Messrs. Cruz or Hawley for fear that they might dig in their heels exacerbate tensions with Washington.

For European officials, the vacant posts are particularly frustrating given that European diplomats have been looking forward to rebuilding transatlantic relations with Mr. Biden and his team.

Mr. Biden waived congressionally-mandated sanctions on the owners of NS2 in May. Critics of the pipeline say it will give Russian President Vladimir Putin an advantage on European energy security and they worry the Russian president will use it as a geopolitical tool to further harm Ukraine, which operates a competing pipeline.

Mr. Biden has prioritized improving relations with Germany, which supports completion of NS2. He has said repeatedly that the pipeline was more than 90 percent complete when he took office, and he argued it would not be possible to stop the project’s completion.

Meanwhile, critics of the pipeline have pointed out that NS2 poses severe risks to Ukraine. As the head of Ukraine’s Presidential Office, Andriy Yermak, noted during the YES forum in Kyiv, Russia is already using the project as an energy weapon against Ukraine by withholding the transit of fuel and against Europe, as Russia has sought to drive up fuel prices to unprecedented levels.

On September 13, Mr. Yermak said  political statements from Washington and Berlin that they would respond if Russia demonstrated that it was using the pipeline as a weapon.

In August, Mr. Cruz accused the Biden administration of “weakness” on Russia.

“President Biden has insisted on giving a multibillion-dollar gift benefiting Russia, hurting America, and hurting our national security interests,” Mr. Cruz said on the Senate floor over the summer.

“The reports from today’s meeting are disheartening. The Biden-Harris administration remains committed to allowing Vladimir Putin to complete his Nord Stream 2 pipeline. The decision is catastrophic on its terms, a missed opportunity to begin rebuilding American credibility, and a violation of mandates passed into law by Congress to impose sanctions on the project,” Mr. Cruz said in the statement.

“President Biden mostly paid lip service to Ukraine’s security and then pivoted to tired, partisan rhetoric about climate change and green energy. This is the stuff of university faculty lounges, not the real world. Solar panels aren’t going to deter Russian aggression. That requires resolute American action aimed at ensuring our allies’ energy security, integrity and infrastructure, all of which are prerequisites to their – and ultimately our – national security,” Mr. Cruz said.

On September 10, Gazprom reported that the pipeline had become operational, though it still requires approval from European regulatory bodies.

“At the morning operational meeting at Gazprom, Chairman of the Board Alexei Miller said that this morning at 8:45 Moscow time, the construction of the Nord Stream 2 gas pipeline is fully completed,” the statement said.

Nord Stream 2 AG, the pipeline operator, announced on September 6 that the last pipe had been welded in the Baltic Sea.

Earlier, Gazprom itself noted that NS2 would come online by the end of the year and that it would pump 5.6 billion cubic meters of fuel to Europe.

Meanwhile, on September 22, the U.S. House of Representatives approved amendments to the defense budget that provided for the imposition of sanctions against NS2.

The head of Ukraine’s Naftogaz, Yuriy Vitrenko, said he hopes the U.S. Senate will approve legislation.

“Unfortunately, immediately after the inauguration in January of this year, the Biden administration decided to use its right to make an exception under the legislation on sanctions of the Nord Stream 2 operator with strange arguments – for national security reasons,” Mr. Vitrenko said.

According to Mr. Vitrenko, Ukraine is still trying to persuade the U.S. presidential administration that, precisely for reasons of “national security,” sanctions must be imposed on NS2.

“The Kremlin is blackmailing Europe. They are deepening the gas deficit in Europe, for example, by reducing transit through Ukraine. As a result, gas prices in Europe are breaking records. In this situation, the Kremlin says: if you want more gas, let us launch Nord Stream 2,” Mr. Vitrenko wrote on his Facebook page.