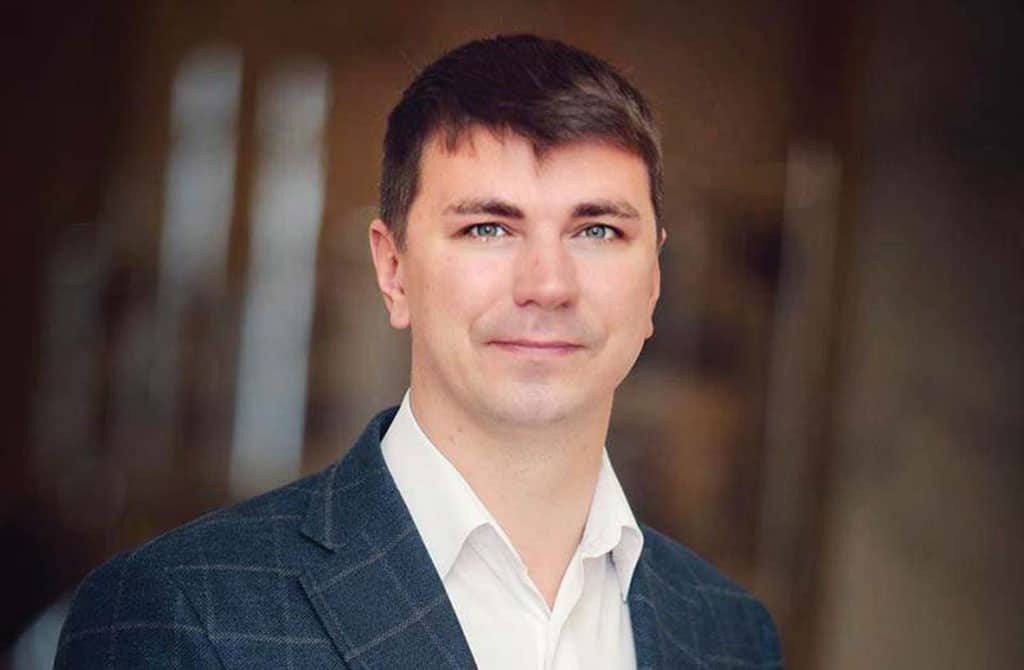 KYIV – Anton Polyakov, a National Deputy in Ukraine’s parliament, was found dead in a taxi in Kyiv on October 8, according to former speaker of the Verkhovna Rada Dmytro Razumkov.  He was 33 years old.

“People’s Deputy Anton Polyakov was found dead today. My condolences to his family and friends! I want to believe that the investigation will be objective,” Mr. Razumkov wrote on Facebook.

Law enforcement officials have not released the cause of Mr. Polyakov’s death, though they have not ruled out murder.

“On the night of his death, the victim drank alcohol in one of the entertainment establishments in Kyiv with an acquaintance. After that, they got into this person’s car and drove around the city of Kyiv,” said Ivan Vyhivskyy, chief of police in Kyiv. An acquaintance then suggested that Mr. Polyakov go home, Mr. Vyhivskyy said.

“But because of domestic problems – a quarrel with his roommate – Mr. Polyakov did not want to go, and they drove for about an hour and a half on different streets in Kyiv. After that, an acquaintance got tired of talking to Mr. Polyakov, and he offered to have a taxi take him home,” Mr. Vyhivskyy said.

“Upon checking the documents of the taxi driver, patrolmen saw Mr. Polyakov in the back seat. They asked what had happened to him. The taxi driver said that he was intoxicated with alcohol and he was sick,” Mr. Vyhivskyy said.

The police then called an ambulance and tried to help Mr. Polyakov. Emergency responders tried to resuscitate Mr. Polyakov, but they eventually pronounced him dead.

“Currently, the police are carrying out all the necessary priority investigative actions to establish the circumstances of the death of the People’s Deputy,” a police statement said. “The body of the deceased will be sent for forensic examination, which should establish the cause of death.”

The police are also investigating other possible causes of death, including a chronic illness that could have led to his death or poisoning.

“The forensic experts told the investigation that in the body of the deceased, in addition to a small dose of alcohol, there was a substance such as methadone,” Mr. Shevchenko said.

Methadone, a synthetic drug in the class of opioids, is similar to heroin, opium, codeine or morphine in its effects on the body. When used together with alcohol, methadone has a greater effect on the body, which also increases the risk of overdose and death.

“But what kind of methadone? When did it get into the body, and how could it directly affect the death of the victim? All of these questions will be answered after in-depth investigation,” Mr. Shevchenko said, adding that law enforcement is currently investigating whether Mr. Polyakov took methadone or whether he was poisoned.

Law enforcement officials identified all of the persons with whom Mr. Polyakov was in contact on the night of his death.

Moreover, the taxi driver who picked Mr. Polyakov up changed his initial explanation, according to Mr. Shevchenko.

“We have an established witness, and he testified. … The testimony he is now giving officially, under the protocol, differs from the statements he made immediately, during the on-site communication with the police, who tried to resuscitate Mr. Polyakov,” Mr. Shevchenko said.

The taxi driver initially said he picked up his passenger by accident, but, in fact, he had been following the car in which Mr. Polyakov and his friends were driving for some time, Mr. Shevchenko said, adding that Mr. Polyakov was in contact with three people on the night of his death.

Police are now further investigating the taxi driver to “fully establish the place, role and sincerity of each of the three witnesses,” Mr. Shevchenko said.

As of October 13, police have not identified a suspect in the case. The Ministry of Internal Affairs said that the first results of an investigation in the case of Mr. Polyakov’s death would come no sooner than next week.

Mr. Polyakov ran for a seat in the Verkhovna Rada as a member of the Servant of the People party from the Chernihiv region of Ukraine. On November 15, 2019, he was expelled from the party for voting violations and after conflicts with the leadership of the party and the then head of the Presidential Office, Andriy Bohdan.

On December 16 of that year, Mr. Polyakov asked to leave the Servant of the People party because of “ideological and moral principles,” he said at the time.

He then joined the parliamentary group For the Future, which is associated with oligarch Ihor Kolomoisky. Mr. Polyakov also repeatedly alleged that members of the Servant of the People receive an additional illegal payment in cash for their work as national deputies in addition to a state salary, and that, in order to receive those payments, members of the party were expected to vote as they were instructed to by the party’s leadership.

Mr. Polyakov was among deputies who flooded the so-called “Anti-Kolomoisky” law with thousands of amendments. Mr. Polyakov filed 6,000 amendments by himself. The law was aimed to prohibit the return of state-owned Privatbank to Mr. Kolomoisky. After the law was approved, Mr. Polyakov sued Verkhovna Rada Chairman Dmytro Razumkov and Verkhov­na Rada Finance Committee Chairman Danylo Hetmantsev over the law.

A funeral for Mr. Polyakov took place in Chernihiv, where a procession of hundreds of mourners walked from the Transfigur­ation Cathedral to the Chernihiv city cemetery Yatsevo.

Taras Batenko, co-chairman of the For the Future parliamentary group in the Verkhovna Rada, called on journalists to refrain from delving into Mr. Polyakov’s personal life.

“There are a lot of different insinuations about the personal life of the deceased, fantasies that are now being inflated. I would ask you to refrain from these things because it is now difficult to pass on to his family, friends and comrades,” Mr. Batenko said.

“We call on the authorities to quickly, objectively and impartially investigate all the circumstances of the People’s Deputy’s death,” Mr. Batenko said in Chernihiv during a conversation with the media near the regional philharmonic center, where a memorial ceremony honoring Mr. Polyakov took place.