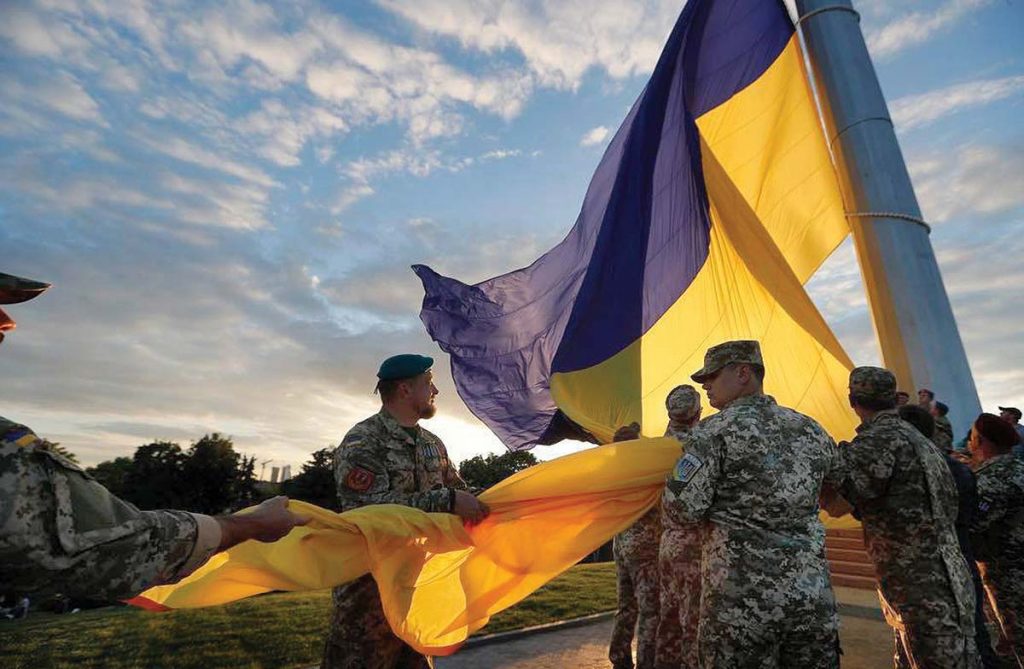 Ukrainian soldiers raise the nation’s flag on October 14 in central Kyiv in commemoration of the Defender of Ukraine Day. A national holiday, the day honors “the courage and heroism” of those who defend the “independence and territorial integrity” of the country, a presidential decree says from 2014 when ex-President Petro Poroshenko created the holiday. The following year it became a non-working holiday and replaced the Soviet-era Defender of the Fatherland Day that was celebrated on February 23. The holiday was created in the first year of war when Russian-armed formations seized Ukraine’s Crimean Peninsula and invaded certain parts of the easternmost regions of Luhansk and Donetsk. In its eighth year, the inter-state conflict is Europe’s only ongoing shooting war and has killed 14,000 people and internally displaced another 1.5 million from their homes.