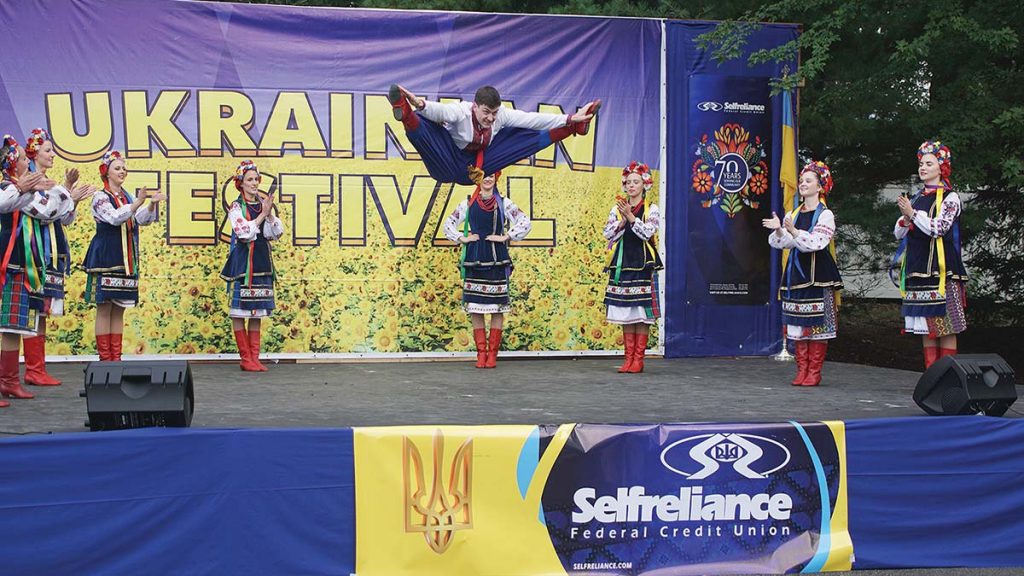 WHIPPANY, N.J. – With last year’s festival being a hybrid affair, focused on food pick-up with some live-streamed entertainment, the 12th annual festival at the Ukrainian American Cultural Center of New Jersey (UACCNJ) was back in full swing under blue, sunny skies on September 25. An abundance of delicious food, bountiful shopping opportunities and two stage shows with top-notch entertainment, ably emceed by Alexandra Zawadiwsky and Andrij Wowk, kept the crowd fully occupied.

Varenyky, borshch, holubtsi, shashlik and numerous other tasty foods were sold at the outdoor food court, while the bakery café on the other side of the building had its own steady stream of customers.  The UACCNJ’s Hoverlia social club offered a full bar indoors and plenty of cold beer, Ukrainian and domestic, with accordion music at the outdoor beer garden.