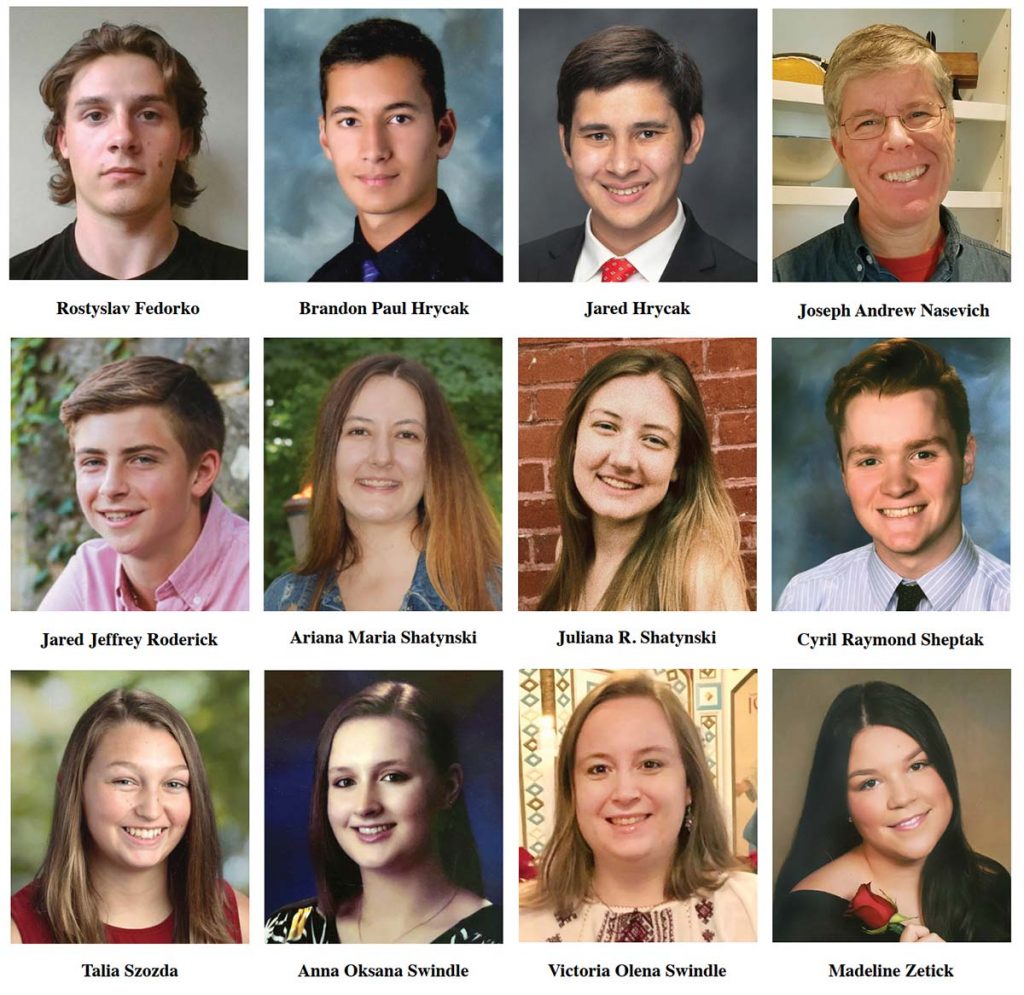 YONKERS, N.Y. – The Ukrainian American Veterans (UAV) 74th National Convention will take place on October 21-23, during which time the organization will formally recognize the winners of this year’s UAV Scholarship Awards.

Students were required to write an essay of 400-500 words about a current military or related topic. The topics for this year included: war on terrorism, human rights, the negative effects of war on American veterans, Russian aggression toward sovereign countries and Ukrainian American veterans’ contributions to America’s wars. Other criteria considered for a scholarship are academic achievement and extracurricular activities. This year 12 students received UAV Scholarship Awards.

Juliana R. Shatynski (New Jersey) attends the College of New Jersey, where she is majoring in special education. She is the recipient of a $400 award funded by the UAV Ladies Auxiliary.

Students interested in applying for the UAV Scholarship Award should fill out an application, send in their college transcript and college schedule, write an essay on one of the five topics discussed above, and email a high-resolution digital photo of themselves. Applications are available on the UAV website: www.uavets.org.

To be eligible for a UAV scholarship, applicants must be descendants of or related to a Ukrainian American veteran who is or was a member of the UAV organization. Applicants should be full-time undergraduate or part- or full-time graduate students in a degree program. Students attending accredited trade schools or institutions that have a degree program are eligible as well. Students can apply while in their senior year of high school; college attendance will be verified before the awards are given in the fall semester. Applications are accepted year-round and the deadline is August 31. Students can reapply for a scholarship award in subsequent years.