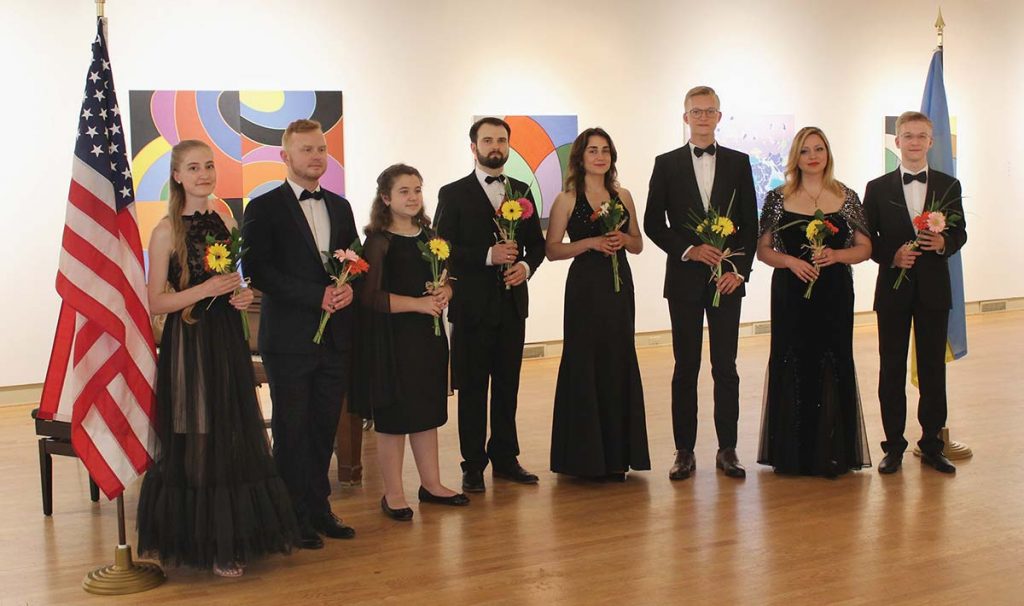 CHICAGO – Given that today Ukraine is at the center of political events, attention to the country is continually growing. Cultural diplomacy is one of the most effective methods of enhancing a nation’s reputation and cultural branding. Through culture we confirm Ukraine’s strong artistic position in the world.

Since its founding 50 years ago, the Ukrainian Institute of Modern Art (UIMA) in Chicago has served to promote the image of a modern, contemporary Ukraine through the arts. UIMA preserves and promotes contemporary art as a shared expression of the Ukrainian and American experience with ongoing programs of art exhibitions, literary events, music concerts and film screenings.

Members of UIMA joined with Ukrainians around the world to commemorate the 30th anniversary of Ukraine’s renewed independence on August 24, a very important day not only for Ukrainians but for all who cherish freedom, democracy and human dignity.

With music at the heart of its culture, from world renown composers Artemy Vedel, Maksym Berezowsky and Dmytro Bortniansky, composers of religious music to present day Maestra Oksana Lyniv, Ukraine is known for cultivating the artistic abilities of its youngest musicians and singers.

UIMA elected to honor this legacy by hosting a concert of young artists whose talent will continue to promote the rich traditions of Ukrainian culture. In total, eight award-winning musicians were featured. Being a virtual concert, it was widely viewed nationally as well as in Ukraine and other countries, bringing attention to Ukraine, its rich treasures of classical music, folk music, arias and composers. The concert gave these young talents the opportunity to celebrate and honor Ukraine through their music on this historic event. The event can be viewed on UIMA’s website: https://uima-chicago.org/.

In the second event, Mr. Oleksiuk, a media specialist, artist, educator and philatelist, presented a unique perspective of Ukraine through philately, or stamp collecting. In his presentation, Mr. Oleksiuk traced the history of Ukraine from its ancient roots in Kyivan Rus’ through the formation of the Cossack Hetmanate, the modern 1918 independence period, and the contemporary period of Ukraine’s independence from 1991.

Mr. Oleksiuk credited his father as well as a need for a deeper knowledge of his Ukrainian heritage for motivating his interest in philately.

“My parents’ stories only hinted at the complexity of historical facts,” he said, “and so I looked to stamps for answers. Stamps reveal a country’s history – its ideals, its culture, its politics, its patriotism.”

Mr. Oleksiuk is currently the secretary of the Chicago Philatelic Society and the Illinois Postal History Society. Convinced of philately’s potential to educate, Mr. Oleksiuk founded Stamps for Kids, amassing and distributing over a million stamps to children.

Readers are invited to learn more about UIMA and its program by visiting the organization’s web site: www.uima-chicago.org.