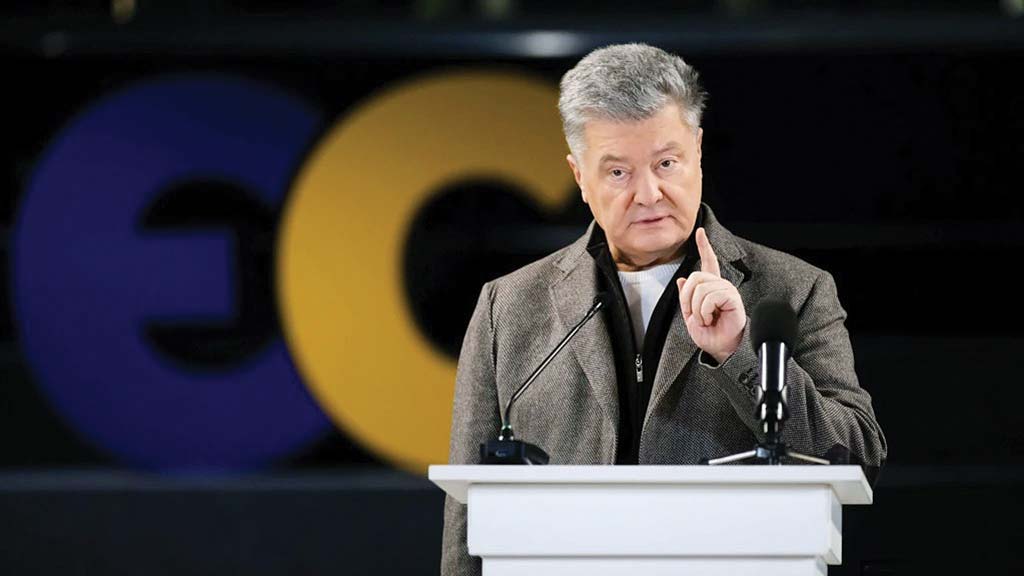 A court in Ukraine has frozen property owned by former President Petro Poro­shenko as part of a formal investigation into alleged high treason by the former head of state, which he denies.

“The court decided to seize the suspect’s property, which belongs to him on the right of ownership,” the Prosecutor General’s office said in a statement on January 6.

The State Investigation Bureau said last month that Mr. Poroshenko had been placed under formal investigation for high treason, accusing him of “facilitating the activities” of separatists fighting government forces in a conflict that has claimed more than 13,200 lives since April 2014.

During his presidency, Mr. Poroshenko is suspected of helping the separatists to sell some 1.5 billion hryvnias ($54 million) worth of coal to Kyiv in 2014 and 2015, it said in a statement.

Mr. Poroshenko has denied the allegations while accusing Ukrainian authorities of crossing “a red line” by bringing treason charges against a former head of state.

Mr. Poroshenko has been outside Ukraine since late December and has yet to comment on the ruling.

The politician, who is now a lawmaker and the leader of the opposition European Solidarity party, faces up to 15 years in prison if convicted.

He has said that he plans to come back to Ukraine on January 17.

Mr. Poroshenko’s allies said the seizure of assets was a result of President Volodymyr Zelenskyy’s personal vendetta. Mr. Zelenskyy succeeded Mr. Poroshenko as president after defeating him in a 2019 election.

“This unlawful decision aggravates the political crisis in the country,” Iryna Gerashchenko, another lawmaker from his party wrote on Facebook.

Ahead of the court’s decision on January 6, Mr. Poroshenko wrote on Facebook that he “will return to Kyiv” to appear in front of a judge “not to defend myself against Mr. Zelenskyy, but to defend Ukraine from incompetent leadership.”

Mr. Zelenskyy has not commented on the court’s decisions but previously denied wanting to wield influence over state prosecutors or the judiciary. (With reporting by Reuters)