Ukrainian Americans in Miami gather to demonstrate support for Ukraine 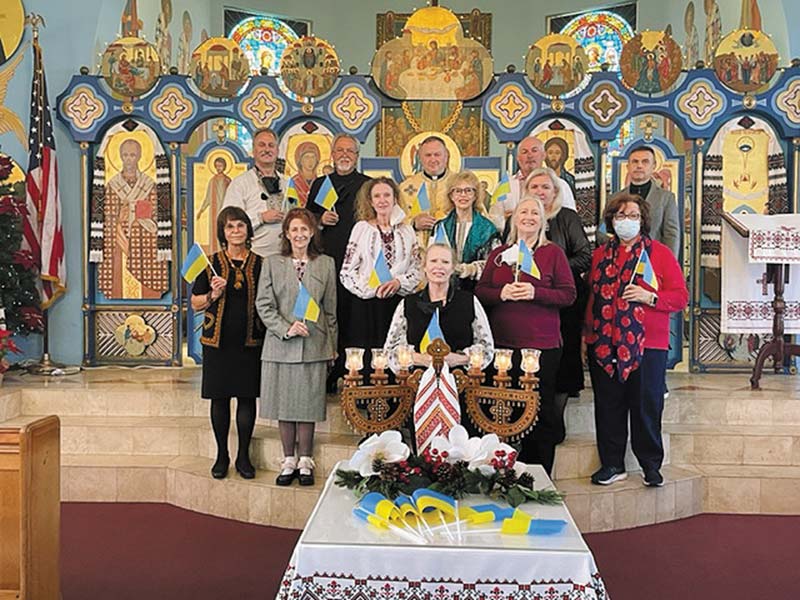 Courtesy of Oksana Piaseckyj
Members of the Ukrainian diaspora gathered in the Assumption of the Blessed Virgin Mary Ukrainian Catholic Church in Miami on January 30 to show their support for Ukraine amid the threat of another Russian invasion of the country.

MIAMI – As Ukrainian Americans across the United States stage demonstrations and commemorations relating to the apprehension of what will happen next in the Russian war on Ukraine, the south Florida community in Miami gave their solid support for Ukraine’s continued independence from the shackles of Moscow on January 30.

To show solidarity with Ukraine, the choir at the Assumption of the Blessed Virgin Mary Ukrainian Catholic Church in Miami under the direction of Donna Maksymowich-Waskiewicz, presented a short program of Ukrainian patriotic songs, encouraging the audience to sing along.

During the Divine Liturgy before the concert, Father Andrii Romankiv, pastor of the parish, prayed for peace and continued independence for Ukraine, while paying tribute to those freedom fighters who perished fighting to defend Ukraine against Russian aggression.

Moscow has currently massed some 150,000 troops along the border with Ukraine amid an ongoing war that began in 2014 when Russia annexed the Crimean Peninsula.

In his introduction to the concert, Father Andrii spoke of the long fight Ukrainians have endured for their independence, referring to those who perished establishing Ukrainian independence in 1918. He also spoke of today’s difficult times and how important it is for the Ukrainian diaspora to support Ukraine’s outreach to the world.