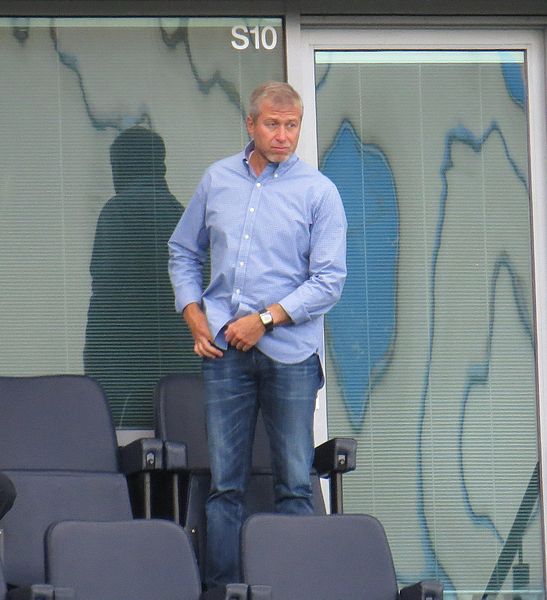 OTTAWA – Canada has added Russian oligarch Roman Abramovich’s name to a growing list of sanctions against Russia, and has allocated more than $100 million in humanitarian aid and immigration assistance to Ukrainians as their country faces an unrelenting assault from Russian military forces.

Canadian Prime Minister Justin Trudeau made the announcements on March 11 in Warsaw where he concluded a whirlwind visit to the United Kingdom, Latvia, Germany and Poland.

Under Canada’s Special Economic Measures (Russia) Regulations, restrictions have been imposed on 32 entities working in Russia’s defense sector and on five current and former Russian senior officials and associates of the regime “who are complicit in [Russian] President Vladimir Putin’s choice to invade a peaceful and sovereign country,” according to a news release from Mr. Trudeau’s office.

Mr. Abramovich, a confidante of Putin’s, is among the individuals sanctioned by Canada and, as of March 10, the U.K., where the Premier League disqualified him as a director of the Chelsea soccer club that he owns but which he planned to sell.

“The sanctions on Russian officials and oligarchs like [Mr.] Ambramovich are directed at them so that they cannot profit or benefit from economic activities in Canada or the hard work of Canadians working with companies that they have investments in,” Mr. Trudeau told reporters while in Poland.

Mr. Ambramovich holds a 28.6 percent stake in London-based Evras plc, which operates a steel mill with 1,700 employees in Regina, the capital city of the Canadian province of Saskatchewan, and which is providing more than half of the steel used to build a 609-mile expansion of an oil pipeline between Alberta and British Columbia.

At the time the U.K. added Mr. Abramovich to its sanctions list on March 10, Evras released a statement putting some distance between it and Mr. Ambramovich, who, the company said, “does not hold (directly or indirectly) more than 50 percent of the shares or voting rights in the company; has no right (directly or indirectly) to appoint or remove a majority of the board of directors of the Company; [and]is not able to ensure the affairs of the Company are conducted in accordance with his wishes.”

While in Poland, Mr. Trudeau also announced that his government would add nearly $16 million to the almost $8 million it committed to match donations to the Canadian Red Cross for its relief effort in Ukraine.

Canada will also allocate half of its $78 million contribution for humanitarian aid toward several organizations, including the World Food Program, the United Nations Refugee Agency and the World Health Organization.

A further $92 million will be used to implement new immigration measures the Canadian government unveiled on March 3 that create two immigration streams for Ukrainians who want to find refuge in Canada on a temporary or a permanent basis.

Mr. Trudeau visited the Atrium Centrum temporary refugee shelter in Warsaw and met with 15 refugees from five families whom he spoke to with translation assistance from Canadian Deputy Prime Minister Chrystia Freeland, a Ukrainian Canadian, who accompanied the prime minister on the Polish leg of his European tour.

“We are watching what’s happening in Ukraine every single day from around the world,” Mr. Trudeau told them.

In the Polish capital, Mr. Trudeau also met with President Andrzej Duda, who told him that about 100,000 people are pouring into his country daily, bringing the Ukrainian refugee population in Poland to just under two million people, or most of the three million Ukrainians who have fled their country since Russia’s February 24 invasion.

Mr. Duda told Canadian reporters that he would like Canada to “introduce some very, very, very simple procedures” to help “move this process” along regarding refugees.

Mr. Trudeau said he was not ruling out a Canadian airlift of Ukrainian refugees. “We’re looking at all options,” he told reporters.

The prime minister also met with U.S. Vice-President Kamala Harris in Warsaw, where they in part “discussed measures taken in both Canada and the United States to ban Russian oil, and explored how they could further strengthen bilateral cooperation on energy,” according to a readout from Mr. Trudeau’s office.

Meanwhile, most Canadians support the Trudeau government’s response to Russia’s invasion of Ukraine, according to the results of a recent Ipsos poll conducted for Canadian broadcaster, Global News.

Eight in 10 (81 percent) of the 1,001 Canadians who participated in the online survey said they would support further sanctions against Russia; 59 percent believe economic sanctions are the most effective way for Canada to punish Russia and potentially stop its invasion of Ukraine.

Seventy-two percent said they are in favor of providing weapons and ammunition to the Ukrainian military, while two-thirds of the respondents said Ukraine should also receive Canadian funding.

The Ipsos poll also found that 73 percent of Canadians felt that doing nothing would encourage Russia to take further military action against Ukraine. Yet only 39 percent want Canada to become directly involved in the military conflict.

Still, 69 percent support sending members of the Canadian Armed Forces to nearby European countries to deter Russia, and 84 percent would like Canada to send aid to Ukraine’s border countries that are accepting refugees.

The man who has become the global, heroic face of his country’s pushback against Russia’s intensifying aggression also scored high marks in the Ipsos survey.

On March 15, Canadians got to hear from Mr. Zelenskyy directly when he delivered a virtual address to Canada’s Parliament, a week after he spoke to British lawmakers from the House of Commons and House of Lords by video link.

Mr. Trudeau introduced Mr. Zelenskyy, who spoke before addresses from the Speakers of the Canadian Senate and House of Commons, as well as the leaders of Canada’s main opposition parties.