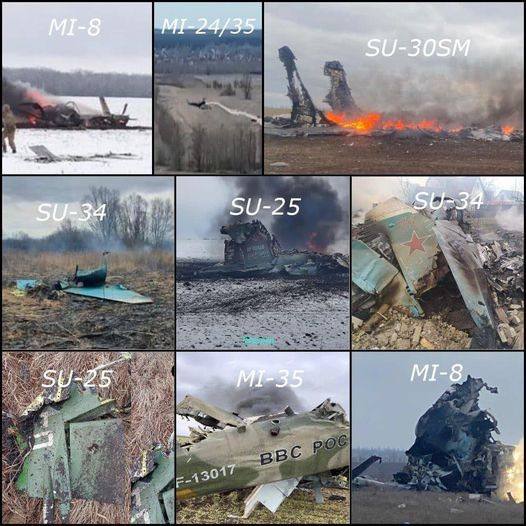 UKRAINE – Ukraine’s military estimates that about 11,000 Russian military personnel have been killed or wounded as of the morning of March 6.

Five Russian jets and four helicopters were destroyed in just one day on March 5, including Moscow’s latest Su-34 aircraft.

Forty-four Russian aircraft and 48 helicopters have been destroyed since Russia launched an unprovoked and premeditated full-scale war on its neighbor on February 24.

Humanitarian corridors are being called for in multiple besieged cities, including Mariupol in Donetsk Oblast and Kharkiv, the nation’s second largest city.

Defense Minister Oleksiy Reznikov accused “Russia of waging war against women and children,” a reference to Moscow’s relentless bombardment of civilian areas. Russian troops have also been filmed firing on unarmed civilians. In one instance filmed by CNN, unarmed Ukrainians approached Russian troops who fired at the civilians. One man could be seen falling to the ground, clutching his leg. The extent of the man’s injury could not be ascertained.

In video call with members of U.S. Congress on March 5, Ukrainian President Volodymyr Zelenskyy made a “desperate” plea for more military aircraft to defend his nation’s skies. He also called for the U.S. and NATO to create a no-fly zone over the country to prevent constant, indiscriminate Russian shelling of civilian infrastructure.