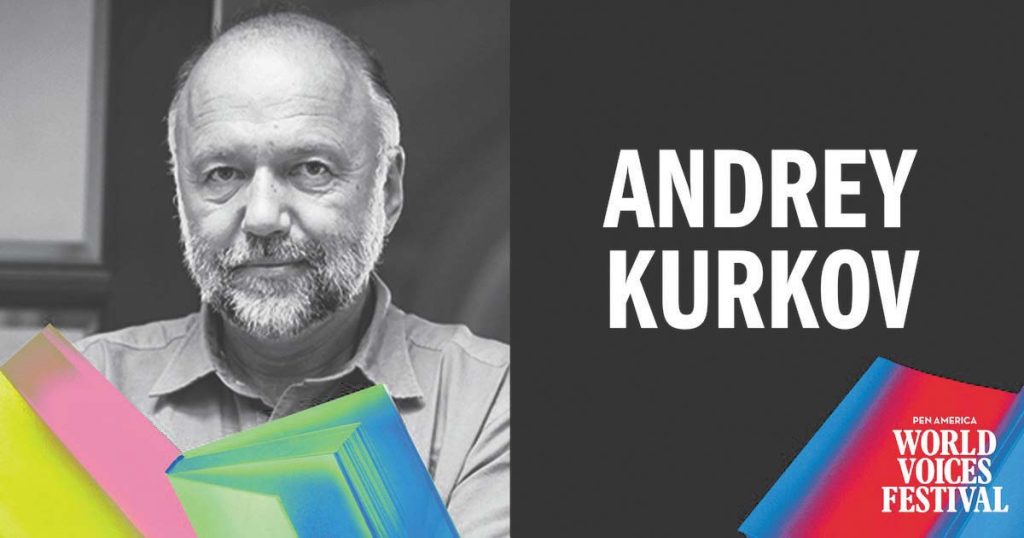 NEW YORK – PEN America announced it will hold an Emergency World Voices Congress to address Russia’s full-scale war on Ukraine and the role of the writer in times of turmoil and brutality. Ukrainian author and PEN Ukraine President Andrey Kurkov will deliver the 2022 Arthur Miller Freedom to Write Lecture on May 13, PEN America officials said.

Mr. Kurkov, a world-renowned Ukrainian writer who has documented the horrors of the current war and the resilience of Ukrainians, will deliver the lecture during the emergency congress, which was organized in direct response to Russia’s full-scale war on Ukraine and other crises.

Participants of the congress are expected to discuss solidarity, free expression and the role of writers amid times of upheaval.

“As powers across the world ride roughshod over facts in order to legitimize aggression and work their international will, PEN World Voices will aim to elevate truth and narrative as wellsprings of connection and insight,” said PEN America Chief Executive Officer Suzanne Nossel.

The congress will be held during the organization’s World Voice Festival, which will focus on the vital role literature plays in confronting urgent questions of the moment. That event will gather writers and readers in-person in New York’s Greenwich Village, while satellite events will take place in greater Los Angeles.

The festival and congress come at a time of international crisis and they will serve as a platform for writers to probe international schisms, foster dialogues that have broken down at the geopolitical level and forge connections between writers and intellectuals as a counterweight to hostile standoffs.

“PEN’s founding 100 years ago was motivated by the idea that writers worldwide should stand shoulder-to-shoulder as bulwarks against future wars. We are seizing the opportunity to gather writers in person at a time of global chaos to explore how that role can be galvanized to push beyond the imaginations of our political and business leaders in order to envision and lay groundwork for new futures,” Ms. Nossel said.

PEN America works to protect open expression in the United States and worldwide, and to champion the freedom to write. For more information about the festival, readers may visit www.pen.org/festival.