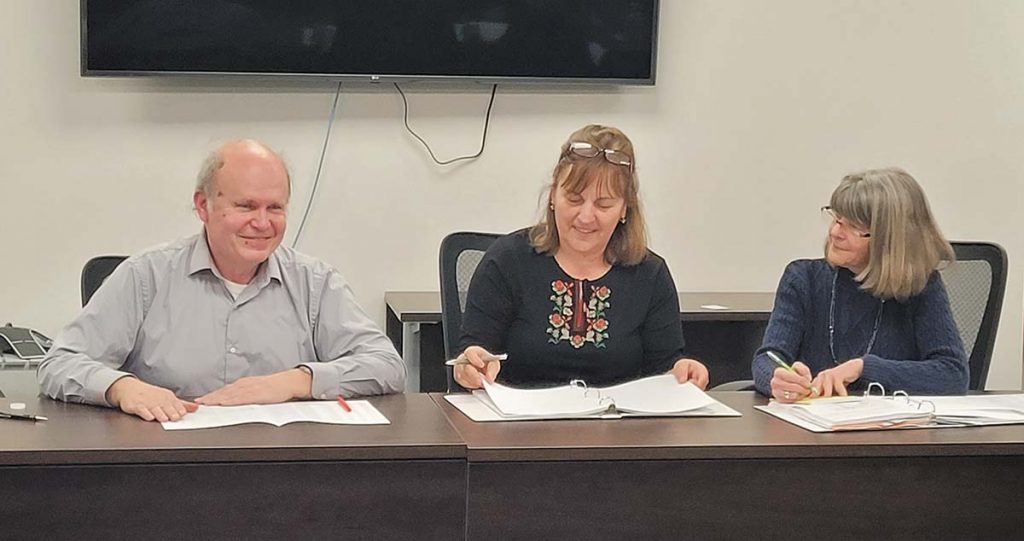 Credentials Committee members (from left) Dr. Andrew Hrechak, Maria Drich and Roma Hadzewycz during their meeting on March 31 at the UNA Home Office.

Having held their pre-convention meetings to elect delegates and alternates to represent them at the quadrennial convention, UNA branches submitted the required forms for each representative to the organization’s Home Office.

The Credentials Committee approved the credentials of 50 delegates and 23 alternates representing 30 UNA branches from across the United States and Canada.

The By-Laws stipulate that at least 30 days prior to the opening of the Convention, the names of all approved delegates and alternate delegates are to be published in the official publications of the association, Svoboda and The Ukrainian Weekly.

As announced in mid-January, the UNA Convention is scheduled for May 13-15 at Soyuzivka Heritage Center in Kerhonkson, N.Y. Branches are eligible for one delegate for each 50 members, but no more than four delegates. In addition, it is advised that alternates be elected for each delegate.

For this year’s convention, seven smaller branches took advantage of this opportunity for representation.