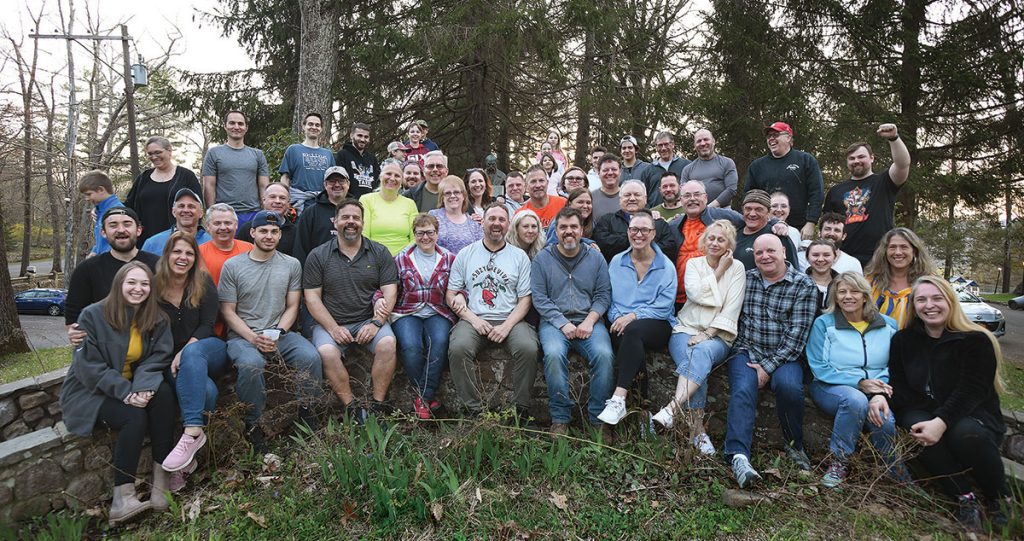 “The gem of Soyuzivka is its million-dollar view of the Catskill foothills,” Mr. Barankewicz told The Ukrainian Weekly.

With 25 years of experience in the corporate world, Mr. Barankewicz can certainly spot a good thing when he sees it. He grew up enjoying various events at Soyuzivka and he was an avid folk dancer, but now he’s brimming with ideas for the center that he loves. What’s more, since 1980, his family home has been just a stone’s throw away on Foordmore Road.

Born in Queens, N.Y., Mr. Barankewicz has earned two masters degrees in psychology (industrial and organizational) and can boast of working with major businesses like Duracell and Avon Cosmetics. Yet, ultimately, it is his understanding of people which he considers central to his future plans.

Mr. Barankewicz spoke of reengaging with the local community, and networking with Ukrainians who also used to flock to Soyuzivka.

Just prior to the Ukrainian National Association’s 40th Regular Convention, he organized a volunteer weekend, which drew 50 eager individuals who came to help work around the center.

Mr. Barankewicz described the joy of “bringing history back to life” as volunteers power-washed monuments and “legacy bricks,” trimmed branches and lawns, completed much needed repairs and installed a new handrail near the Veselka pavilion. It is the Veselka area that he considers to be “the heart and gathering place” of Soyuzivka.

“We offer very competitive rates, compared to local facilities,” he said of the center.

He has already scheduled a youth retreat for November to be led by the Very Rev. Dr. Ivan Kaszczak, pastor of Holy Trinity Church in Kerhonkson, N.Y., and St. John the Baptist Church in Hunter, N.Y.

Established programs like Heritage Day Camp and Adoptive Families Weekends will continue, he said, and he said he would like to reestablish a relationship with groups like Chornomorska Sich to once again conduct sports programs here.

In addition to innovative events, Mr. Barankewicz’s goal is to provide a higher level of customer service. To his hardworking staff that persevered through the hard times of the COVID-19 pandemic, he says: “it all starts with a smile.”

The pivotal battle for Kherson

August 05, 2:08 pmBy The Ukrainian Weekly Turning the pages back...