Ukraine counteroffensives in Kharkiv negated by Russian advances in Luhansk 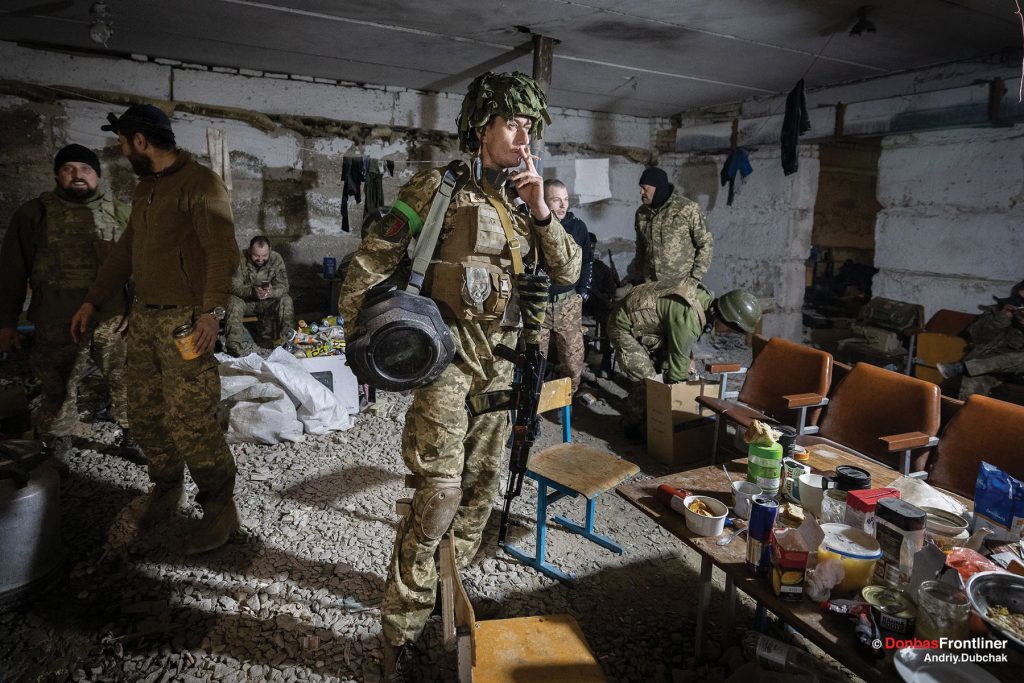 CHICAGO – A military stalemate might be approaching in Ukraine as invading Russian forces continue to retreat from areas where their leadership said on April 23 that the renewed invasion would concentrate manpower and combat power to seize the remaining terrain controlled in the eastern part of the country by Kyiv and in the south all the way to Odesa on the Black Sea coast.

Kyiv officials reported over the week that occupying Russian forces were pushed back so far close to the north and northeastern border from Kharkiv that Ukraine’s second-largest city is now almost beyond artillery range.

“The withdrawal of Russian forces from Kharkiv Oblast is a tacit recognition of Russia’s inability to capture key Ukrainian cities where they expected limited resistance from the population,” British Defense Intelligence said on May 12.

However, once those forces are redeployed, they will join existing forces along the “Siverskyi Donets River, forming a blocking force to protect the western flank of Russia’s main force [of]concentration and main supply routes for operations in the vicinity of Izium,” British Defense Intelligence said.

The region’s military administrative head, Serhiy Haidai, said on May 12 that “the Russians do not change tactics: they destroy cities and only then enter the scorched earth.”

What remains under Kyiv’s control in Luhansk are the combined villages and urban areas of Severodonetsk, Lysychansk, Horseke and parts of Rubizhne, he said.

Russian media, such as state-run RIA Novosti, have reported that Rubizhne has been taken, however, and the main salient point remains the Siversky Donets River in the area. Russia has formed with what appears to be a bridgehead in the northern part of the area, while Ukraine’s forces control the southern banks of the river.

On May 11, Ukraine’s military indicated the penetration by saying in a situational report that the “enemy is trying to retain its positions on the right bank [west]bank of the Siversky Donets River.”

An abundance of video and pictures appeared on social media that were geographically located. They showed fierce fighting near the Luhansk regional village of Bilohorivka, located some 15 kilometers to the west of Severodonetsk.

At least two Russian pontoon bridges were destroyed in the area on the river together with dozens of pieces of Russian armor, including tanks and infantry fighting vehicles. Russian media reported that four bridges had been erected, suggesting that a bridgehead was established.

If Ukraine keeps pushing out the invading forces from Kharkiv, they could also encircle Russian forces in the Izyum area, a town that borders both the Donetsk and Luhansk regions. The same behind-the-lines tactics were used to slow Russia’s advance on Kyiv when logistical supply lines and rear forces were decimated in late February and throughout March.

Still, Russia is spearheading an advance toward Slovyansk in the Donetsk region and, if the Ukrainian forces get surrounded in a pocket or isolated pockets in Luhansk Oblast, there is only one road out now from the Severodonetsk and Lysychansk area.

A thrust of Russian forces in that area means the only route of retreat for Ukrainian forces is toward Bakhmut (formerly Artemivsk) in the Donetsk region. The city was temporarily occupied in 2014 when Russia first invaded, forcibly seizing Ukraine’s Crimean Peninsula and occupying parts of the Donbas.

In other areas of the 500-kilometer front line in the east, especially in the Donetsk region, no notable Russian gains were seen over the past week.

A combined defending force at the Azovstal steel plant in the Donetsk region’s second largest city of Mariupol remains besieged. The Russians have gained access to the plant’s vast tunnels allegedly with the help of collaborating employees. Two underground hospitals have been destroyed, the Azov Regiment of the National Guard unit said.

Conflicting reports about the fate of civilians inside the plant have been circulating. Ukrainian President Volodymyr Zelenskyy said all civilians from the steel plant have been evacuated, whereas Donetsk regional Gov. Pavlo Kyrylenko said that 100 civilians remain inside. Azov Regiment officer Ilya Samoilenko also couldn’t confirm that assertion during an interview with British-based Sky News.

Verkhovna Rada lawmaker Iryna Vereshchuk said that an “interim proposal” is being negotiated with the Russians to exchange wounded Ukrainian soldiers at the plant for Russian prisoners of war.

Odesa, the largest Black Sea city in Ukraine, continues to sustain Russian bombardment. Reports say that critical infrastructure and a shopping mall were struck over the week, mostly by expensive rockets launched from Russian vessels.

Ukraine’s occupied Snake Island on the Black Sea is still contested. The occupying forces on the island near NATO-member Romania took a beating over the week. Visual evidence showed several Russian assault vessels being destroyed by Ukrainian aerial drones, an alleged command post being struck by projectiles and a Russian Mi-8 helicopter smashed. Soldiers could be seen on videos disembarking from the helicopter.

Russian media claimed the destroyed helicopter was Ukrainian and was part of an alleged attempt to liberate the island.

British intelligence said that if Russia “consolidates its position” there with “strategic air defense and coastal defense cruise missiles, it could dominate the northwestern Black Sea.”

In occupied Kherson, the only major Ukrainian city Russia fully controls, “Russian forces are attempting to consolidate their positions in western Kherson Oblast to push into Mykolaiv Oblast,” the Washington-based Institute for the Study of War said.

Belarusian special forces have started to hold drills near Ukraine’s northern borders, ostensibly due to what it says are “NATO threats.” U.S. and British intelligence have posited that the training is “posturing” to keep a portion of Ukraine’s military stationed in the area, especially in the western part of the country, so that they cannot reinforce the eastern and southern combat zones.

More than 26,000 Russian servicemen have been killed since February 24 when the Kremlin tyrant Vladimir Putin ordered a renewed invasion of the neighboring country, according to Kyiv officials.

In less than three months, Russia’s manpower and combat power have been drastically depleted. Nearly 1,200 tanks costing millions of dollars have been destroyed or captured, estimates by Ukraine’s military said. Nearly 200 aircraft have been downed along with more than 160 combat and assault helicopters.

In a rare omission of Ukraine’s casualties, which have purposefully not been disclosed, the National Guard said on May 11 that 501 guardsmen have been killed since the start of the full-scale war. An additional 1,697 servicemen have been wounded since February 24.

In mid-April, Mr. Zelenskyy said that Ukraine had lost up to 3,000 troops, with some 10,000 people wounded.
About 1 million Ukrainians have taken up arms against the invading Russians, Deputy Defense Minister Hanna Maliar said during a briefing on May 11. They include regular service personnel and territorial defense units.

In addition to the legislatures of Estonia and Lithuania, the Czech Republic’s parliament passed a resolution designating Russia’s renewed invasion an act of genocide.

Kyiv officials say that more than 1.2 million Ukrainians, mostly women and children, have been deported against their will to Russia after going through so-called filtration camps that determine if they’re perceived threats to Russian interests. Which, in essence, means they support Ukrainian statehood, Ukrainian officials have said.

The Financial Times reported that “Russia is trying to destroy” Ukraine’s agricultural sector “by stealing valuable grain stocks and machinery.”

Such exterminatory moves have “drawn parallels with the Soviet policy of crop confiscations … in the 1930s. Some 4 million people died in the ensuing [man-made] famine in Ukraine, known as the Holodomor, or death by starvation,” the London-based publication said.

Agriculture Minister Mykola Solsky said that so far between 400,000 and 500,000 tons of grain from across Russian-occupied territory has been seized, and most of it has been transported to Crimea.

More than 750 people have been arrested since the renewed invasion began, allegedly for taking part in subversive activities, the National Police reported. Eighty-eight such sabotage units have been detected.

Ukraine’s domestic spy agency, the Security Service of Ukraine (SBU), reported this week that 11 Russian snipers were taken prisoner in the Kharkiv region during a special combat mission. Three members of an alleged reconnaissance group in the Khmelnytsky region who “were planning to carry out subversive actions … were neutralized,” the SBU said on its Telegram page.

Without specifying the date of Russia’s initial or renewed invasion, the SBU reported having “neutralized” more than 140 “enemy” sabotage and reconnaissance units and uncovered “4,000 collaborators.”