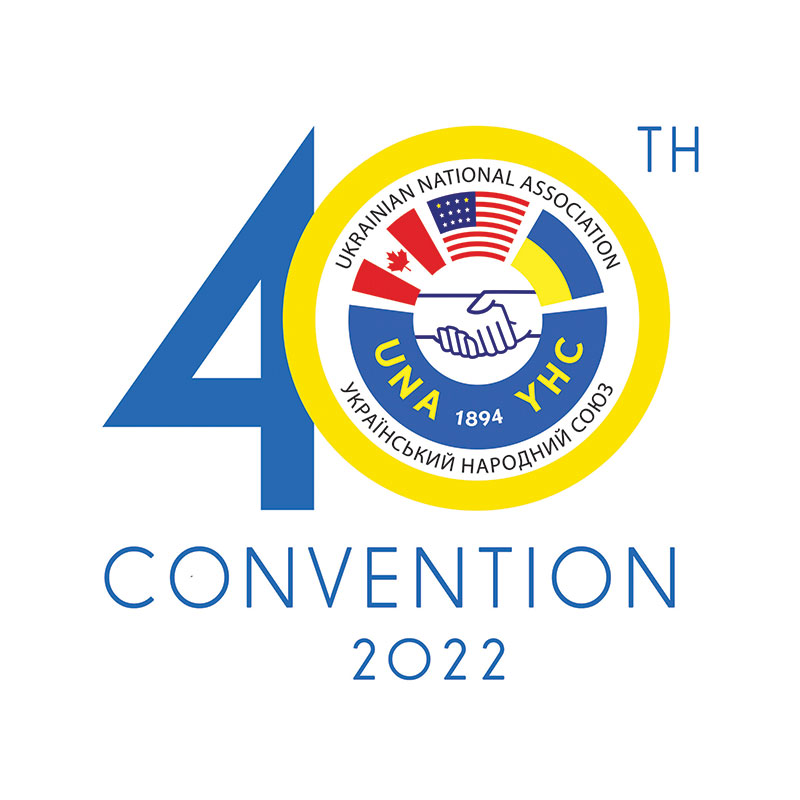 The Ukrainian National Association (UNA) held its 40th Regular Convention at the Soyuzivka Heritage Center in Kerhonkson, N.Y., on May 13-15.  The Ukrainian Weekly’s reporting on that convention was significantly impacted by the need to provide readers with information about Russia’s full-scale war on Ukraine. What follows is additional coverage of the UNA’s 40th Regular Convention.

The following are resolutions and recommendations of the 40th Regular Convention of the UNA (as amended and accepted):

Whereas the Ukrainian National Association was founded 128 years ago as a fraternal benefit society to provide insurance to its members, and has been maintained as such until the present, and

Whereas there is an imperative to continue to preserve this organization as a fraternal benefit society into the future,

Therefore, be it resolved that any proposed changes to the legal structure of the UNA, such as sale, merger or acquisition, can only be considered by convening a Special Convention for that purpose where delegates can vote on the proposed changes, and can approve or reject proposals that they received well in advance of the Regular Convention.

Whereas consecutive UNA Executive Committees and Executive Officers have made a series of decisions during the past 20 years to reduce the cost of publications, and

Whereas one of the consequences has been that minutes, reports and all other materials of UNA Conventions and meetings of the General Assembly have not been printed, resulting in a loss of continuity in the recording of UNA decisions and history,

Therefore, be it resolved that the COO [chief operating officer]of the UNA organize an archive of online materials by the end of 2024, beginning with the 35th UNA Convention in 2002, of materials from UNA Conventions and General Assembly meetings and this practice be continued into the future with the Corporate Board of Directors. This archive is to be secured and accessed only by delegates of future conventions, by editors and staff of the publications, by members of the Corporate Board of Directors and other individuals deemed appropriate by the COO. Any and all materials to be distributed or made public are subject to legal review.

Be it resolved that:

The 40th UNA Convention directs the newly elected Corporate Board of Directors to resume the earlier practice of reporting on the work of the UNA’s leadership on the pages of the association’s Official Publications, Svoboda and The Ukrainian Weekly. News stories should be published about the Corporate Board of Directors meetings and decisions, about annual meetings of the General Assembly and about UNA Conventions. Once a year a financial report must be made available to the membership through the publications, which are also available online.

The 40th UNA Convention also directs the Corporate Board of Directors to be mindful of the reporting requirements stipulated in the UNA By-Laws, whereby the UNA’s Official Publications must publish pre-convention announcements and related materials in accordance with the deadlines indicated in the By-Laws, and whereby the UNA membership must be informed of any amendments to the By-Laws via notifications in the official publications.

The 40th UNA Convention directs the Corporate Board of Directors to properly use the UNA Official Publications as a communications vehicle, the goal of which is to inform the UNA membership and the community-at-large about the UNA’s activity and thus promote awareness of the UNA’s significant role in the Ukrainian community.

Whereas changes to the UNA By-laws in recent years have resulted in the need for a new Corporate Manual, and

Whereas materials related to branch secretaries and branch activities were separated from the draft Corporate Manual submitted to the New Jersey Department of Banking and Insurance (DOBI) and combined into a separate draft Fraternal Handbook, and

Whereas, neither draft has been finalized and both are needed for the correct and efficient functioning of the organization,

Be it resolved that the UNA Convention directs the Corporate Board of Directors to finalize and ratify both drafts within nine months of assuming office with the understanding that a committee that includes insurance and legal professionals, writers and editors be assembled to complete this effort.

Whereas the UNA is a membership-based fraternal organization, and

Whereas these members are represented through delegates at conventions, and

Whereas knowledge of the UNA is a prerequisite of being a delegate,

Therefore, let it be resolved that no individual can be a delegate, a candidate for UNA elected office, or participate in any capacity in a convention other than as a guest without having been a UNA member for two years prior to the start of the convention.

Whereas the UNA has a strong history of aiding in the resettlement of displaced persons from Europe to the United States, and

Whereas Russia’s war against Ukraine has created a huge humanitarian crisis in Europe as Ukrainians flee their homeland, away from war, and

Whereas the United States government has introduced a humanitarian parole program titled Uniting for Ukraine (U4U) to help sponsor displaced Ukrainian citizens for resettlement in the United States, and

Therefore, be it resolved that the delegates of the 40th Convention of the UNA recommend that UNA Executive Officers meet with the President and Board of Directors of the Ukrainian National Foundation to discuss the possibility of offering Soyuzivka as a temporary place of residence available to the U4U program, as well as meet to explore other options of how both the UNF and the UNA can participate in the U4U program, including sponsorship by UNA branches.

Be it resolved that:

The UNA shall send a message of earnest support for Ukraine, for her people and her warriors for full victory and lasting peace. Slava Ukraini! Heroyam Slava!

Members of the Resolutions Committee: 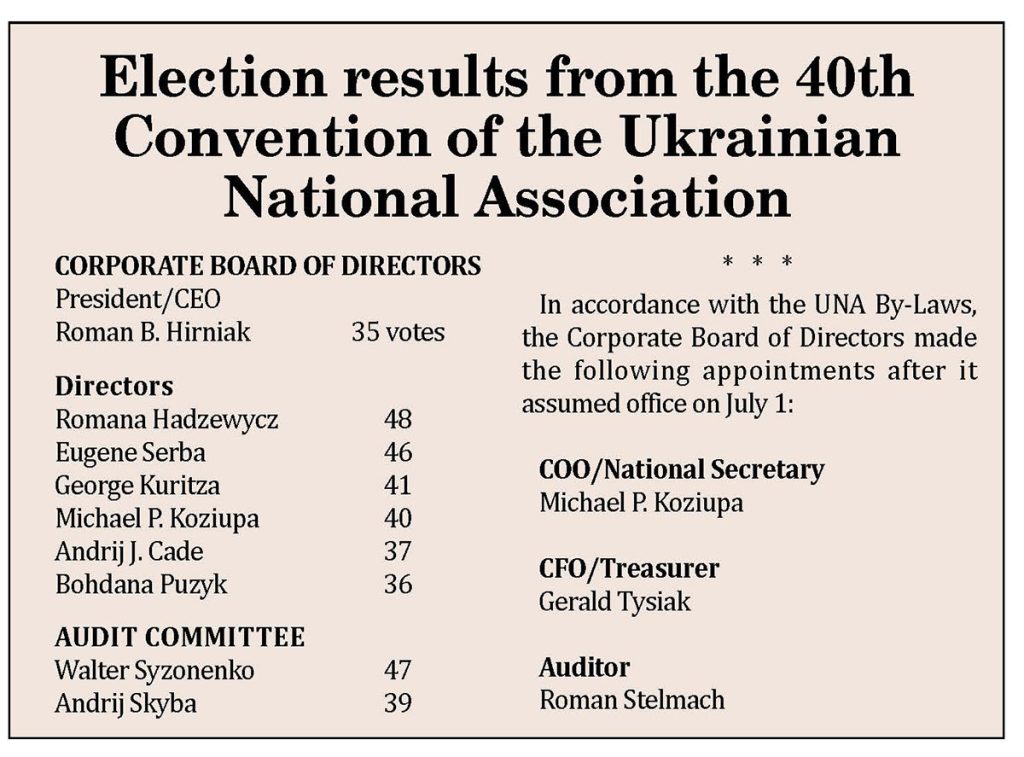